Amazon Fire TV users can now stream live TV in India. This new feature encompasses all live TV channels offered by streaming apps in one place that helps make discovering live content easier. The new Live tab on the navigation panel also offers Channel Guides to see which show is currently running, and upcoming shows through the day. The live TV feature is rolling out for existing users starting today and new customers should see the feature in the coming weeks.

Fire TV and Fire TV Edition users in India are getting a new Live tab. As mentioned, the rollout has begun from today and it will be completed over the next few weeks. For new customers, the Live tab will be available within a few weeks after the device is activated. Amazon has initially partnered with SonyLIV, Voot, Discovery+, and NexG TV, whose channels will show up under the Live tab. The company said in a press release that it will integrate live content from Zee5 soon.

The new Live tab will eliminate the need for a user to head to separate apps for watching TV channels. It also eradicates the need to tediously remember which channel belongs to which streaming provider.

Apart from the new Live tab, Fire TV users are also getting a new On Now row on the Fire TV home screen that makes it easier to find, browse, and access live content from subscribed apps. The On Now row will particularly highlight all programmes that are currently live on different channels. This row will only be accessible to new users once they download and subscribe to the integrated apps. Existing customers will see the row based on their app downloads and subscription status. Shows featuring in this row will have a red bar at the bottom of their thumbnail, indicating the real-time progress of the show. 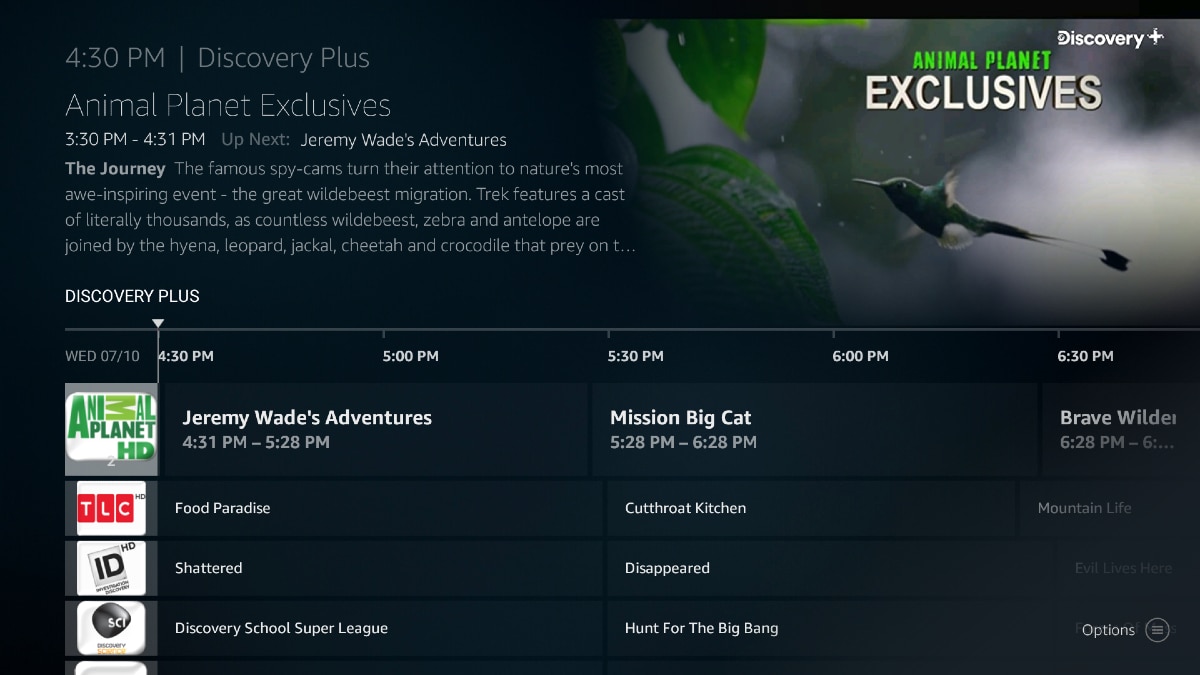 At the bottom of the Live tab, there is a new channel guide that has been integrated to show upcoming content from subscribed apps. This is accessible from the Options row of the Live tab. This integrated guide allows customers to choose a channel of their choice and browse what's on now. For Fire TV Lite customers, channel guide can be accessed through the guide button on their Alexa Voice Remote Lite. After the live TV feature is activated, customers can also access their favourite channels by simply saying, “Alexa, Watch [channel name].”

The Live TV feature has not yet arrived on our Fire TV device. As the company notes, it could take a few weeks for all users to receive it.

Further reading: Fire TV, Fire TV Edition, Amazon, Fire TV Live Streaming
Tasneem Akolawala Email Tasneem Tasneem Akolawala is a Senior Reporter for Gadgets 360. Her reporting expertise encompasses smartphones, wearables, apps, social media, and the overall tech industry. She reports out of Mumbai, and also writes about the ups and downs in the Indian telecom sector. Tasneem can be reached on Twitter at @MuteRiot, and leads, tips, and releases can be sent to tasneema@ndtv.com. More
Microsoft Office to Get a New Version Without Subscription Model in Second Half of 2021