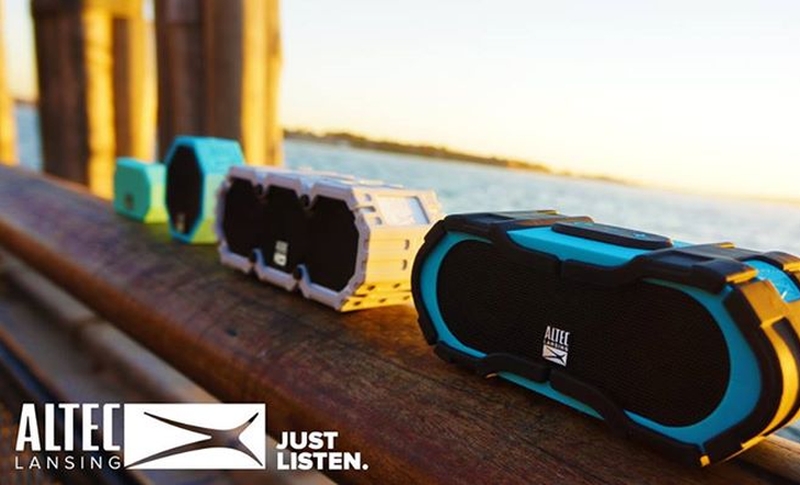 Altec Lansing is one of the most storied names in the personal audio space, but although it was earlier available in India through licensed partners, the brand pulled out after a change of ownership, and is only returning to India now. The brand has been licensed in India by Trade Bazaar, a part of the Konark group, and will be sold online via Flipkart, and after a short delay, the products will also be available offline at stores such as Croma and Reliance Digital, particularly in locations such as airport outlets, according to Trade Bazaar representatives.

At present, Altec Lansing is launching in India with a range of Bluetooth speakers - starting with the waterproof Mini H2O speaker (at Rs. 3,600), but also including the rugged Mini Lifejacket 2 and Lifejacket 2 (at Rs. 8,000 and Rs. 14,000 respectively), which are described as "everything proof", and the Boomjacket (at Rs. 18,000) which is even bigger and still as durable.

The company will be following up with headphones starting from Rs. 3,350 to Rs. 7,999 for wireless headphones, and will introduce Altec Lansing's higher-end home-audio solutions to India in 2016.

It also stated that the Altec Lansing Bluetooth speakers will be covered for one year for any kind of manufacturing defect - in the case of the everything-proof Lifejacket, the company says that the speaker should keep working even if you fully submerged it in water (as long as the covers are sealed), or dropped it, or even - as the demo video showed - drove a car over it. If the speaker does not work, then Trade Bazaar will replace it, the company claimed.

According to the Trade Bazaar spokespersons, the company will be importing the speakers at present, with plans to work with Altec Lansing to have a make in India solution in the future, so that the speakers can be made entirely in the country - there are no specific plans in place, but it was suggested that there could be manufacturing facilities in Maharashtra in the future for Altec Lansing.