Airtel Xstream Box, Xstream Stick Launched in India: Price, Plans, and Everything Else You Need to Know

Airtel Xstream Box and Xstream Stick are both priced at Rs. 3,999. The former offers access to DTH channels in addition to OTT content from the Xstream app.

Airtel on Monday launched its Xstream Box and Xstream Stick in India, as part of its rebranding of its Airtel TV platform to Airtel Xstream. Alongside, the company detailed the Xstream app's refreshed user interface, and said users will be able to access the streaming service on the Web as well. The rebranded launch comes just ahead of the Jio Fiber commercial launch – which bundles the Jio Set-Top Box for OTT app access and ‘console-like gaming experiences' on televisions. Read on for more details about the Airtel Xstream Box and Xstream Stick, including their price in India, specifications, subscription plans, and features. 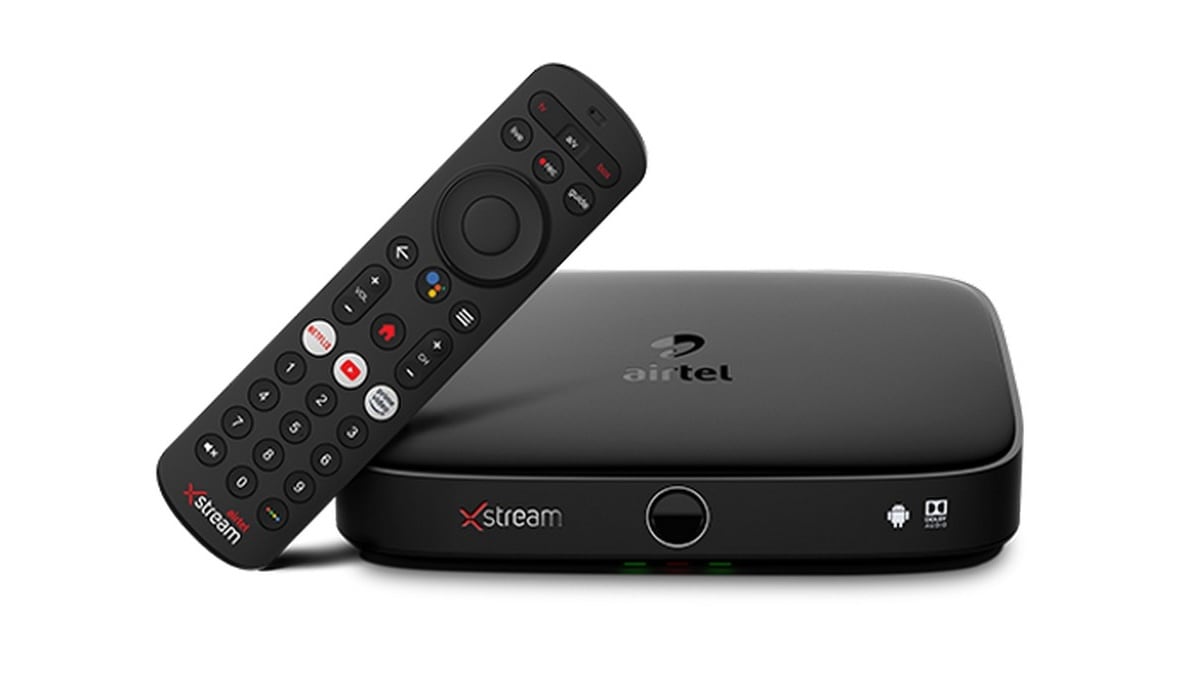 The Airtel Xstream Box will be available via Airtel retail stores, Airtel.in, e-commerce sites (like Flipkart and Amazon), as well as retail chains like Croma and Vijay Sales. Airtel is touting the Xstream Box set-top box to combine both satellite TV and OTT content, something its Airtel Internet TV set-top box (launched in 2017) already offered.

Buyers of the Airtel Xstream Box will have the option to choose from over 500 TV channels, and can also access content via the preloaded Airtel Xstream app (said to feature over 10,000 movies and shows). OTT content partners include ZEE5, Hooq, Hoi Choi, Eros Now, HungamaPlay, ShemarooMe, Ultra, and Curiosity Stream. Users will also have access to over 6 million songs from Wynk Music's library.

The set-top box runs Android 9.0 Pie, and gives users access to the Google Play Store, letting them download apps, including entertainment offerings such as Amazon Prime Video, Netflix, and YouTube. As with the Airtel Internet TV set-top box, the Airtel Xstream Box comes with Wi-Fi connectivity and a built-in Chromecast, apart from Bluetooth connectivity. There is a universal remote with Google Assistant-based voice search functionality apart from Netflix, Amazon, and YouTube hotkeys.

Finally, the company is also touting access to the Airtel Store for “advanced gaming with high-end graphics” on the Xstream Box, an obvious answer to the much-touted Jio Set-Top Box. It also supports streaming in 4K. 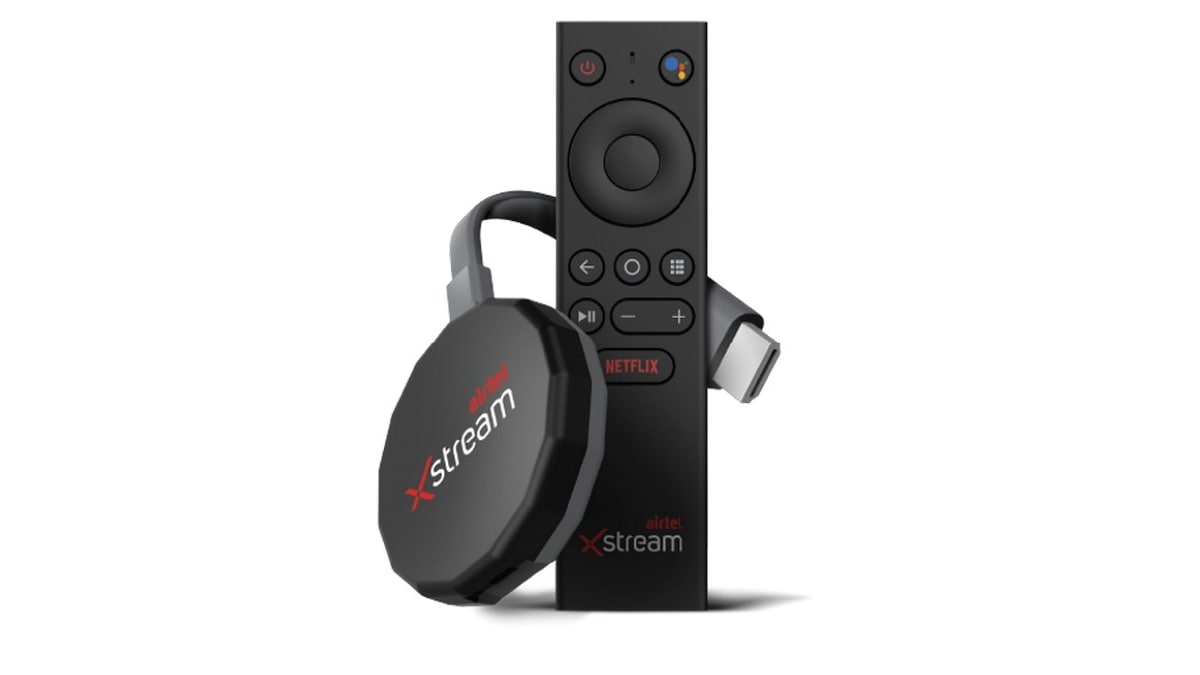 The company claims the Airtel Xstream Stick offers built-in Chromecast, features a “best-in-class” 1.6GHz processor, and a voice search-enabled remote with Bluetooth v4.2 functionality. The Airtel Xstream Stick price in India has been set at Rs. 3,999, while Airtel Thanks Platinum and Gold customers get complimentary access to the content subscription plan, while others get the first month free, and thereafter have to pay Rs. 999 for an annual subscription. The Airtel Xstream Stick will be available online exclusively via Flipkart, apart from Airtel.in. Offline, interested consumers can buy it via Airtel retail stores, as well as Croma and Vijay Sales outlets.

Airtel Xstream app, Web interface
Now, we get to the Airtel Xstream app – which is a revamped version of Airtel TV app. The rebranding was spotted last month, and Airtel says the redesign brings a new user interface that focusses on content discovery and recommendations. It provides access to 400 live TV channels, as well as over 10,000 movies and shows. Airtel Xstream app subscribers can also access services on the Web, by visiting Airtelxstream.in.

Further reading: Airtel Xstream Box, Airtel Xstream Stick, Airtel TV, Airtel
Abhinav Lal Email Abhinav
Abhinav Lal is News Editor at Gadgets 360 and has been tracking all things tech for over a decade now. He has written extensively on a range of topics including apps, gaming, mobiles, PCs, and Web services in his tech journalism career. Apart from editing news, he also works on reviews and features, while taking care of the product side of things at Gadgets 360. Write to him at abhinavl@ndtv.com or get in touch on Twitter. You will most likely find Abhinav editing stuff for Gadgets 360, ...More
iPhone 11, iPhone 11 Pro, iPhone 11 Pro Max Specifications and Price Leaked, Pre-Orders Tipped to Start on September 13
Oppo A9 2020 Teasers Reveal Quad Rear Cameras, Snapdragon 665 SoC, and 5,000mAh Battery

Airtel Xstream Box, Xstream Stick Launched in India: Price, Plans, and Everything Else You Need to Know
Comment
Read in: हिंदी বাংলা