You may have heard that 4K and HDR offer improved picture quality, but what exactly are they?
By  Ali Pardiwala  |  Updated: 10 July 2019 12:18 IST
With lots of quality content available today, it makes sense to buy a 4K TV
Highlights

Once quite expensive, 4K TVs are much more affordable today

Good HDR TVs, on the other hand, are still pretty expensive

Till a few years ago, full-HD was the resolution to strive for. From set-top boxes to the still-popular Blu-Ray video disc format, full-HD TVs were the dream for most television buyers. But it didn't take long for this once popular resolution to go (somewhat) obsolete. The resolution of today is 4K, also known as Ultra High Definition or UHD, and a lot of new TVs and monitors come with this resolution on their screens, no matter the size.

But what exactly is 4K? Most of us have heard of the term, but what does it mean from a practical point of view? Our guide will help you demystify the terminology and specifications that make a 4K TV what it is, and also offer you insight on what the point of 4K is when it comes to your TV. Read on to find out everything you need to know about 4K TVs.

Let's answer the big question first. 4K or Ultra-HD is a screen resolution, with the pixel count typically somewhere around the 4,000-pixel mark on the horizontal side - it's usually 3840x2160 pixels for most TVs. This number is what gives 4K its common name, while the Ultra-HD term refers to its higher-than-full-HD resolution. 4K packs in around four times as many pixels as full-HD, and is therefore that much sharper and more detailed when it comes to picture quality.

Obviously, a 4K TV needs 4K content for best results. Fortunately, 4K content is much easier to access today than it was even a couple of years ago. Much of this is due to better Internet speeds, higher data caps, and ever-improving hardware that can now download, process and playback the large volumes of data needed for 4K. Leading streaming services such as Netflix and Amazon Prime Video offer a quickly expanding catalogue of 4K content that can be easily accessed on your 4K TV today.

There are multiple ways to access 4K content on your TV. The first method involves the use of a 4K-capable source device. This can be a streaming device such as the Rs. 5,999 Amazon Fire TV Stick 4K or Apple TV 4K, which has the hardware and software to stream 4K content from content providers such as Netflix, Amazon Prime Video and Apple iTunes.

A Playstation 4 Pro will also allow you to stream 4K content, as well as play supported games in 4K resolution.

Alternatively, you can invest in a good UHD Blu Ray player and discs, which also allow you to watch quality 4K content on your 4K TV. This method is a bit more expensive in the long run, but it will allow you to create a content library that isn't Internet-dependent and promises the best video quality from the source.

All of these methods involve plugging in the source device through an HDMI port on your 4K TV. Some 4K TVs may not support a 4K video signal on all HDMI ports, so make sure you plug into the right one.

Built-in apps of some TVs like the Sony X95G will also let you stream 4K content, eliminating the need of buying any additional cables or media players.

I understand 4K. Now what is HDR?

HDR, or high dynamic range video in TVs, refers to a higher dynamic range in colours on the TV. An HDR TV will therefore be able to display a wider gamut of colours, allowing for better peak brightness, brighter shades of white, deeper shades of black, and better contrast. Therefore, the TV will offer a brighter, more detailed, more vibrant, and generally better picture than one with a standard dynamic range.

HDR generally represents a colour depth of 10-bit or higher. The most common of the currently popular HDR standards are HDR10 and HDR10+, which as the names suggest, offer a 10-bit colour depth. The Dolby Vision standard, developed by Dolby, allows for a higher 12-bit colour depth, and is backwards-compatible with HDR10 and HDR10+ as well. Although less common that the former two standards, Dolby Vision is being supported on a growing number of 4K HDR TVs, as well as with content. 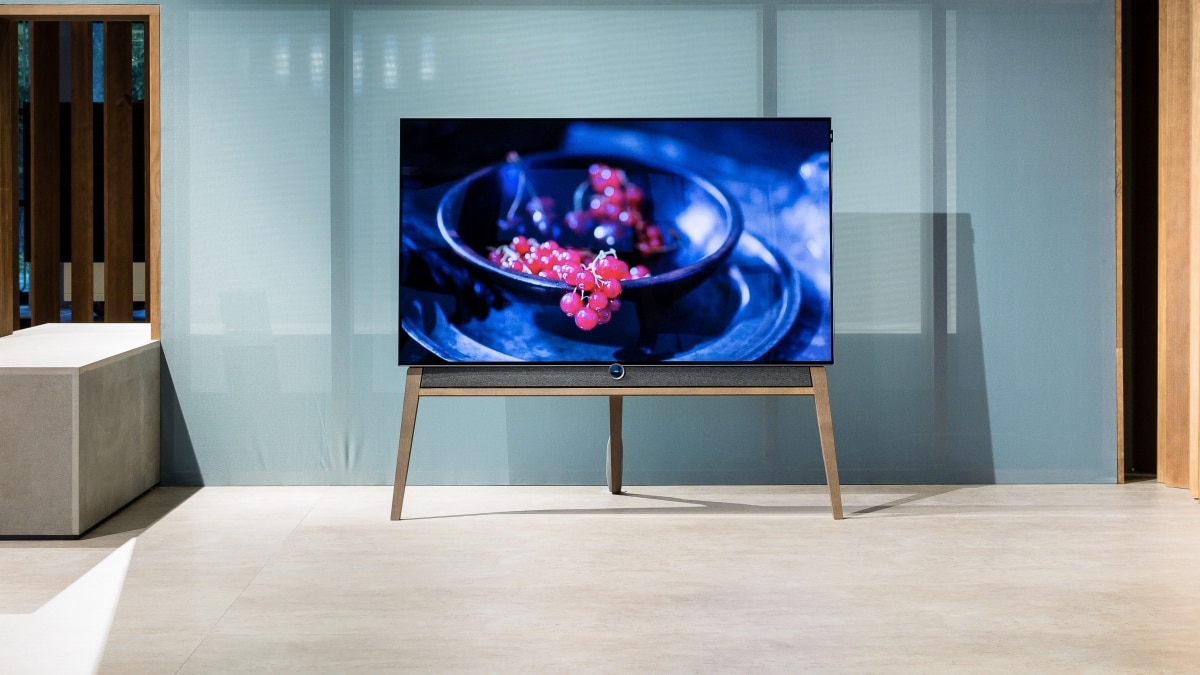 Your TV having HDR isn't enough; you need HDR content which has been specifically created to allow the screen to display the higher dynamic range and wider colour gamut. HDR content is still relatively rare in comparison to standard dynamic range content, but a lot of 4K content is also geared for HDR these days.

HDR technically works on any resolution, and isn't dependent on 4K for functionality since it works independently and dictates the dynamic range and colour gamut rather than the number of pixels. However, the effect of HDR is best enjoyed at higher resolutions, and 4K tends to properly bring out the impact that good HDR content offers. This is because a wider colour gamut is best viewed with a sharp screen and content — you'll be able to more clearly see subtle changes in colour and brighter whites only when the TV has enough pixels to show all of it off with.

Does it make sense to buy a 4K TV without HDR and smart connectivity?

Until recently, HDR video wasn't an important feature on TVs at all; content simply wasn't geared around it. However, adoption is now rapidly on the rise, and most new 4K TVs come with HDR video support. Some older TVs and monitors may have 4K-resolution screens without support for HDR, but it's a relatively rare thing to see a 4K TV without HDR these days. Nevertheless, ensure your new 4K TV does have support for HDR video; it doesn't significantly add to the cost of the TV, and when used with the right content, can significantly improve your viewing experience.

On the other hand, if you could buy a 4K HDR TV without smart connectivity, that would make sense. You can always add smart connectivity through a streaming device, gaming console, or Blu Ray player, which offer arguably better performance than most smart interfaces for TVs. However, a quick search online will show you that most 4K TVs available come with smart connectivity, and it's difficult to buy a 4K TV that isn't smart. This is because 4K is itself a premium feature, and TV makers tend to add every possible feature — including smart and HDR support — to their 4K TVs in a bid to justify the higher prices.

I bought a 4K TV recently — should I upgrade to an HDR TV right now?

If you just bought a 4K TV that doesn't have HDR, you might be a bit disappointed that you've missed out on a key feature. However, we wouldn't recommend dumping your relatively new TV for an even newer one just for the benefits of HDR. While there is a lot of 4K content available, the list is much smaller for HDR content, and depending on what you watch, you may not really be missing out on a lot.

If you have a 4K TV, you're already ensuring that the picture is sharp enough, and you'll be able to enjoy high-resolution content even without HDR. It might make sense to wait a bit — maybe a couple of years or so — and then upgrade to the next big thing in TVs, whatever it might be at that point in time.

I mostly watch cable TV/ set-top box — should I buy a 4K TV?

The short answer is no. Most channels in India aren't broadcast in 4K, and most set-top boxes being sold even today don't support 4K. This means your 4K TV would need to upscale the video feed, which can greatly reduce the resultant picture quality. Unless you're watching a lot of high-resolution content — 4K streaming, UHD Blu Ray or downloaded video files — a 4K TV may not be ideal for you. 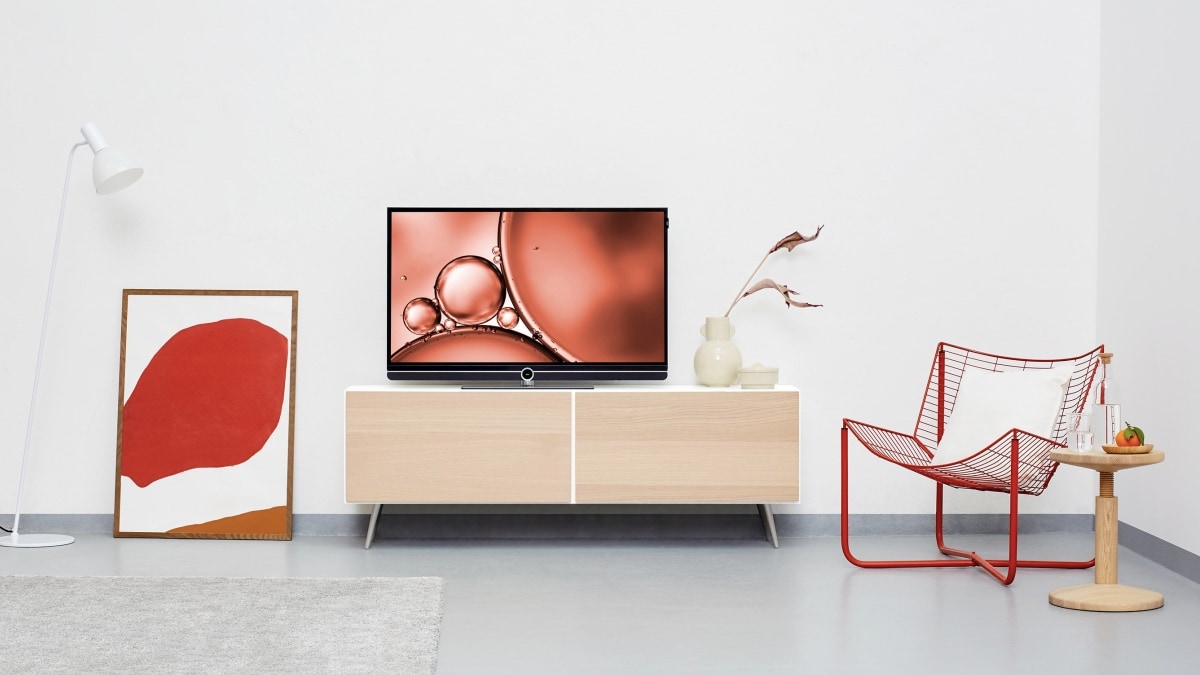 Is there a minimum size I should consider for a 4K TV?

As with smartphones, higher resolutions in TVs need bigger screen sizes to make the most difference. While there are 4K TVs with screen sizes as low as 40 inches, you need a 55-inch or bigger TV to take full advantage of all those pixels. While you may be able to see the benefits of 4K up close even with smaller TVs, typical viewing distances negate the effect unless it's a big TV. However, all of this depends on the distance between your couch and TV, your eye for detail, and the kind of content you watch.

It makes a lot of sense to buy a 4K TV today, largely because of the growing catalogue of content that is now accessible to users in India. This includes streaming services, as well as traditional disc-based content using the UHD Blu Ray format. Furthermore, 4K gaming is rapidly growing as well.

Services such as Netflix, Amazon Prime Video, and Apple's iTunes offer lots of TV shows and movies in 4K and HDR. While iTunes allows you to buy or rent individual movies/ shows in 4K, Netflix and Amazon Prime Video are subscription services that offer unlimited access to their entire catalogues, provided you're on a plan that supports 4K streaming. The 4K HDR plan on Netflix costs Rs. 800 per month and allows up to four screens for simultaneous viewing, while Amazon Prime Video bundles 4K HDR content on its one-price subscription plan (charged monthly or yearly) that also includes music streaming and shopping benefits. However, do keep in mind that 4K streaming uses a lot of bandwidth, and can exhaust your Internet quota (or FUP as some ISPs call it) very quickly.

Investing in a 4K Blu Ray player and UHD Blu Ray discs is a much more expensive option than streaming, but promises superior picture quality, reliable playback, and the lack of dependence on an Internet connection. If you're a movie buff with a decent home entertainment set up at home, this will be worth going for.

Some set-top boxes also offer 4K content, but this usually needs special equipment apart from the set-top box itself, such as a special satellite dish installed in your home to enable the stream. Although this concept was introduced a few years ago, we've seen this method neglected over the past few years and it's never really taken off. The hardware and capabilities exist, but it's hard to find worthwhile 4K content on a DTH channel package as most channels aren't still being broadcast in 4K.

Finally, let's not forget that many of our smartphones these days can also record 4K video. Having a 4K TV will make it possible to watch these videos at full resolution, and actually make shooting at the highest resolution worth the additional processing and storage burden it puts on your smartphone. You'll be able to see your memories that much sharper and clearer with a 4K TV.