Everything You Need to Know About Smart TVs

With smart TVs available at lower-than-ever prices, you might be wondering if it’s worth investing in one. We try to break the jargon for you and help you decide.
By  Ali Pardiwala  |  Updated: 24 July 2019 18:55 IST
If you’ve been wondering what a smart TV is and what it does, here are some answers
Highlights

Smart TVs are essentially TVs that can connect to the Internet

Streaming services such as Netflix and YouTube are usually available

We know what smartphones are, but smart TVs? That's a whole new ballgame. The concept of a smart TV is simple enough to grasp, if you understand the underlying idea behind the ‘smart' pre-fix in electronics. Smart TVs are different from ordinary — or what some like to call "dumb" TVs — in that they allow you to connect to a variety of online content services without any additional devices like a phone, computer, or an Internet-connected media player.

Today, we're going to help you understand the concept of the smart TV, and try to figure out if you need a smart TV. We've looked at the pros and cons of the concept, and taken an in-depth look at what you can access when using a smart TV in India. Read on to find out everything you need to know about smart TVs.

What is a smart TV?

The popular definition of smart TV is a regular television which can connect to the Internet to fetch content. This gives the user the ability to access more content that what is traditionally available through devices such as set-top boxes and Blu Ray players. The connection to the Internet can be either wired or wireless; most smart TVs today have an Ethernet port for wired connectivity, and can also connect to a Wi-Fi network.

Smart TVs work a lot like smartphones, using apps built into or installed within an interface. The core interface will allow users to scroll through options and apps, while apps will give users access to the service, optimised for the big screen. Smart TV interfaces are often designed to be controlled by typical TV remotes, but many smart TVs may offer newer ‘air-mouse' remotes, which allow you to move a pointer around like a computer mouse using motion gestures. 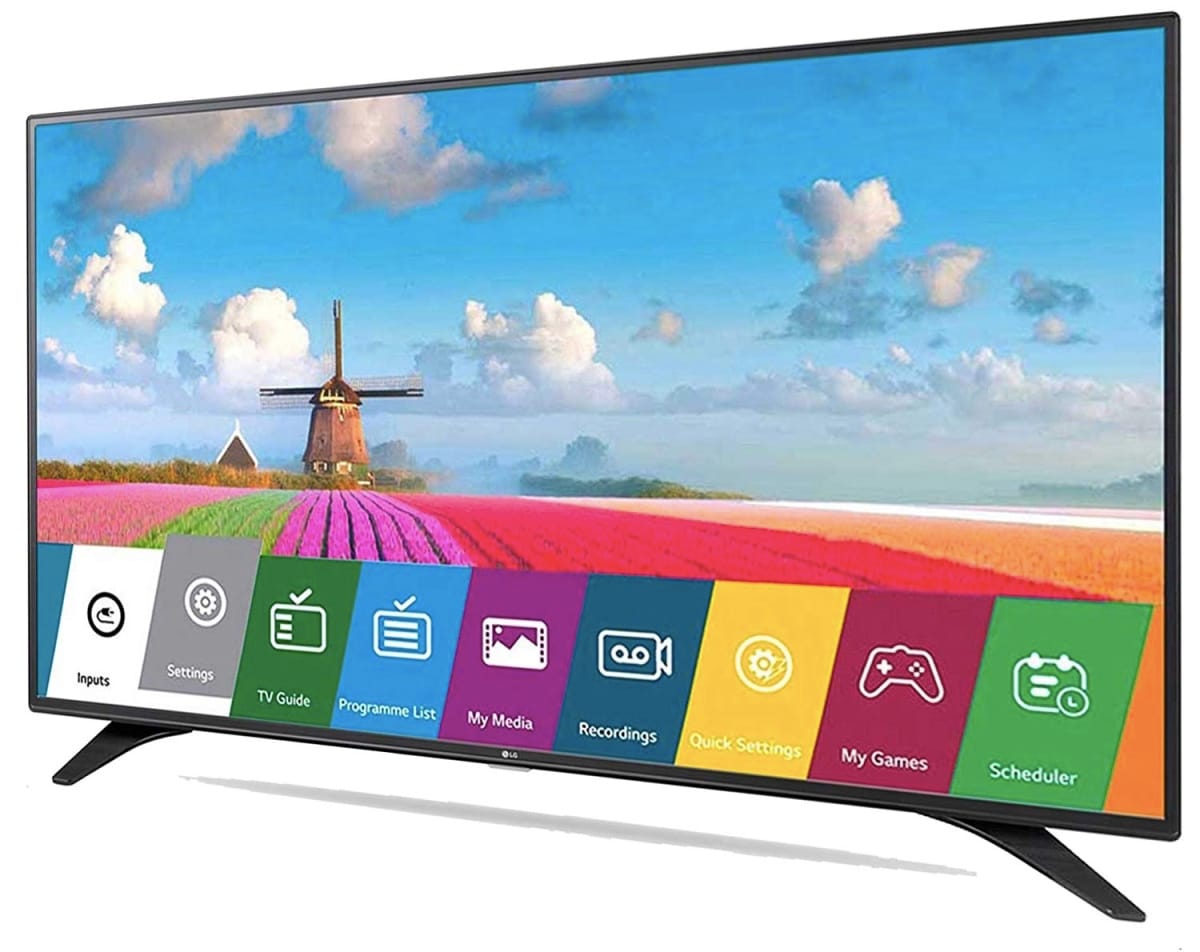 What content can I find on a smart TV?

The best kind of content that you can access on a smart TV come from streaming services. Decent smart TV operating systems and interfaces will have apps for popular streaming services, giving the user the ability to access a wide variety of movies, TV series, and more. A lot of these streaming services are paid and subscription-based, but some key services do offer a lot of audio and video content free of charge.

Apart from this, audio streaming is also available on many smart TV platforms. This offers users the option of using the TV's speakers or any home entertainment audio setup connected to the TV to play music from various streaming services. Streaming platforms such as YouTube would also let you watch music videos, while services such as Spotify, JioSaavn, and Hungama Music have apps for many smart TV interfaces.

You can also give your social media browsing the big-screen treatment with a smart TV. This includes networks such as Facebook, Twitter and Instagram, all of which and more are present on popular smart TV interfaces. This makes watching videos, especially, a better visual affair, and also lets you share your experience with family and friends.

You can also access websites on many smart TVs just as you would on a computer or smartphone. The website opens just as it would on any other device when using a web browser, and you can navigate and click on links normally. Although navigation with a regular direction-pad on a TV remote may be difficult, the function does offer a big-screen alternative to your computer or smartphone.

What are the differences between various smart TVs?

Just like smartphones, smart TVs have different interfaces and approaches depending on the brand and the software. Larger manufacturers such as LG and Samsung have their own fully functional smart TV interfaces, which others may either use a developer interface such as official Android TV, or develop a basic interface for their TVs on top of an established open-source platform such as Android and Linux.

The biggest advantage of a full-fledged interface such as Android TV, webOS, or Samsung's Tizen-based platform, is better availability and support for popular apps. Big content producers maintain full-fledged apps on the key platforms, so you are likely to get a better app experience on these key platforms. 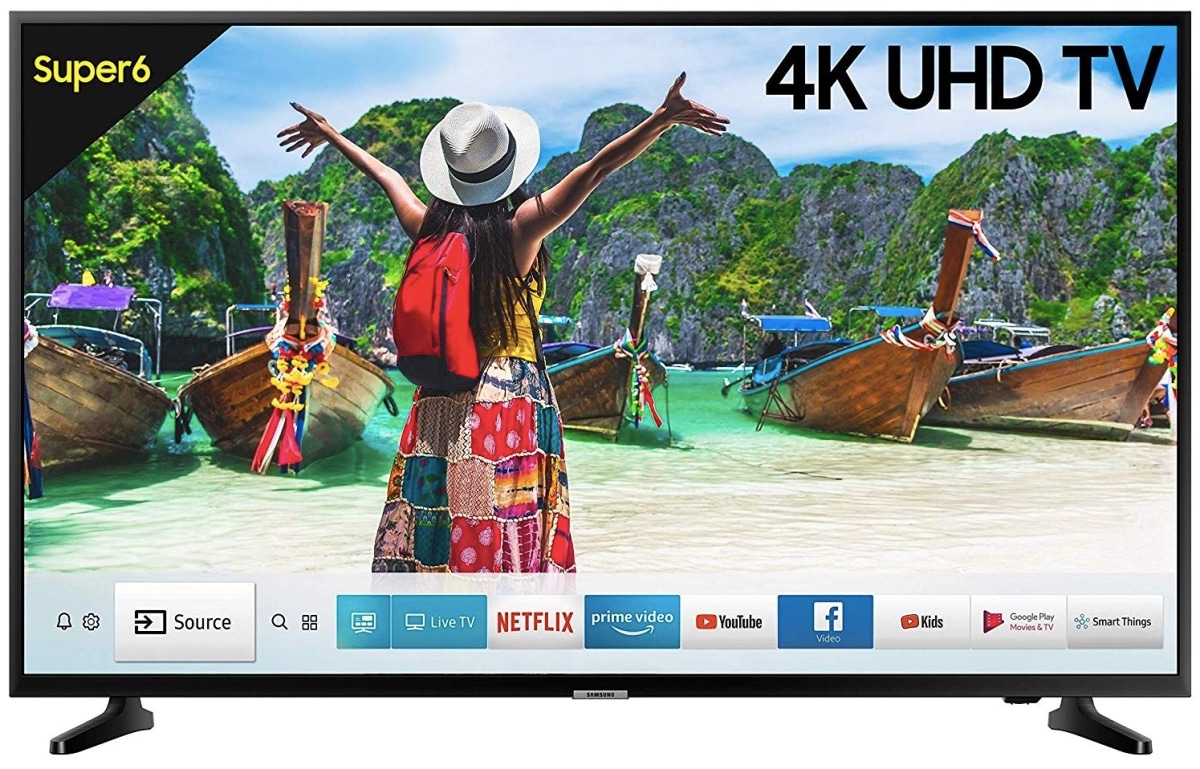 Similarly, users might find apps for many smaller streaming services and content providers as well, and the apps are usually designed to be controlled with a TV remote. Although firmware updates don't come very often, established manufacturers do offer some software support to smart TV interfaces, primarily to tackle bugs and functionality issues.

Basic smart TV interfaces offer fewer apps through a marketplace, and in many cases offer no additional apps at all. These are often seen on affordable smart TVs, and the interfaces may come with core apps pre-installed, which often include services such as YouTube and Netflix, as well as some social media platforms such as Facebook and Twitter. These interfaces often don't typically receive any firmware updates, and you might find the existing software to eventually become buggy and sluggish.

Should I even buy a smart TV?

The answer to this largely depends on your viewing preferences. If you only watch cable or DTH television through a set-top box, a smart TV isn't needed and you might be better off investing in a decent non-smart TV. A smart TV will only come in handy if you watch a lot of online content, and ideally have a subscription to a premium streaming service. However, services such as YouTube and Hotstar have a variety of content available to watch for free, and even someone who doesn't watch any online content might be inclined to give it a shot if they have a smart TV.

Another way to look at this is to consider buying a streaming device. Decent streaming hardware is a good substitute for a smart TV interface, giving the same connectivity and access to apps and services, but with a different and often better interface. These devices usually connect to your TV using one of its HDMI ports, and often come with their own remotes. These might serve as an effective way to add smarts to a dumb TV, or even improve the quality of your streaming experience by bringing capabilities such as 4K and HDR streaming, as well as a smoother interface.

As we mentioned earlier, a smart TV is an absolute must only if you want to access streaming content but don't want to shell out for a streaming device. If you're looking at the simplicity of using a single remote for all of your TV needs, and have an idea of what kind of apps and services you plan to use, a smart TV could work well for you.