The New Day is a three man team that holds the WWE Tag Team title - the team features three of the funniest and most entertaining wrestlers you'll can see, Kofi Kingston, Xavier Woods, and Big E. All three men are large and look fit and powerful, but when you talk to them, they're quite far from the stereotype of sportspersons who are caught up in physical pursuits and fitness. Instead, they're laughing and joking, happy to discuss technology and gaming. All three are extremely active on social media, with a strong presence on Twitter and Instagram, and they're not just talented performers but also extremely charismatic in person.

They're all in India to take part in the WWE's first tournament in the country after 14 years, and Gadgets 360 got to meet the New Day team and talk about their favourite games and gadgets, and why they love social media.

"It's about peeling back from the characters, a little bit," says Big E, "where you can see, oh hey, they're hanging out and playing Street Fighter, and it's a little more realistic. It also can be a chance to show your personality, I mean, when I got started, I was doing this silent bodyguard type of thing, which doesn't really get noticed."

"So it was first of all an outlet, and a way to connect with the fans, but also a way to get noticed as a wrestler," he adds. "But at the same time, the fans that you meet on Twitter, they're a different segment from the fans who are watching on TV." 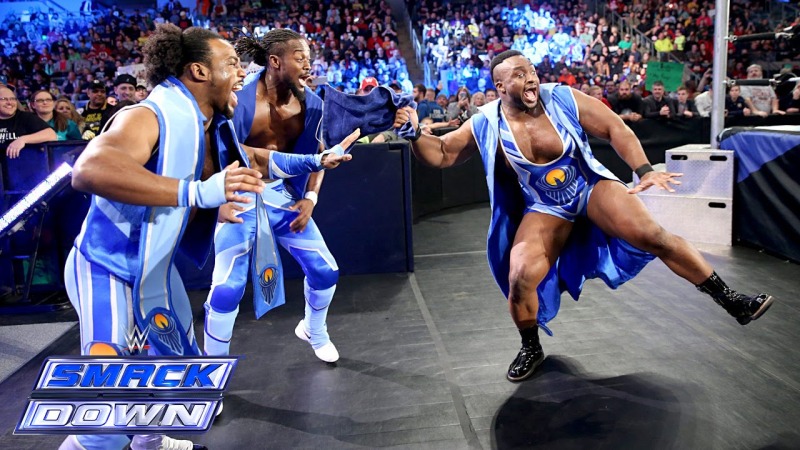 When I walk into the room, Kingston is drumming on the table, and the three men are joking and smiling. I'm carrying a bag from ThinkGeek, and Woods recognises it. He says he's been thinking of getting one, and praises the bag. Big E and Kingston chime in with jokes, and ask if I've seen Woods' gaming channel - UpUpDownDown. It's a fun channel even if you're not a wrestling fan and all three wrestlers are enthusiastically discussing games and gadgets right away.

The New Day are also fans of the 2K Sports' WWE games, and Kingston says that they were playing it till 6.30AM that morning.

"I just love it, it's awesome. You know, when the games first came out, there was the create a character function, and I'd spend like hours just making a character, and at the end of it well it still wouldn't really look like me, but now the character is already in the game, you know?" says Woods. 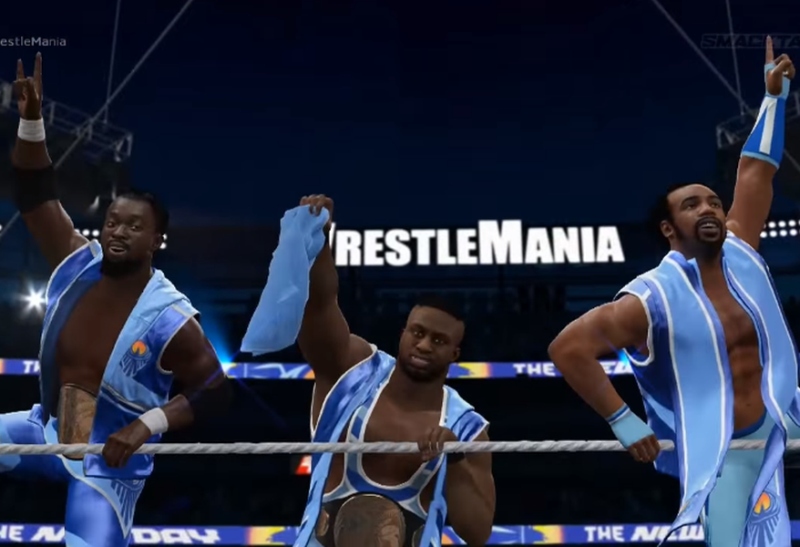 "So the game company, they take all these scans and pictures, and the characters look exactly like us," he adds. On being asked if it feels weird to marionette himself around, he just laughs and says that it's perfectly fine and not something he finds weird at all. He adds, "Though I've got to tell you, if we're playing around and it's just for fun, I'll play as myself, but when things get heated and I'm playing to win, I play as Brock [Lesnar] instead."

(Also see: Watching People Play As Me Was Like Being A Creepy Puppet)

All three men say that their social media presence isn't something that was developed by the company, but rather an extension of their own interests. "It's [social media] is a part of what we do, it's what we would be doing anyway," says Woods. "I mean, TV is a one way medium, there is no feedback. So it's great that way, and we get to show a different side of ourselves."

"The characters on television are basically an extension of ourselves, so Twitter and Instagram fit in very well for us," adds Woods. "And there are fans from all over the world right," says Big E, "so for example, when it was announced that we were coming to India, our fans here they have been so active, and that's been really great, that's why we love social media."

But the trio's active social media presence does sometimes come in the way of their hobbies too. Woods for example, says that because of UpUpDownDown, he doesn't get much time to experience games in detail anymore. "I still spend a lot of time playing Final Fantasy XIV, it's an online multiplayer game that's just amazing, but otherwise, I don't really get much time to play games anymore," he says. "I mean, like Batman came out and I was just getting into that and then it was time for the next game because I've got to do the reviews, so like I'm 10 percent into Fallout 4 and then it's time for the next game." 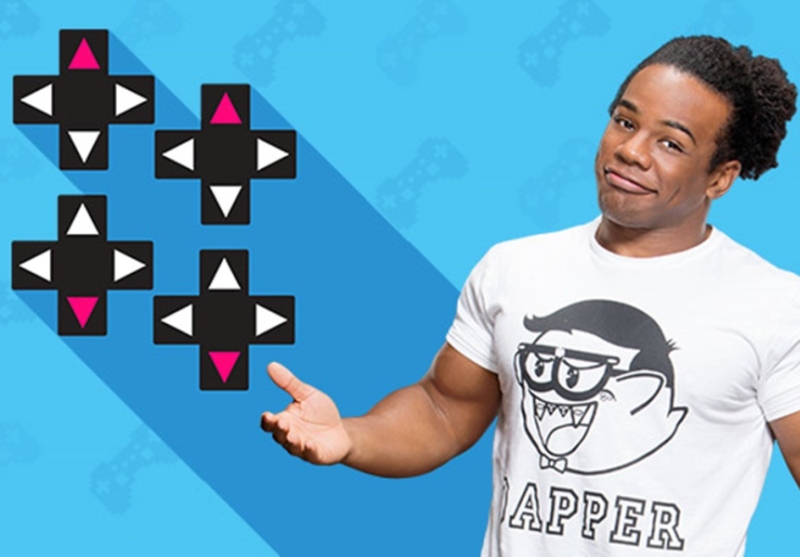 That's why the three agree that the coolest gadget around is Woods' Gamescase - a 19-inch TV in a suitcase, so that you can fit your Xbox One or PlayStation 4 into the case and it can be taken through security. "This means that you can carry your console with you and game when you travel, and when you're in the hotel, or even if you're late at the airport, you can get some gaming done," says Woods.

The New Day team doesn't let real world interactions take place without showcasing their personality either though. They joke about how fans ask for all sorts of things such as being put into a headlock. "People don't realise that when we're not in the ring, we're off the clock," Kingston jokes, "and we're really just nice guys."

But Woods says that there's one strange request that they've been getting a lot - fans really, really want to touch Big E and will try to do so at the oddest times, like when they were sitting in a diner. "So we decided to charge for it, and it started off as a joke, you know, like you can touch E but you've got to pay me $5," says Woods. "And it kinda became a thing somehow - I mean, in the last one year we've gotten $38, no $40, which is not bad. It paid for dinner."

Further reading: Big E, Final Fantasy, Gaming, Kofi Kingston, Mario Kart, New Day, WWE, WWE 2k15, WWE 2k16, WWE games, Wrestlers, Wrestling, Xavier Woods
Gopal Sathe Email Gopal Gopal Sathe is the Editor of Gadgets 360. He has covered technology for 15 years. He has written about data use and privacy, and its use in politics. He has also written extensively about the latest devices, video games, and startups in India. Write to gopal@ndtv.com or get in touch on Twitter through his handle @gopalsathe with tips. More
Improving BSNL's Financial Health a Top Priority, Says Prasad
Coolpad Note 3 Lite First Impressions