Winter May Be Coming, but an Expanded Game of Thrones Universe Is Already Here 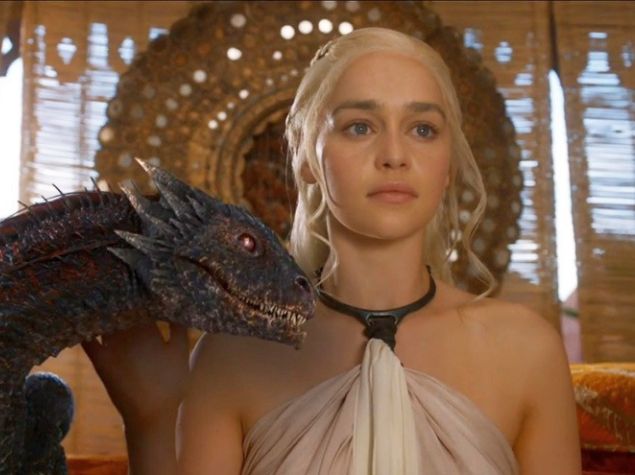 Game of Thrones fans are fond of saying "Winter is coming" but given how long it has taken for each new book in the Song of Ice and Fire series to be released, we'd suggest taking that phrase with a pinch of salt while you're waiting for the next book, The Winds of Winter.

Luckily for fans, there are a lot of new works set in the world of Westeros - including a soon to be released game by Telltale Games. Telltale has made a number of great adaptations in recent times, including the amazing The Walking Dead games.

Some screenshots of the game were leaked recently, and they look fantastic. Meanwhile, there's also the newly released The World of Ice and Fire, a guide to the history of the world of Westeros and its neighbouring continents, written in-character as an educational book for the King compiled by the maesters of the Citadel, the foremost centre of learning in the Seven Kingdoms.

And of course, there's the HBO show that is largely responsible for a lot of the interest around the books right now. Winter might not be coming, but a lot of supplemental material certainly is - what's particularly interesting is that George RR Martin, the author of A Song of Ice and Fire series of books that are the original source material for everything GOT, has spoken out in the past about not wanting other writers to dabble in his world.

But one thing that history has shown us is eventually these literary rights pass to grandchildren or collateral descendents, or people who didn't actually know the writer and don't care about his wishes. It's just a cash cow to them.

And then we get abominations to my mind like Scarlett, the Gone with the Wind sequel.

I'm sure there are publishers waiting in the wings with giant bags of money just waiting for someone to say, "yes, go ahead, let's write Sauron Strikes Back."

I hope I never see Sauron Strikes Back written by some third rate writer who leaps at the opportunity.

But even though he says this, through the various reinterpretations of A Song of Ice and Fire into different mediums, we're getting the Expanded Universe anyway.

For one thing, Martin has already discussed the general outlines of the future episodes of the show, and since the HBO series is now looking likely to reach a conclusion before the books do, we could end up having a world where show watchers can shower spoilers on the book readers, instead of the other way around.

With each new adaptation and companion book, Martin is supplying an additional piece of the expanded Universe and while - so far - it might be approved by him, it's certainly not only being written by him anymore.

The World of Ice and Fire, for example, was written in collaboration with Elio Garcia and Linda Antonsson - you might not have heard of their names before, but you would've likely heard of their website, Westeros.org - the definitive fansite for the books.

The site is so good at collecting details about the books that Martin has said reportedly cross-checked details of the series with Garcia, as have HBO's researchers. So it's not really a big surprise that Garcia and Antonsson were the people Martin chose to work with to create The World of Ice and Fire, where the history of the series is laid out for the first time.

And the book is rich with so many details - in the main series, we heard only a little bit about the exploits of Aegon the Conqueror, and we just about knew the names and the most important accomplishments of people like Jaehaerys the Conciliator and Baelor the Blessed. After having read the new book, we now have just enough information to leave us wishing that there would be a full book about each of these kings.

Given how many side projects Game of Thrones is spawning - and the seeming lack of progress as far as new books in the 'official' series are concerned - it's quite possible that this Expanded Universe will be George RR Martin's worst nightmare come true.