What Went Wrong With The Hobbit: The Battle of the Five Armies 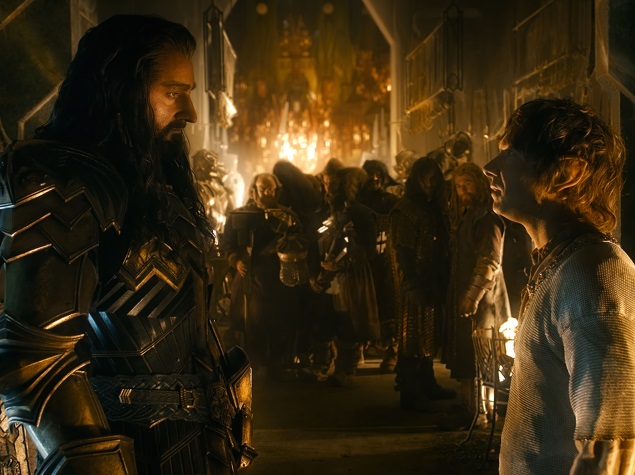 As fairly committed nerds who have watched the extended editions of all the Lord of the Rings movies back-to-back and still wanted more, the prequel trilogy was proof that you can indeed have too much of a good thing.

First, a confession. The Hobbit was the first story set in Middle Earth we came across, more than 20 years ago. Over the years, it has remained a strong favourite, a far more appealing romp than its serious siblings, the stoic The Lord of the Rings and the outright soporific The Silmarillion. Over the years, we came to appreciate the nuance of the former, and the rigour of the latter, but you can't make a first impression twice, and The Hobbit had already taken up that spot.

So when we say that The Hobbit trilogy has been a horrible, terrible adaptation that stands at par with the Star Wars prequel trilogy, we're speaking from a place of love - love that has turned bitter because of the things it was made to endure.

The three movies have all suffered from being made with the same sensibility as The Lord of the Rings - each of those three books have rightly been described as doorstoppers, and turning each one into a single film made a lot of sense. 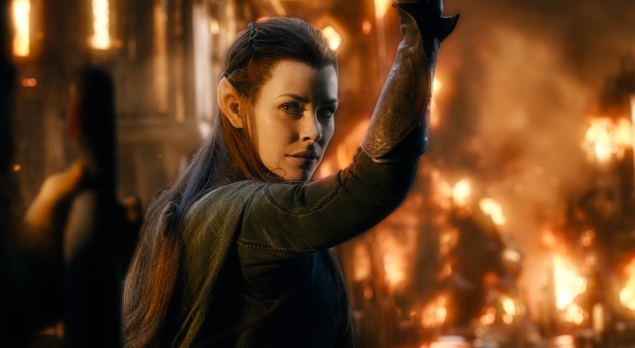 On the other hand, The Hobbit is a slim tome of just over 100 pages, and it is all the more effective for its brevity. To give that a runtime that compares with The Lord of the Rings was always untenable, and even more importantly, The Hobbit is a fun, breezy book about a crazy tumbling adventure. The Lord of the Rings is a saga about great, world-moving events. When the two feel so similar in tone, you know that something went wrong, and the one to suffer is The Hobbit.

In this, the third and final film in the series - until such a time as Christopher Tolkien finally agrees to allow the Silmarillion to be turned into films anyway - we start immediately after the dwarves have roused the dragon Smaug, and enraged him with their attempts to kill him.

And in a scene that nearly balanced all the weak moments in the second film, we see a golden Smaug rising from the trap that should have killed him, and fly towards Laketown to first destroy the city that tried to help the dwarves, before he will return to punish them. When Benedict Cumberbatch growls, "I am fire, I am death," you believe him. 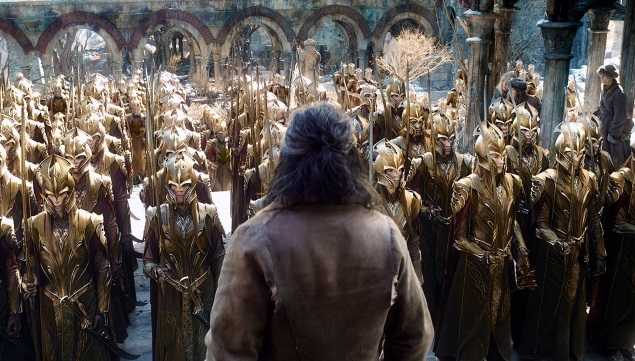 The first film also has a very memorable scene - Bilbo Baggins is trapped in the caves under the mountains with Gollum, and the two play a deadly game of riddles in the dark. Gollums appearance and voice remains perfect as ever, and when he whines, "Is it crunchy? Is it tasty?" there is just the right balance of menace and humour to the scene.

In both cases, Martin Freeman (who is perhaps most famous right now for playing Dr. Watson in the BBC series Sherlock alongside Cumberbatch who plays the titular detective) turned in a spectacular performance next to a CGI character he couldn't really see during filming, but he was ably helped by the other actors' voices.

In the third film, there is no single moment like these which stood out, no single character for Freeman to play off against. The Hobbit remains the best part of the films, all twitchy nervousness and likeable gumption, but almost nothing else in the film stays in your mind when you leave the cinema. 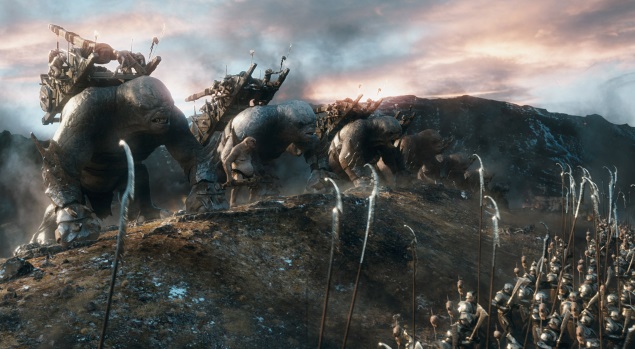 At least part of the problem lies in the changes made to the original book for the sake turning it into three movies. There was a lot of additional information to mine from JRR Tolkien's letters and appendices, and so we now have Legolas (who wasn't in the book) and Tauriel (who wasn't in any canon) making a pointless journey to an orc stronghold called Gundabad, from which they return just minutes before the monsters they're trying to warn everyone about.

Speaking of Tauriel, both she and the Elf-king Thrandui - played respectively by Evangeline Lilly, who will appear next in Ant Man in 2015, and Lee Pace, who was recently in Guardians of the Galaxy] as Ronan the Accuser - get some of the worst lines ever written. Since The Hobbit was so short, there weren't too many lines in the actual book, and watching the film, it feels like both actors were told to just ad lib whatever they felt sounded natural. 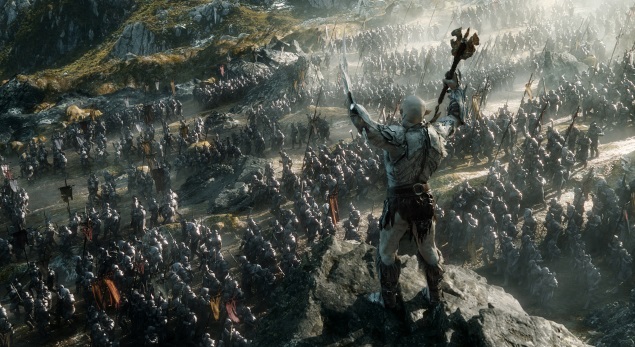 That's not to say that there aren't some great moments in the film - visually. For one thing, Smaug's attack on Laketown looks amazing, and it was a pity that the dragon dies so quickly into the movie. Another scene that really stands out is a phalanx of dwarves lined up to face a charge of orcs, over whose shoulders an elf battalion jumps unexpectedly, leaping into the fray without looking like a bunch of random computer generated mannequins.

In terms of visuals, The Battle of the Five Armies delivers, and then some. But in almost every other way, it remains a very weak film, and it contains enough departures from the books themselves that there's no point in watching this if you just want to see your favourite story come to life.

Do yourself a favour and re-watch the Lord of the Rings films instead.

Further reading: Gaming, Home entertainment, The Hobbit The Battle of the Five Armies