It was a quiet week for culture news, with the exception of a report claiming Sony had failed to identify an obvious replacement for Daniel Craig, who would be offered a cool $150 million (roughly Rs. 999 crores) to return as James Bond for two more films. Who finally gets cast remains to be seen, but we really hope the new instalments do a better job with female characters and the plot.

We were treated to some gaming news on Wednesday, courtesy of Apple and Sony’s events. Nintendo’s Shigeru Miyamoto showed up at the Apple event to announce Super Mario Run for iOS, coming later this year and sometime next year for Android devices. For people who believe in console gaming, Sony announced two new PlayStation 4 models, one coming next week and the other in November.

And over in London, legendary comics writer Alan Moore – creator of Watchmen, V for Vendetta and The Killing Joke – told the audience during a press conference that he would be retiring from comics to focus more on his literary and film work. “I think I have done enough for comics. I’ve done all that I can,” he said. “I think if I were to continue to work in comics, inevitably the ideas would suffer, inevitably you’d start to see me retread old ground and I think both you and I probably deserve something better than that.”

That’s all in the past now. Welcome back to The Weekend Chill, and here are the top picks for your weekend:

TV:
Atlanta
Even after spending years recording albums and getting nominated for Grammys, Donald Glover remains best known to fans as Troy Barnes on Community. Glover returned to television screens this week with his new show – Atlanta – which is set in, well, Atlanta, Georgia. It follows him and his cousin as they try to navigate the highly successful rap scene of the city, trying to get the latter’s career started.

Glover plays Earn Marks, a Princeton dropout and now manager for his cousin, with Brian Tyree Henry playing his cousin and up-and-coming rapper Alfred Miles, Keith Stanfield as always-high Darius and Zazie Beetz as Marks’ on-and-off girlfriend and mother to his daughter.

If it wasn’t already obvious, Glover is also the creator. The first season run of 10 episodes kicked off Tuesday with a double header, and will run through the end of October. 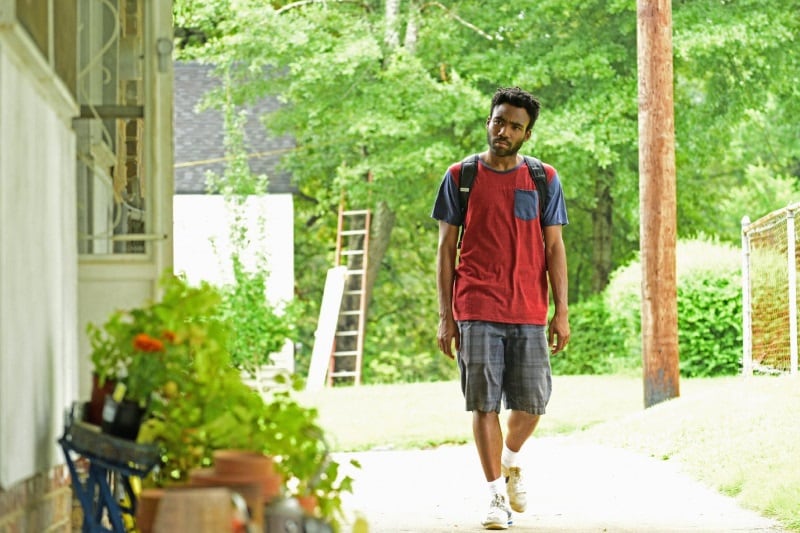 How to access: FX or iTunes US
Time commitment: 45 minutes

Better Things
Louis C.K. has given us two of the best comedy-drama shows in recent memory, first with the five-season-long Louie that ended last year, and his mini-series Horace and Pete. With Better Things, he’s sharing writing duties with Pamela Adlon – who appeared now and then on Louie – but staying away from the front of the camera (at least in the episodes aired yet).

Adlon is the main star for Better Things in the role of Sam Fox, a divorced actress raising three daughters by herself. A bit like how Louie had Louis C.K. as a divorced comedian raising two daughters on and off, except Fox has them full time. And like Louie, the story is a semi-autobiographical version of Adlon’s life.

The series premiered on Thursday, and has a total of eight episodes in the first season. 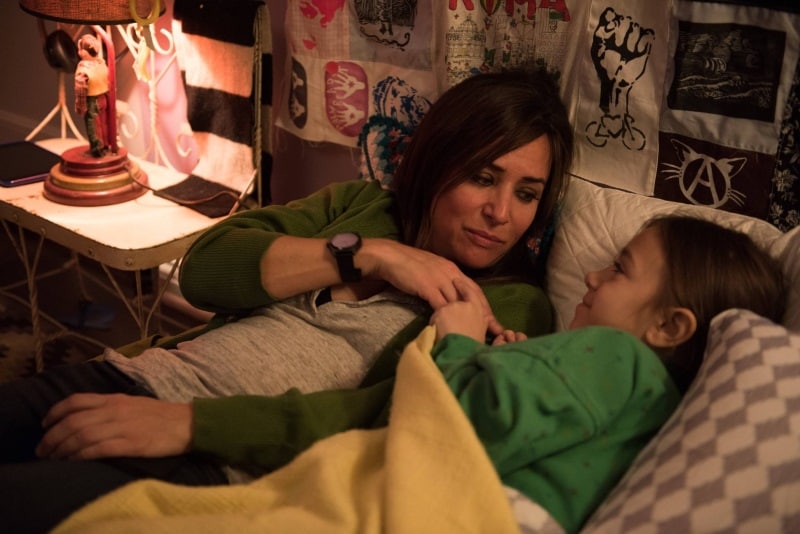 How to access: FX or iTunes US
Time commitment: 23 minutes

Movies:
Sully
Sully is the story of the ''Miracle on the Hudson'', when US Airways pilot Chesley "Sully" Sullenberger – played by Tom Hanks – had to ditch his aircraft onto the Hudson River after a flock of geese took out both engines of the plane. But it focuses more on what followed after, as an investigation into his actions and life threatened to destroy his reputation even as the media and the public were heralding him for his courage and skill. It’s based on Sullenberger’s autobiography, Highest Duty.

How to access: Out in cinema halls
Time commitment: 1 hour and 36 minutes

The Iron Giant
You’re probably wondering what a 17-year-old film is doing in this column, right? Just hear us out. With story and direction by Brad Bird, who has gone onto make wonders such as The Incredibles and Ratatouille, The Iron Giant received a lot of praise from both critics and audiences upon release in 1999. It failed commercially though, but has come to be regarded as one of the best modern animation pieces since then.

Bird had been in touch with production company Warner Bros on and off for a decade, and finally got them to agree on a remastered and extended cut of the film. Called the Signature Edition, it was re-released in US theatres last year and is now making its way to home media. If you haven’t seen the film in a while, the newer version of The Iron Giant is well worth a watch.

You can also read more about Bird’s thinking behind the extended cut, his take on the decline of 2D animation and more in an interview over at Collider. How to access: Amazon US or iTunes US
Time commitment: 1 hour and 30 minutes

Other mentions:
American Crime Story: The People vs O.J. Simpson was one of the best TV shows this year, with a cast of Cuba Gooding Jr, David Schwimmer, John Travolta, and Sarah Paulson all excelling at their work. It rightfully earned 22 Emmy nominations, just one behind leader Game of Thrones. With the awards next Sunday, and the season now out on Blu-ray, it’s the perfect time to catch up.

There’s more on home media this week as well. You can also get the second season of The Flash, the third season of Rectify, and the latest season (19th!) of South Park, depending on your fancy. To add to all that, brilliantly shot and put together nature documentary The Hunt – a Weekend Chill pick from the month of July – is also on Blu-ray.

Video games:
Redout
Here’s how Turin, Italy-based indie studio 34BigThings describe their new game: “Redout is a tribute to the old racing monsters such as F-Zero, WipeOut, Rollcage, and POD. It is designed to be an uncompromising, fast, tough and satisfying driving experience, soaked in that vertigo that stands at the core of the arcade racing genre.”

The game has a total of 20 tracks spread over four different locations, seven event types, more than a dozen power-ups and 75 events in the career mode. You can even do online multiplayer against 12 players, though there’s no support for offline or local multiplayer just yet. 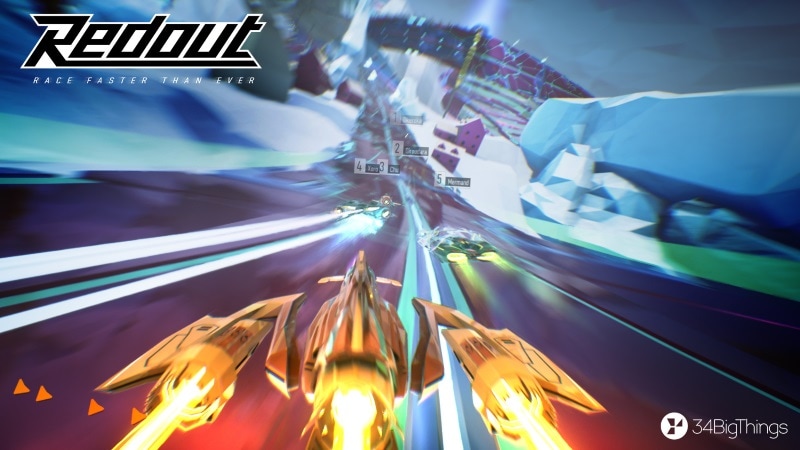 How to access: Steam for Windows PCs
Time commitment: As much as you want, really

Music:
My Woman by Angel Olsen
Born in the state of Missouri USA, 29-year-old Angel Olsen now resides in North Carolina. Her songwriting and singing career started while she was still in her teenage years, performing in coffee shops in the city of St. Louis. Olsen mostly dabs in folk and indie rock, though she has always tended to expand her style of music with each album.

Her first, Strange Cacti, came in 2010, and was followed by Half Way Home in 2012, mixing the sound of 1950s with more contemporary stuff. Then there was Burn Your Fire for No Witness in early 2014, and it was that album that got her on the Billboard 200. My Woman is her fourth LP, which released last week to great reviews, putting it in the top 3 for 2016 over at reviews aggregator Metacritic.

The 10-track, 47-minute record can be quite melancholic at times, with Olsen’s soulful, crackling voice carrying real heartbreak that’s felt across the record. Seven-minute long track #7 Sister is the album’s highlight.

How to access: Apple Music/iTunes or Spotify
Time commitment: 47 minutes

Further reading: The Weekend Chill, Sully, Better Things, Atlanta, The Iron Giant, Redout, Angel Olsen, James Bond, Super Mario Run, PS4 Pro, Alan Moore
Akhil Arora Email Akhil
Akhil Arora covers entertainment for Gadgets 360, interviewing stars such as Christian Bale and Anurag Kashyap, covering series premieres, product and service launches across the globe, and looking at American blockbusters and Indian dramas from a global socio-political and feminist perspective. As a Rotten Tomatoes-certified film critic, Akhil has reviewed over 150 movies and TV shows in over half a decade at Gadgets 360. When he is not completely caught up with new film and TV releases, Akhil ...More
PS4 Pro Will Not Get a Firmware Update to Play Blu-ray Discs at 4K
Samsung Reportedly Considers Sale of Printer Business to HP