The Toronto International Film Festival was the highlight for the film world all week, though going by reports, it’s not been a great one for film-makers looking for buyers. The Oscar season is clearly heating up though, with films such as La La Land (Emma Stone) and Jackie (Natalie Portman) already building momentum for best actress nominations.

In other film news, Benicio del Toro (Snatch, Sicario) might be the lead actor in the next Predator movie, according to Deadline. On the TV front, Seth Rogen’s sci-fi comedy Future Man about a janitor taken back in time to save humanity from extinction has been picked up by online service Hulu, and will air in 2017.

And after an endless stream of movies made using characters created by Stan Lee, 20th Century Fox is now making a movie about Lee himself. It won’t be a straight-up depiction though, with Fox exploring “a period action-adventure movie” that would be “in the tone of Kingsman: The Secret Service”, according to reports.

There was quite a bit of news in the realm of music streaming services. Sony and Universal, two big labels, moved into the business with their own service called Now Music+ in the UK. It’s priced at GBP 4.99 (roughly Rs. 450), in a bid to undercut leaders such as Spotify and Apple (priced at GBP 9.99, or roughly Rs. 900). Spotify had an announcement of its own, touching 40 million paid subscribers, extending its lead over Apple Music, which stands at 15 million users. And Pandora, popular for its free-tier ad-supported radio, is getting into the premium bracket with $4.99 (roughly Rs. 350) offering in the US.

And then on Thursday, Amazon finally provided a launch date for its new car show – The Grand Tour – involving the three ex-hosts of Top Gear, Jeremy Clarkson, Richard Hammond, and James May. It will arrive November 18 with the first episode, and will run for 12 weeks.

Now that you’re all caught on the week’s news, it’s time to get into what you’re here for. Welcome back to The Weekend Chill, here’s what we have for you:

TV:
High Maintenance
Picked up by HBO for its TV debut this year, High Maintenance has technically been on air (read: online) since November 2012. That’s because it spent six “seasons” as a web series over on Vimeo before attracting the attention of network executives. Here’s what the show is about in its own words:

“The Guy is a nameless marijuana dealer in Brooklyn who delivers his goods to stressed-out clients across New York City, who have a variety of neuroses. While delivering the weed to his customers, he makes brief appearances in their lives to get a glimpse at their daily routines.”

Ben Sinclair is the co-creator alongside his wife Katja Blichfeld, and stars as The Guy. Blichfeld has previously worked as a casting director for 30 Rock, for which she won an Emmy. Being an HBO show, you can get all the new episodes over at Hotstar’s premium service in India.

How to access: HBO Now/ Go, or Hotstar
Time commitment: 30 minutes, premieres Friday 11pm in the US

Fleabag
Based on the 2013 play by Phoebe Waller-Bridge, Fleabag is a British sitcom which focuses on “a dry-witted, sexual, angry, porn-watching, grief-riddled woman trying to make sense of the world”. Waller-Bridge created and stars in the show as cafe-owner Fleabag, who’s struggling with life and a dark memory that won’t escape her.

The series talks up a “very modern mix of fatalism and hedonism”, with Fleabag going to bed with the person standing closest to her and pushing away anyone who tries to be of help. Also part of the cast are Hugh Skinner, Olivia Colman, Brett Gelman, Bill Paterson, and Ben Aldridge.

The first season, of six episodes, aired on BBC3 in the UK back in July. Like the other great Brit comedy hit from last year - Catastrophe - Fleabag too has been picked up by Amazon for its online streaming service, and is available in entirety on Friday. 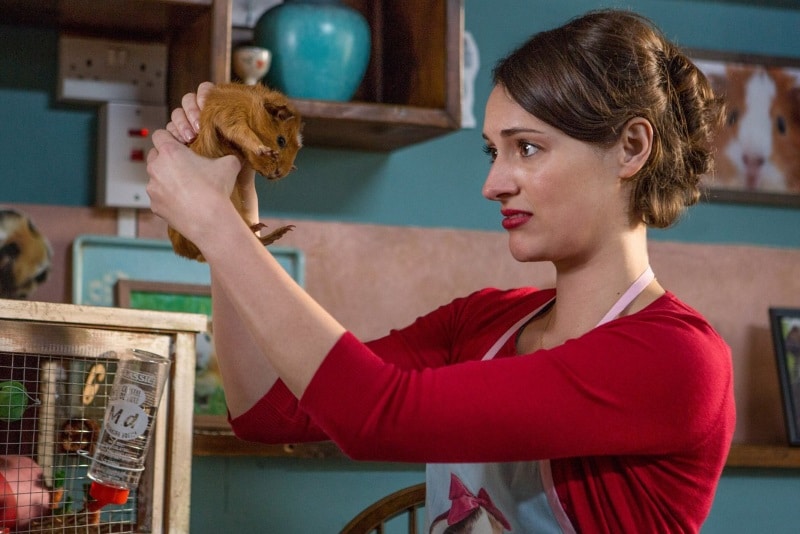 Other mentions:
Captain America: Civil War was more like an Avengers film than a Captain America one, what with the ensemble cast involving mostly everyone from the franchise (except Thor and Hulk). It’s now available on Blu-ray, in standard and 3D formats. You will also get a two-part making-of featurette, deleted and extended scenes, plus an exclusive look at the upcoming Benedict Cumberbatch-starrer Doctor Strange.

Also, the second season of Empire, the first season of Quantico, and season nine of The Big Bang Theory is now on home media as well. On the movies side, you can pick up Noah Baumbach documentary De Palma, horror entry The Conjuring 2, and Justin Bieber satire Popstar: Never Stop Never Stopping on Blu-ray.

Video games:
Pro Evolution Soccer 2017
Konami may have largely quit the triple A gaming business, but its football simulator franchise – Pro Evolution Soccer – the only great rival to EA Sports’ FIFA, continues to exist for now. The company has always struggled with licensing, and with PES 2017, it’s taking a different approach to the situation. Konami has started to partner with clubs directly, making FC Barcelona its primary target.

That means two things: Camp Nou will be exclusive to the series for three years, and the company has opted for five Barça players on its cover instead of a solitary star. Other club partnerships include: Liverpool, Borussia Dortmund, Bayer Leverkusen, Schalke 04, and River Plate. But beyond that, licensing is a bigger issue than before.

The game will feature improved passing, Real Touch ball control, and improved goalkeepers. You can read all about the changes (and everything else) in our review, which also talks about a better AI and advanced tactical instructions, even if the latter are invisible behind the fast-paced arcade nature of the game. How to access: PlayStation 4, PlayStation 3, Xbox One, Xbox 360, and Windows PCs
Time commitment: As much as you want, really

BioShock: The Collection
After an announcement towards the end of June, 2K Games’ remaster of all three BioShock games – BioShock, BioShock 2 and BioShock Infinite – is now available. Incidentally, the trio of titles were developed by three different studios in 2K Australia, 2K Marin and Irrational Games respectively, and the remaster is being done by Blind Squirrel Games.

If you decide to buy BioShock: The Collection, you’ll get full-HD remasters of all three games including any released single-played downloadable content (DLC). Plus, BioShock is throwing in a director’s commentary, “Imagining BioShock”, featuring creator-director Ken Levine and lead artist Shawn Robertson.

The best bit? If you already own BioShock/ BioShock 2 on Steam, you will get the upgraded versions for free. 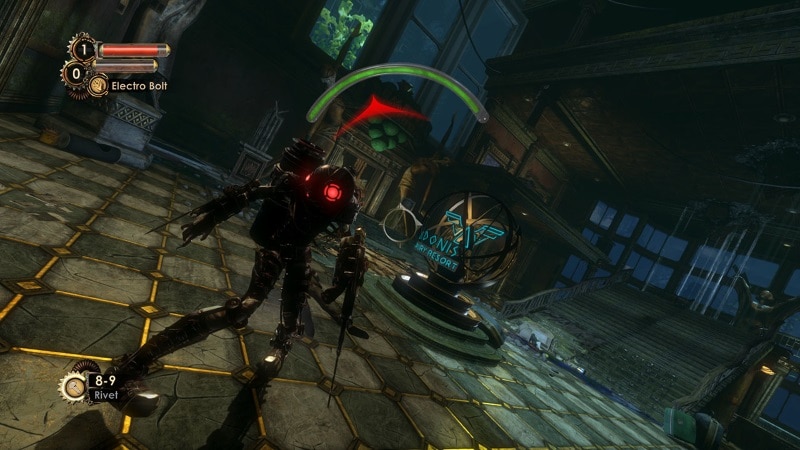 How to access: PlayStation 4, Xbox One and Steam for Windows PCs
Time commitment: As much as you want, really

Other mentions:
If you’re looking for something else, there are two demos available for upcoming games. On one front, EA Sports’ FIFA 17 got a demo featuring 12 teams and the much hyped The Journey mode. We have a detailed discussion of the gameplay, the changes within and what’s on offer, if you’re interested.

Then, the long-awaited Forza Horizon 3 also got a demo, only for the Xbox One though. The full game will be available both on Xbox One and Windows PCs towards the end of the month.

Music:
Wild World by Bastille
London-based band Bastille have been active since 2010, but they spent their formative years releasing tracks online, before the first album - Bad Blood - came out in March 2013. It was the single that came out two months earlier though, Pompeii, that made them famous around the world – reaching number two on the UK charts. The success of the first album, and other mixtapes, even got them nominated for Best New Artist at the 57th Annual Grammy Awards.

How to access: Apple Music/iTunes, or Spotify
Time commitment: 49 minutes

Great Divide was their third album, coming in 2014, and remains their most prominent one too as it took Twin Atlantic to #1 on the UK Rock charts and sixth overall. The 12-track GLA is, by and large, a continuation of what the band is known for: hardcore rock beats mixed with a sense of pop that’s been always part of their identity. Track #2 No Sleep, track #5 Ex El, and track #8 Whispers are the highlights on Twin Atlantic’s newest record.