The Weekend Chill: Narcos, You're The Worst, and More 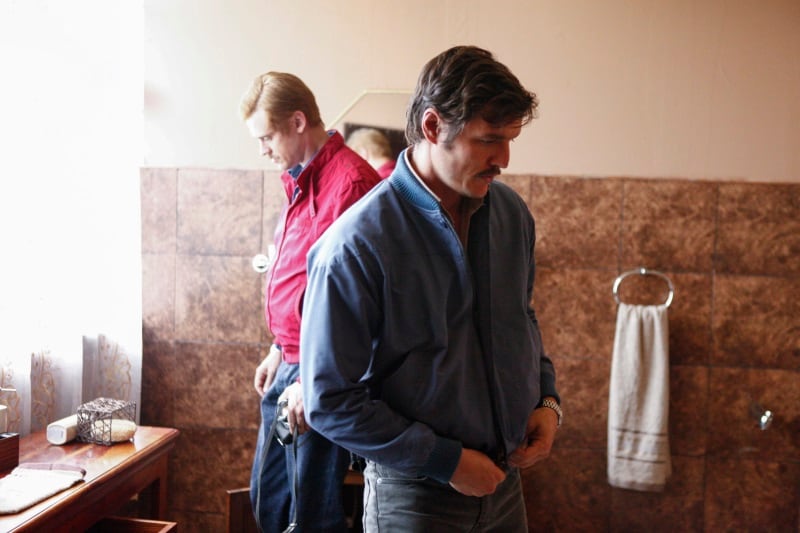 The week began on a sad note, with news coming in that Gene Wilder, best known for his role as Willy Wonka in the 1971 film adaptation of the Roald Dahl novel, had died aged 83.

The Venice Film Festival took place this week as well, an event that has garnered prominence in recent years for being the start of the Oscar race by delivering Spotlight and Birdman. This year, the focus is on La La Land, a musical directed by Damien Chazelle of Whiplash fame and starring Ryan Gosling and Emma Stone.

Shooting for the seventh and penultimate season of HBO’s fantasy epic Game of Thrones has begun in Northern Ireland, and with it news of a new cast member: British actor Jim Broadbent will play a “significant” character as per reports.

Towards the end of the week, a mini-war started to brew between YouTubers and the video site, with the former accusing the latter of censorship – by way of pulling ads (and by effect, monetisation) off from videos that discuss “controversial or sensitive subjects and events, including subjects related to war, political conflicts, natural disasters and tragedies”. People believe this will discourage creators from discussing important news events.

It remains to be seen how that plays out over time. For now, it’s time to focus on your upcoming weekend. This is The Weekend Chill, and here are the best entertainment picks for your enjoyment:

TV:
Narcos
When you’ve got a character as large as Pablo Escobar, you don’t need to stoke the fire to create a flashy, and dare we say, indulgent fictional retelling. Netflix’s drama series, Narcos, does end up in that trap now and then. But it’s greatly helped by Wagner Moura’s performance as Escobar, and the sheer audacity, ludicrous activities and crazy missteps of Escobar’s Medellín Cartel back in the day turn it into an instantly watchable action flick, even if it’s a bit over the top.

Boyd Holbrook stars as an American gringo, sent to Colombia by the DEA to put an end to the billions of cocaine being imported into the US. His incessant narration can be off-putting, more so when it tries to drive home a point by telling over showing.

In terms of time covered, Narcos’ approach is unique if nothing else. Where the first season jumped from one thing to the other like a roller-coaster ride – charting Escobar’s rise in the narcos business from the late 70s to his prison escape in the early 90s – all of season two happens in the space of just one month. And being a Netflix show, you’ll be able to see all 10 episodes of the new season on Friday itself.

You’re The Worst
Even in today’s crowded roster of comedies involving unlikeable people, various stages of depression and weird life choices, You’re The Worst still manages to stand out. (It also grabbed a spot on our 2015 best of list.) A lot of that is down to creator Stephen Falk and the leading duo of Chris Geere (Jimmy Shive-Overly) and Aya Cash (Gretchen Cutler), as they manage to craft characters and a show – which despite feeling self-absorbed – turns out to be multi-layered as you go on.

The second season of You’re The Worst was a bold step for comedies in general, exploring the realities of clinical depression. The third season picks up right where Jimmy and Gretchen left off, after telling each other what they dreaded and held onto, while Edgar (Desmin Borges) and Lindsay (Kether Donohue) must deal with their own set of relationship problems.

The third season also brings a new cast member in Samira Wiley (Orange Is the New Black) who will play a therapist, plus singer-songwriter Ben Folds will guest star as a client of Gretchen’s.

How to access: FXX or iTunes US
Time commitment: 20-23 minutes every week

Halt and Catch Fire may have started out okay with its first season back in June 2014, but it has found its footing since then to deserve a spot on your TV fixture. If you’re just starting out, be patient with season one as the second year dramatically improves its quality. For the third season, Davis and Clark’s characters are moving their company to Silicon Valley in 1986, which is very much in its infancy as compared to the golden days of our time.

New episodes air weekly, and critical response to the third season has been better than ever.

How to access: AMC or Amazon Video
Time commitment: 2 hours and 10 minutes

Other mentions:
The Jungle Book, Jon Favreau’s live action plus heavy CGI take on Rudyard Kipling’s classic adventure story, and The Night Manager, a spy series based on John le Carré’s 1993 novel of the same name, are now available on Blu-ray and digital. Both have been Weekend Chill picks in the past.

If you need even more choices, look no further than our Netflix guide for September. There’s the Emma Watson-starrer The Perks of Being a Wallflower, Joss Whedon-written The Cabin in the Woods, and a fantastic Israeli drama Hostages among others.

An engineer for the International Space Agency (ISA), Turing is sent to Europa – Jupiter’s moon – to “discover the cause behind the disappearance of the ground crew stationed there”. The game’s puzzles involve sending electrical power to different areas to unlock doors and gain access to parts of the facility.

Published by Square Enix, The Turing Test has been developed by UK-based Bulkhead Interactive using Unreal Engine 4. In an interview with Ars Technica back in June, creative director Howard Philpott said that The Talos Principle, another puzzle game from year 2014, was used as a reference point to design gameplay mechanics with The Turing Test.

How to access: Xbox One or Steam for Windows PCs
Time commitment: 8+ hours

Obduction
The second video game pick for this week is another puzzle game, and this one has great pedigree: it comes from the makers of Myst and Riven – Cyan Worlds. This is how it describes their new title:

“Everyday life is gone. An organic artefact that fell from the sky inexplicably transports you across the universe. You're in a place called Hunrath, with pieces of earth scattered within an alien landscape. Nobody’s here - well... almost nobody. Explore, uncover, solve, decide. This is your story now.”

Obduction can be quite unforgiving – it doesn’t prod you along or feed you endless breadcrumbs to piece together the answers. You’re largely on your own in the weird confines of the alien worlds, and you’ll need to carefully observe your surroundings, memorise the little things that might escape attention and take regular breaks whenever it frustrates you.

But for ones who love old style puzzle adventures, Obduction is a must buy.

Music:
How to Be a Human Being by Glass Animals
Originating from the city of Oxford in England, Glass Animals are a relatively young outfit, having shipped their debut EP – Leaflings – while they were still at university four years ago, followed by their first album – Zaba – only two years ago. Their latest and second effort - How to Be a Human Being - was recorded late last year, but its preparation began while the band was still on a world tour.

Lead singer and guitarist Dave Bayley secretly recorded conversations they had with people on tour, using them later to inspire the new album, with each song talking about a different character. They even ended up creating websites for these individuals, such as raygun123.com and dizzyoncaffeine.com.

Musically too, Glass Animals seem inspired by other cultures – opening track Life Itself contains Indian instruments such as the tabla and the tambourine, and Season 2 Episode 3 has bits that sound like Nintendo game sound effects.

How to access: Apple Music/iTunes or Spotify
Time commitment: 43 minutes