It’s been a so-so week for entertainment news. Tuesday brought us news for the fourth series in Netflix-Marvel’s collaboration – Iron Fist. The first season run of 13 episodes will arrive on the service March 17, 2017.

At Google’s event in San Francisco, virtual reality fans were treated to an app for the upcoming Harry Potter spin-off film, Fantastic Beasts and Where to Find Them. The film releases November 18 in most territories, and Google’s Daydream View will hit sometime in November. So if all goes well, you will probably get a chance to try it out before heading to the big screen. Not in India, though.

On Thursday, Microsoft announced that its shooter franchise Gears of War was under film development again, this time at Universal Pictures. There is no writer attached to the project, and hence no predicted release date.

That’s all to come though. For now, it’s time for another edition of The Weekend Chill. Here are your options for the days ahead of you:

TV:
Preacher
Based on the comic book of the same name, Preacher was developed for television by a total of three individuals: screenwriter Evan Goldberg, actor Seth Rogen, and writer Sam Catlin. Goldberg and Rogen are childhood friends, and have worked together previously on Superbad, Pineapple Express, This is the End – which they also directed, and The Interview.

Gilgun plays an Irish vampire named Cassidy, Negga is in the role of Custer’s ex-girlfriend Tulip and McTavish is The Saint of Killers, a bounty hunter who has god-like powers and is out to kill Custer.

Preacher premiered back in May this year on cable channel AMC, and completed its first season run of 10 episodes in July. 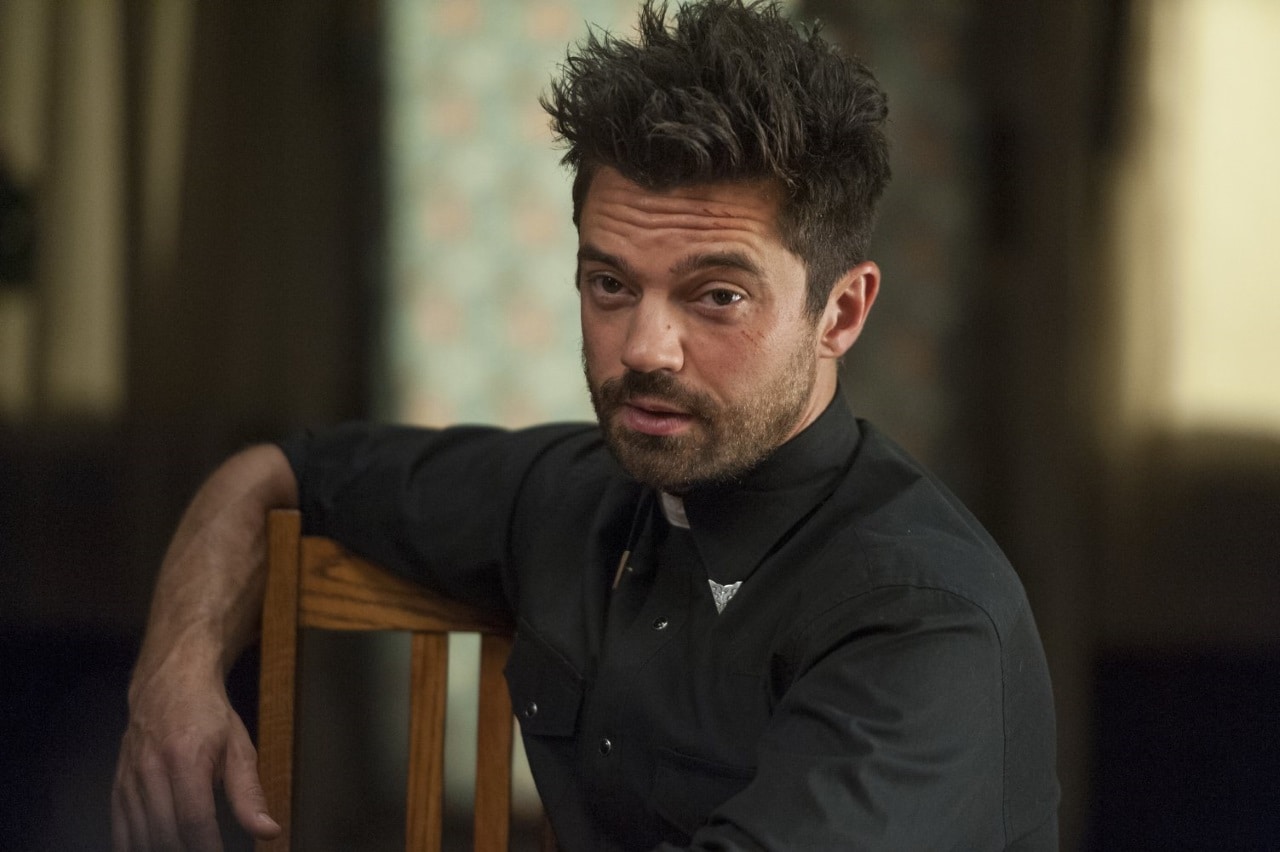 How to access: AMC.com, Amazon US, or iTunes US
Time commitment: 7 hours and 30 minutes

Insecure
Insecure has been in development since 2013, with co-creator Issa Rae – best known for her web series The Mis-Adventures of Awkward Black Girl – working with Larry Wilmore (The Daily Show) to sketch out the “awkward” experiences of African-American women. So pretty much what her web series is exactly about.

Rae will also star as the lead protagonist, supported by the likes of Yvonne Orji, Lisa Joyce, and Jay Ellis. Rae has said that the series isn’t about “the hood life”, but they are “just trying to convey that people of colour are relatable”. “This is about regular people living life,” she added.

About the show’s setting – South Los Angeles – Rae is hoping “to dispel any preconceived notions” and show its rich culture and diversity, as opposed to how it’s mostly seen in film and TV as “gang-ridden and violent”. The first season of eight episodes begins Sunday October 9 in the US on HBO, so Monday morning here in India. 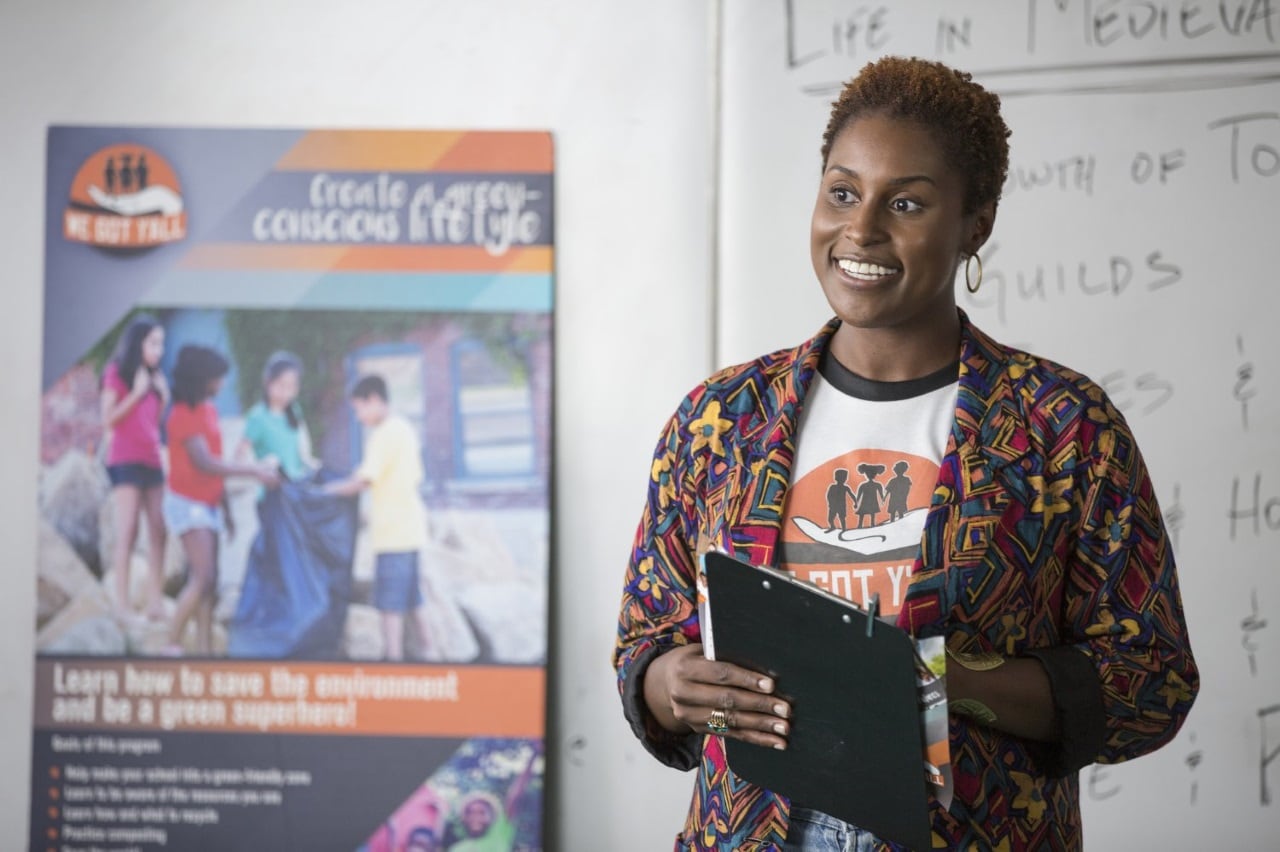 Movies:
Queen of Katwe
Produced by Disney and ESPN Films, Queen of Katwe is the real story of an Ugandan girl named Phiona Mutesi, who escapes a life of poverty by playing chess. It stars David Oyelowo (Selma), Oscar winner Lupita Nyong’o (12 Years a Slave) and newcomer Madina Nalwanga as Mutesi.

With screenplay by William Wheeler based on the book by Tim Crothers, Queen of Katwe has been directed by Mira Nair (Monsoon Wedding). Here’s a detailed premise:

“Queen of Katwe is the colorful true story of a young girl selling corn on the streets of rural Uganda whose world rapidly changes when she is introduced to the game of chess, and, as a result of the support she receives from her family and community, is instilled with the confidence and determination she needs to pursue her dream of becoming an international chess champion.”

The film was first screened at the 2016 Toronto International Film Festival. It released September 23 in the US, and does so Friday in India. How to access: Out in cinema halls
Time commitment: 2 hours and 4 minutes

Video games:
Mafia III
It may never have the same clout as GTA, or inspire an equitable amount of fervour with fans, but 2K Games’ open world Mafia franchise has given gamers some wonderful moments (and games) too. The series is now into its third instalment, releasing Friday, and sees its third developer – after Illusion Softworks for 2002’s Mafia and 2K Czech for 2010’s Mafia II – in Hangar 13.

The game is set in 1968, and follows a African-American man called Lincoln Clay who’s returning from spending years in Vietnam. Back home in New Orleans – as a reimagined New Bordeaux – Clay is trying to rebuild his life but things aren’t so easy, it seems. As Clay, you will need to make friends and build the right crew, involve yourself in gun battles and fist fights, all to become the underworld top dog up against the Italian mob.

Mafia III is the first Mafia game on new consoles – PlayStation 4 and Xbox One – and you can get it on macOS and Windows PCs as well. 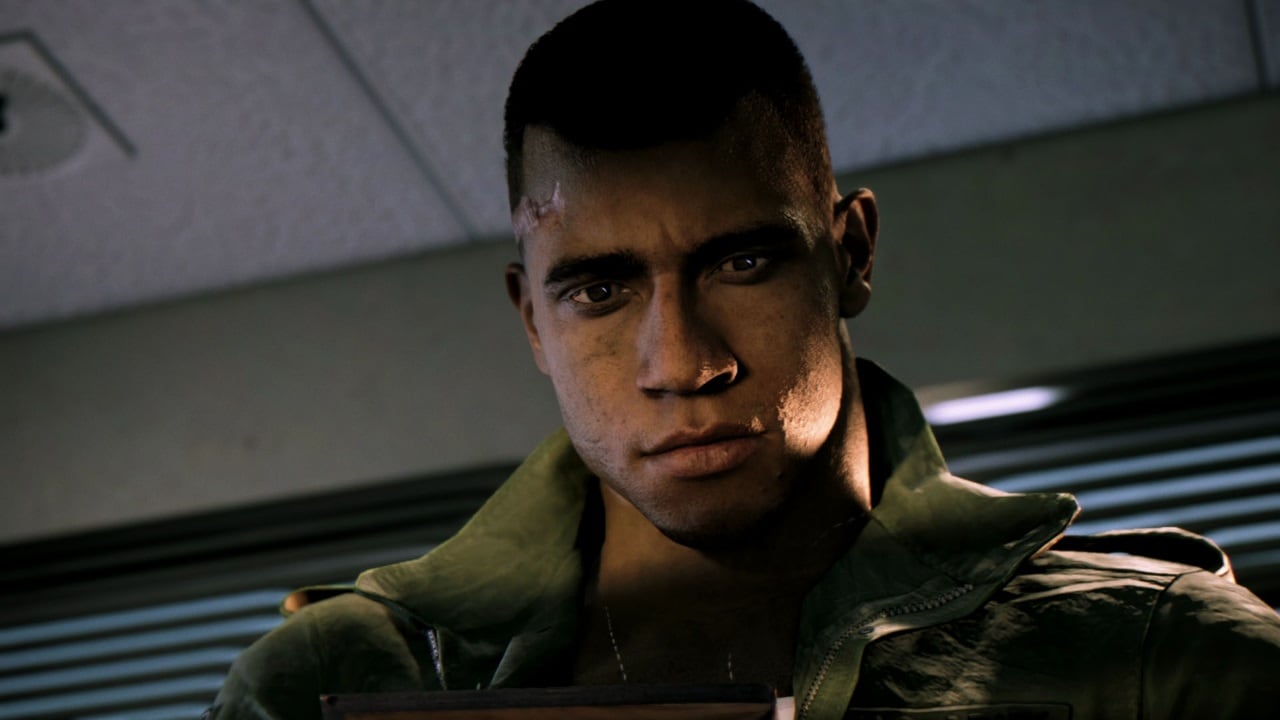 How to access: PlayStation 4, Xbox One, and Steam for PCs
Time commitment: As much as you want, really

“This time in Paper Mario: Color Splash, the theme is colour and paint,” Bill Trinen, senior product marketing manager at Nintendo of America, Inc explained in the announcement video. “As such, the game takes place in a colourful paradise called Prism Island. But something is very wrong.”

As Paper Mario, you have to use his Paint Hammer to splash paint to restore the island’s colour, to revive colourless toads or an entire toadhouse. When it comes to battling others, painting takes the form of holding down on a card and flicking them to begin fights. You will also come across special cards that will provide "satisfyingly powerful attacks". 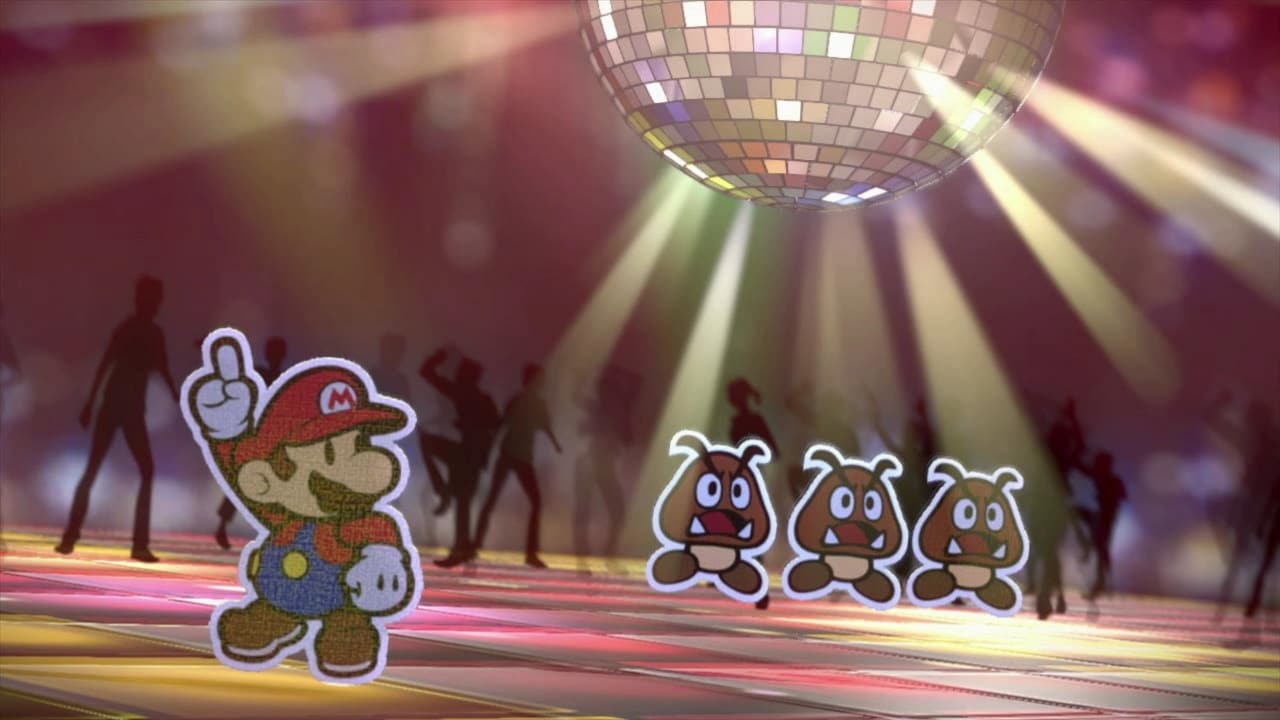 How to access: Nintendo Wii U
Time commitment: 4-6 hours

Apps:
That Dragon, Cancer
Not many games are more personal than this one. Created by Ryan and Amy Green based on their experiences raising their son Joel who was diagnosed with terminal cancer at the age of 1, That Dragon, Cancer is a harrowing and intimate look at Joel’s life before and after the terrible period in his and his parents’ life.

The game retells the 4-year fight against cancer before the child eventually succumbed to its effects in March 2014. It was praised heavily by critics and players upon launch at the start of the year for Windows and OS X PCs and the Ouya. That Dragon, Cancer is a mix of first-person and third-person view, and the two-hour long game is all based on point-and-click interaction.

Being semi-autobiographical, the Greens have brought in audio from home video, and spoken word poetry. There’s even a documentary about the development of the game called Thank You for Playing, which will air on US channel PBS come October 24. 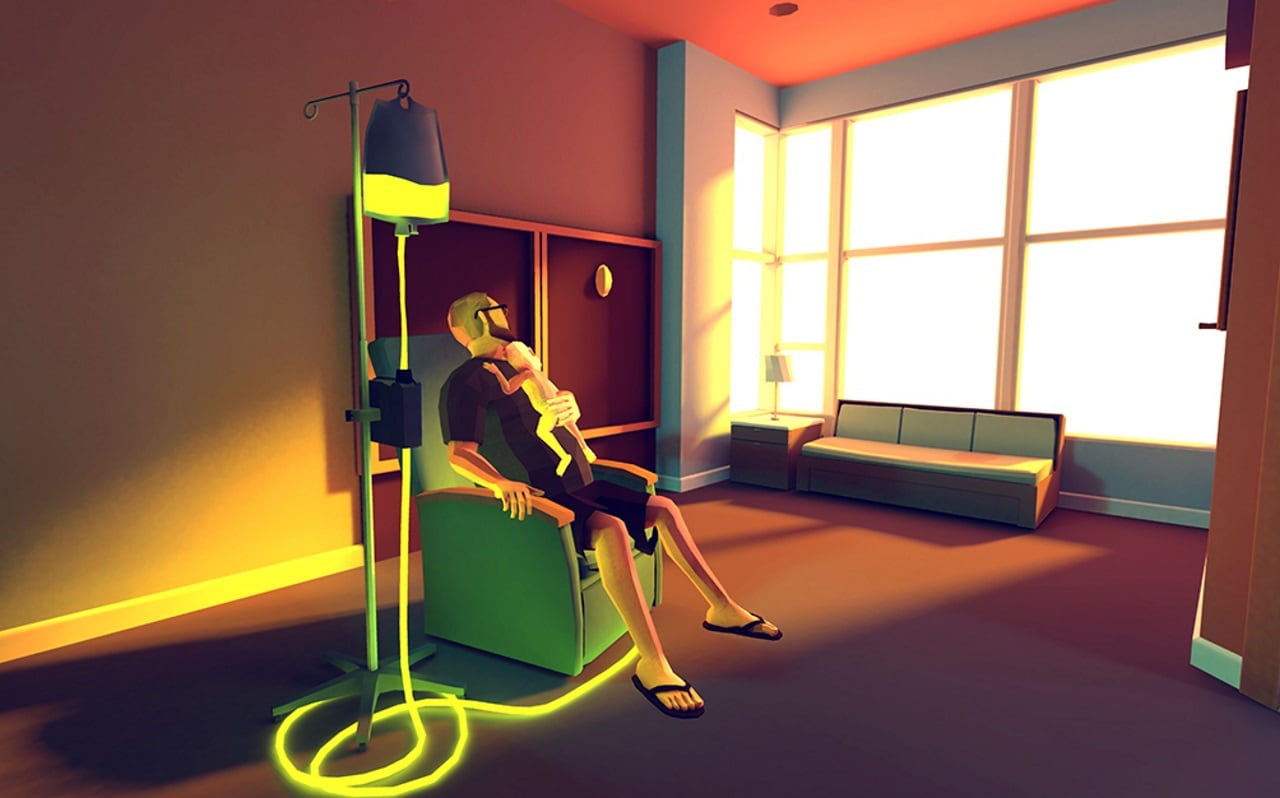 Jade Empire
After reading that title, you might be wondering why a 2005 game released for the original Xbox is part of this weekend’s list. Well, that’s because BioWare has decided to bring it to iOS devices – iPhone 5s or newer, iPad 3rd gen or above, iPad Air, iPad Mini 2nd gen or above – and OS X.

For those who have never heard of the game, Jade Empire was BioWare’s focus before it developed the Mass Effect franchise. It combined kung fu and mythical power, and had players following an orphan who undergoes training with a master. Playable characters could be of four types, combat was real-time, and there was even a morality system that most know as Paragon/Renegade from Mass Effect.

BioWare gave it a Windows release in 2007, labelling it a Special Edition, which also came to OS X in 2008. This is the same version that’s been ported to iOS now. 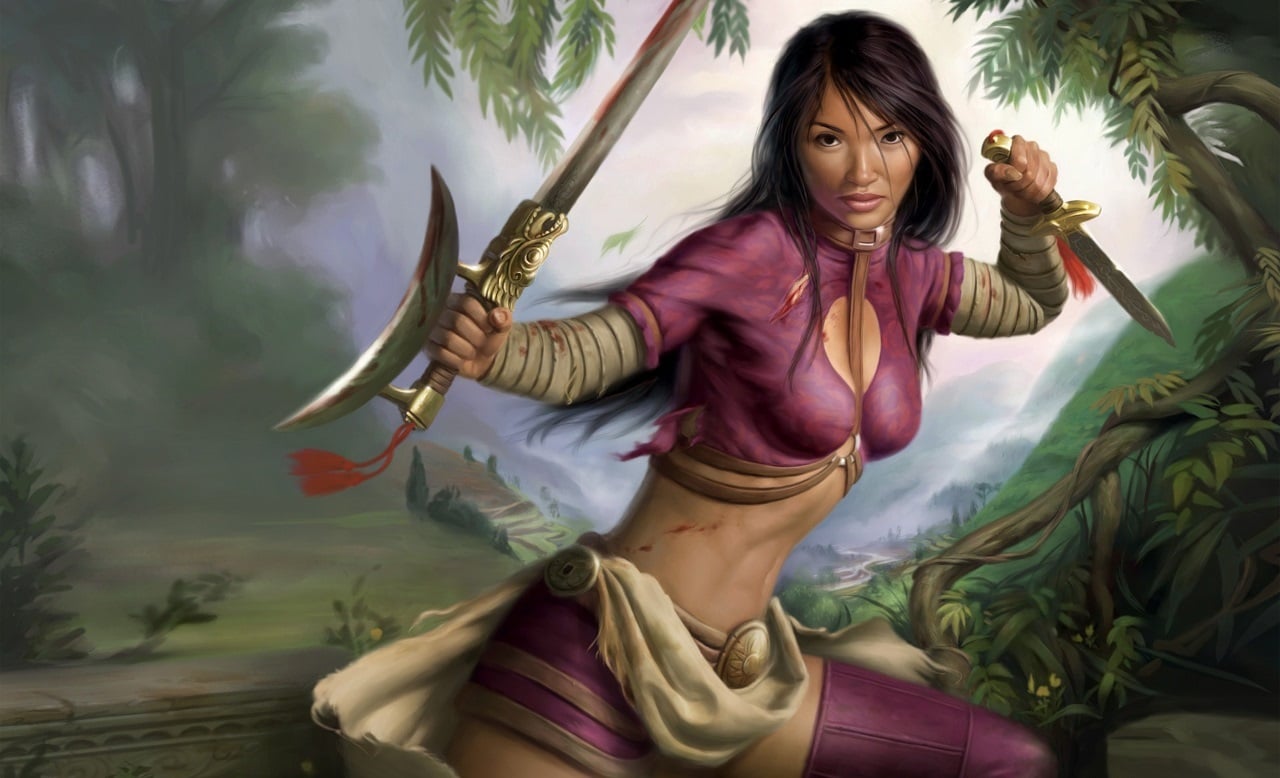 Further reading: The Weekend Chill, Iron Fist, Fantastic Beasts and Where to Find Them, Gears of War, Blade Runner, Blade Runner 2049, Preacher, Insecure, AMC, HBO, Banshee, Penny Dreadful, Queen of Katwe, Mafia III, 2K Games, Paper Mario, Paper Mario Color Splash, That Dragon Cancer, Jade Empire, BioWare
Akhil Arora Email Akhil Akhil Arora covers entertainment for Gadgets 360, interviewing stars such as Christian Bale and Anurag Kashyap, covering series premieres, product and service launches across the globe, and looking at American blockbusters and Indian dramas from a global socio-political and feminist perspective. As a Rotten Tomatoes-certified film critic, Akhil has reviewed over 150 movies and TV shows in over half a decade at Gadgets 360. When he is not completely caught up with new film and TV releases, Akhil ...More
Snapchat Said to Prepare Documents for IPO as Soon as March