The director of Thor: Ragnarok, Taika Waititi, took to Reddit to answer fans’ questions over the weekend. Apart from beating the drum about how it’s going to be “awesome”, “out there” and “crazy”, Waititi said his film will “ignore the fact that there are other Thor films”. When asked what kind of humour it would have, he said to “expect a Taika-esque tone”. So now you know what to expect folks, come November 2017.

On Tuesday, the CBS network announced it was making popular and highly addictive mobile game Candy Crush into a game show for television. Who’s excited for that? At least the publisher Activision, we suppose.

And then came the first teaser for next year’s Guardians of the Galaxy Vol. 2. Supported by another rendition of Blue Swede’s Hooked on a Feeling and a personal talk between Chris Pratt’s Peter Quill and Dave Bautista’s Drax, it’s proof that the sequel will continue the original’s love for off-kilter humour, with James Gunn still handling writing and directing duties. The movie arrives May 5, 2017.

Meanwhile in Mumbai, the police have promised that it will dole out extra security for cinemas that choose to screen Indian director Karan Johar’s upcoming film, Ae Dil Hai Mushkil. This after ultranationalist groups such as MNS threatened to disrupt screenings owing to the presence of a Pakistani actor in the film.

Thursday had a lot – there was the first trailer for Logan, which will be the last outing for Hugh Jackman’s Wolverine (the film releases March 2017); Rockstar Games put out a trailer for Red Dead Redemption 2 – coming for PS4 and Xbox One, but not confirmed for PC; and the biggest of them all – Nintendo finally showed off its next console, the Nintendo Switch. It will release sometime in March as well.

That’s all to come, though. Welcome back to The Weekend Chill, and here are the best entertainment picks for the days ahead of you:

TV:
Chance
Audiences and critics loved Hugh Laurie as Dr Gregory House for which he picked two Golden Globes over eight seasons. If you’re wondering how that’s related to Chance, that’s because Laurie is back to playing a doctor again, albeit a more sophisticated one – he’s forensic neuropsychiatrist Eldon Chance. The Hulu series is based on the book by Kem Nunn, and finds Chance going through a divorce.

The divorce drives him towards a married patient – played by Gretchen Mol – who has an abusive homicide detective as her husband, played by Paul Adelstein. From there, Chance slips into a “world of mistaken identity, police corruption and mental illness.” Unlike other series, Hulu opted to give a direct 20-episode order upfront, as opposed to a pilot.

The first two episodes of the series aired on Hulu this week, and Star World Premiere will air new episodes every Friday. 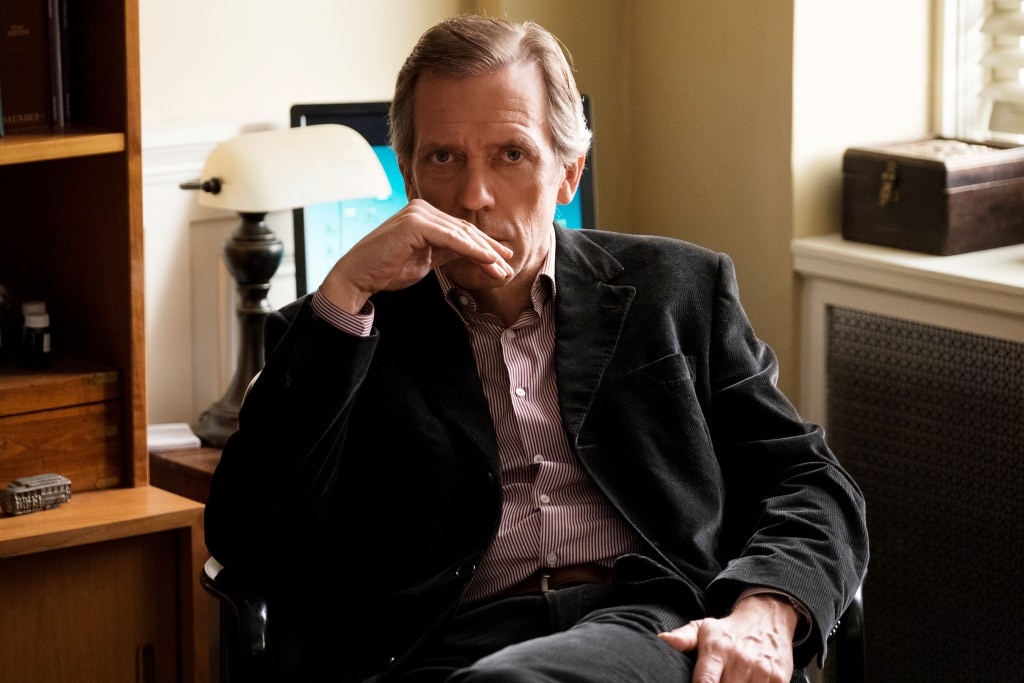 Bates Motel
A prequel to Alfred Hitchcock’s 1960 classic horror story Psycho, Bates Motel stars Vera Farmiga as Norma Bates and Freddie Highmore as her son Norman. It’s only technically a prequel, considering the show is set in a modern setting and a different fictional town – in White Pine Bay instead of Fairvale.

Created by Carlton Cuse, Kerry Ehrin, and Anthony Cipriano, the show begins with the death of Norma’s husband in Arizona, after which the remaining two family members move to Oregon and purchase a motel to begin anew. The episodes since have charted Norman’s mental illness and her mother’s struggles to protect him.

Also part of the cast are Max Thieriot, Olivia Cooke, Nicola Peltz, Nestor Carbonell, and Kenny Johnson. The fourth season of the show – which finds Norma trying to get help for her son – is now available on home media. 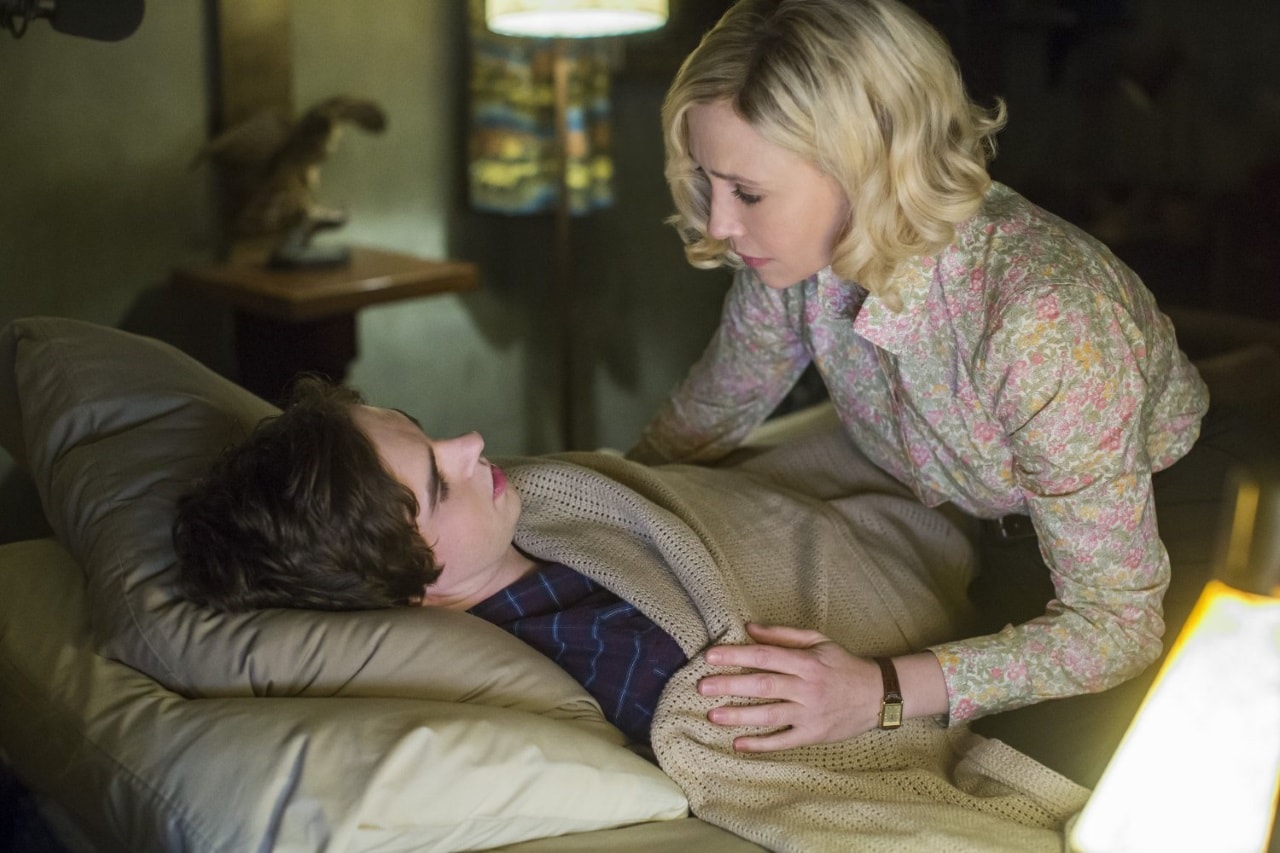 How to access: Amazon US
Time commitment: 7 hours and 19 minutes

The reporters' work was rewarded in the form of a Pulitzer Prize for Public Service in 2003, America's greatest recognition for journalists. As for the movie, Spotlight won the Oscar for Best Picture at this year’s Academy Awards, and picked up Best Original Screenplay. The film is commendable not only for shining a light on investigative journalism, but for the realistic portrayal of what went into their work.

Spotlight released in Indian cinemas back in February; (we recommended it then), and it is now making its TV debut this weekend. If you haven’t seen the film yet, don't miss it now. 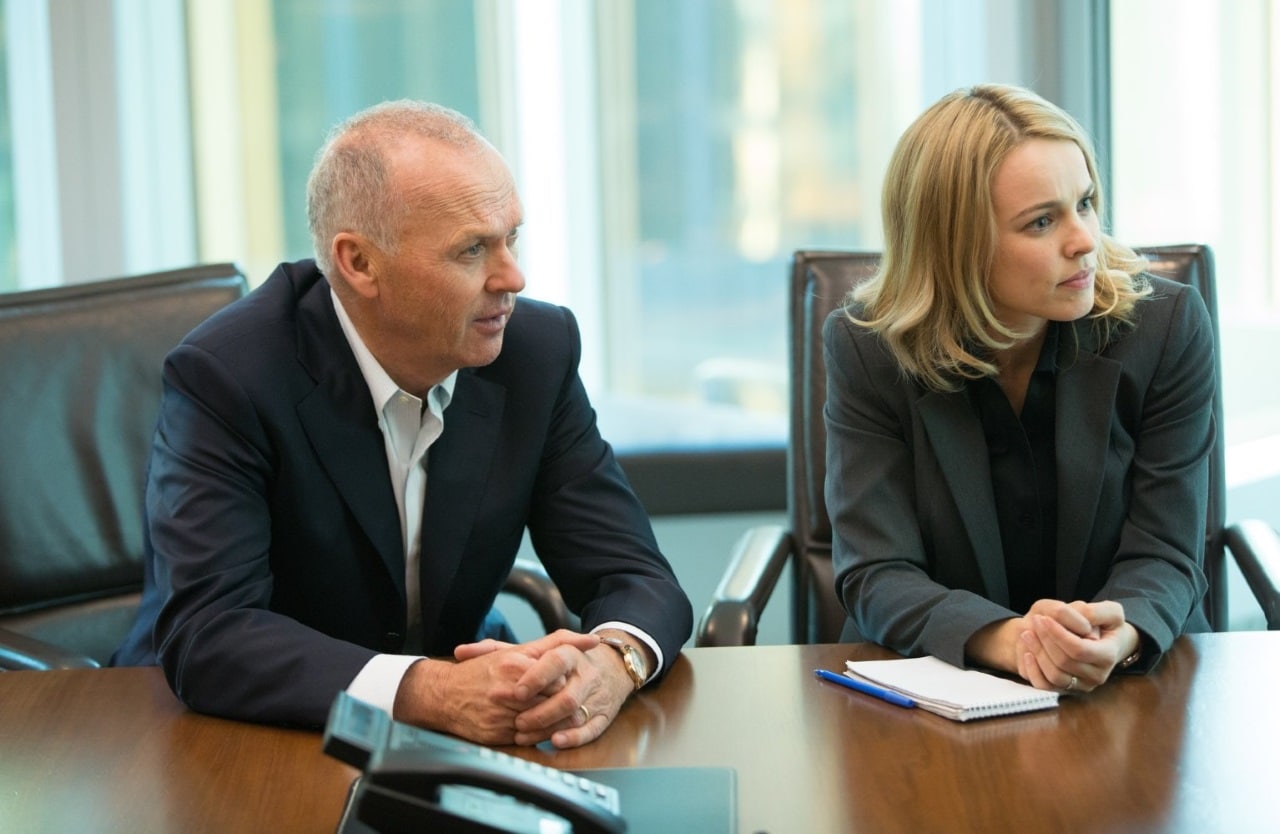 Video games:
Battlefield 1
EA’s first-person shooter franchise Battlefield has moved further into the modern era with each iteration. Battlefield 1 marks a major departure from that routine, going back to World War I. That means tanks, biplanes, horses and swords. Interestingly, developer Dice has also included the ability to play as a carrier pigeon – so now there’s really no reason to not buy this game.

Here’s a bit more description about what you can find in-game: “Through your actions, the pristine world around you change into a battle-scarred landscape, changing the world forever. With dynamic weather you will need to adapt your tactics to weather changes as the elements play a part in the battle. Playing the same map on a bright day, in heavy fog, or rain will impact what you see and hear, forcing you to adapt your play style on an ever-changing battlefield.”

We loved playing Battlefield 1, as you can tell in our review. It makes better use of Frostbite engine than previous EA titles and looks as good as Forza Horizon 3. We also liked the new multiplayer mode Operations which has you playing interconnected battles across various fronts. 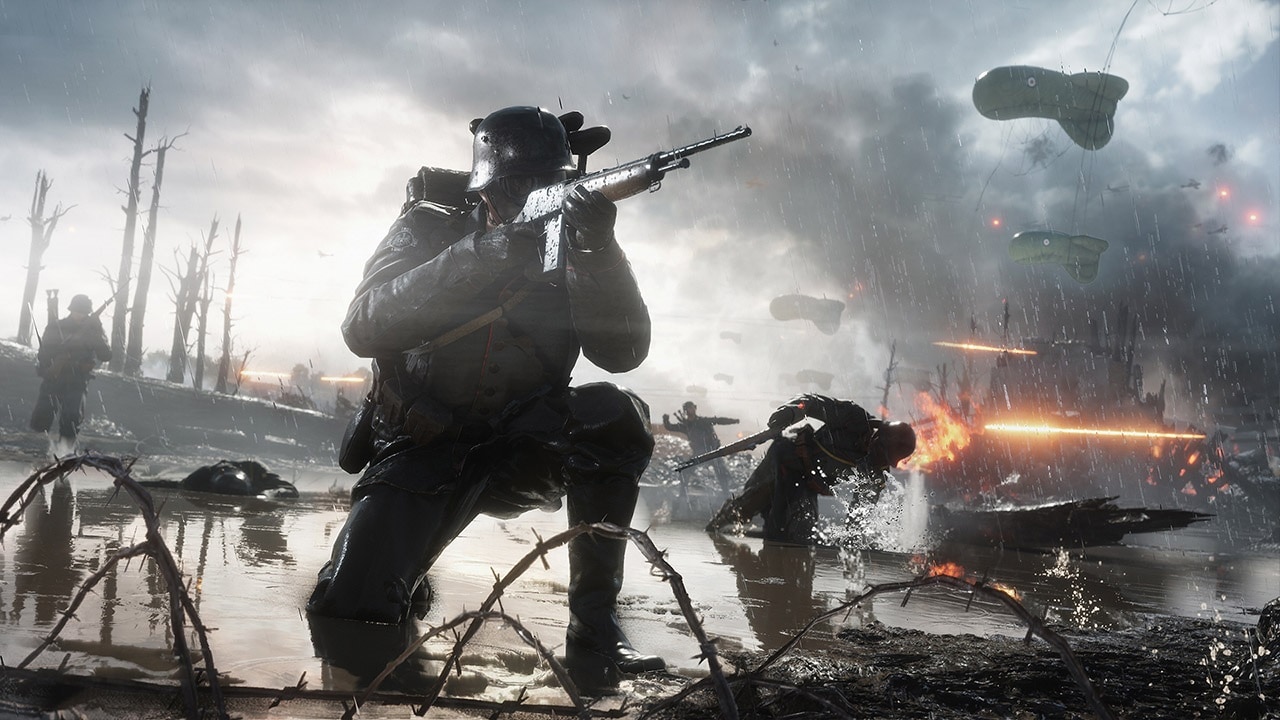 How to access: PlayStation 4, Xbox One, or Origin for Windows PCs
Time commitment: As much as you want, really

Music:
The Midnight Sun by C Duncan
Scottish musician and multi-instrumentalist Christopher Duncan – who performs by the name of C Duncan – is in fine form on his second studio album, The Midnight Sun. It helps that Duncan comes from a classical music background, and understands all of piano, viola, guitar, bass, and the drums. His debut album, Architect, was nominated for the Mercury Music Prize last year, which saw him mix English folk with contemporary dreampop.

The Midnight Sun finds a polished Duncan oozing style and ability in dollops, while also finding a groove for himself. The record is more of an experience than to be studied, so keep it on as atmospheric background while you involve yourself with something else – be it doing chores or driving. Track #4 Wanted To Want It Too, #6 On Course and #9 The Midnight Sun are ones that will have you coming back to the record.

How to access: Apple Music/iTunes, or Spotify
Time commitment: 42 minutes

EA describes it as a game where you "collect Heroes with outrageous and incredible super powers and build your ultimate battle team." Gameplay is like Hearthstone, and you will able to play as plants or zombies for a change.

The game also has real-time online multiplayer like Hearthstone alongside the standard single-player option, and features in-app purchases ranging from Rs. 60 to Rs. 6,200 that will allow you to buy character packs. A third of the characters are "easily accessible" but since there are over 300 characters at launch, EA and PopCap are hoping you will eventually cave in and spend something to get your hands on more characters. 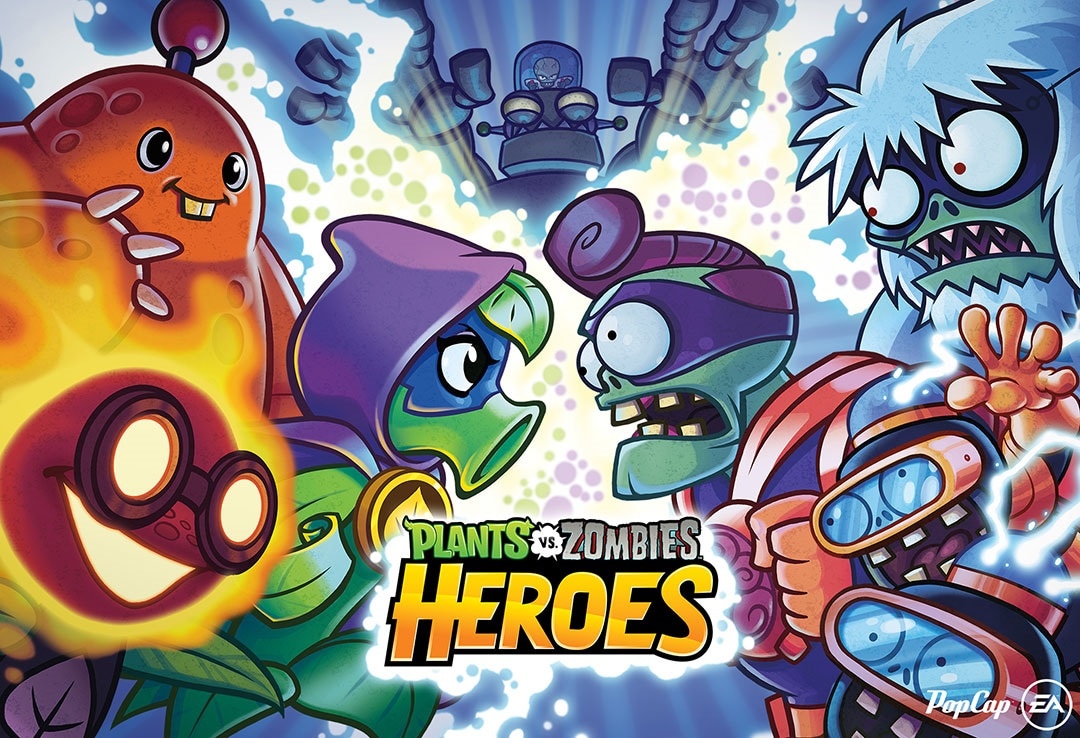 How to access: Apple App Store or Google Play Store
Time commitment: As much as you want, really

Mini Metro
The BAFTA-nominated subway layout game released last year on Steam for Windows, OS X and Linux PCs to good critical acclaim and great reviews from anyone who played out. Here’s what the game is about, from the developers themselves: “In Mini Metro, you take on the task of designing the subway layout for a rapidly expanding city. Your city starts with three stations. Draw routes between these stations to connect them with subway lines. Commuters travel along your lines to get around the city as fast as they can. Each station can only hold a handful of waiting commuters so your subway network will need to be well-designed to avoid delays.

“Eventually your network will fail. Stations will open too quickly. Commuters will crowd the platforms. How long the city keeps moving is up to you.” Mini Metro has sold quarter of a million copies on desktop, and it’s now making its way to iOS and Android now. 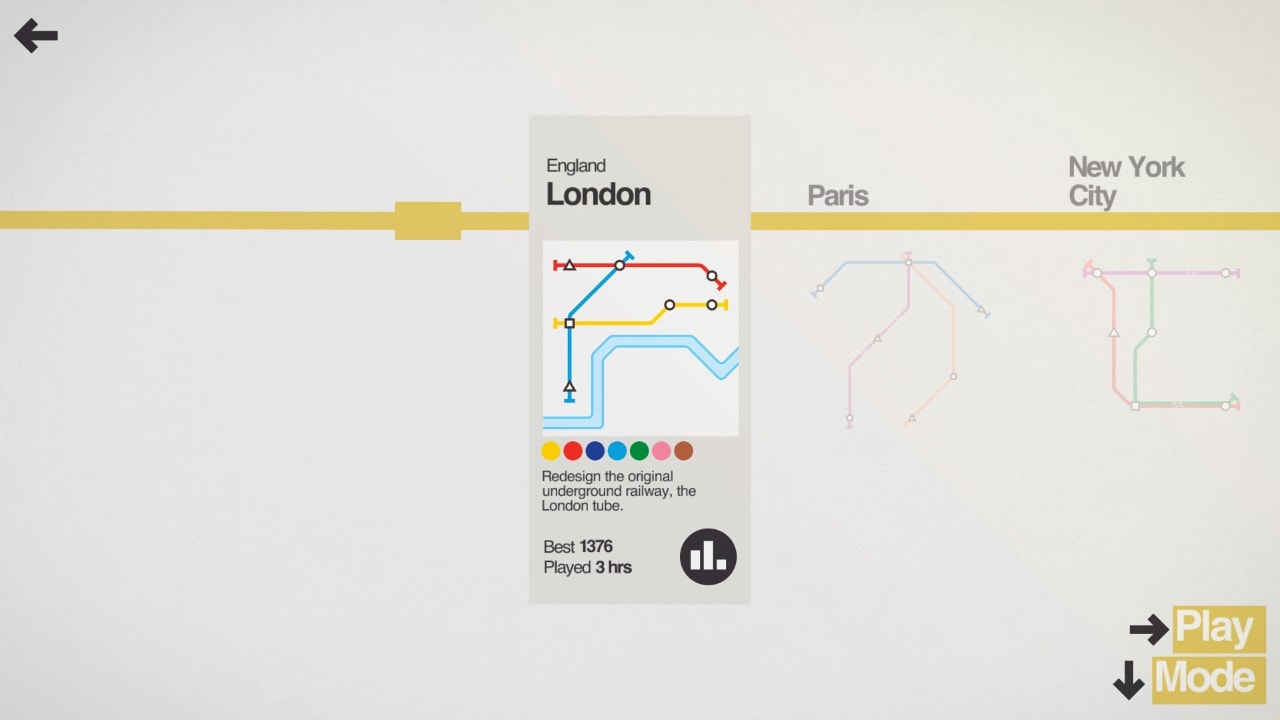 How to access: Apple App Store or Google Play Store
Time commitment: As much as you want, really

Further reading: The Weekend Chill, Bates Motel, Chance, Battlefield 1, Spotlight, C Duncan, Plants vs Zombies, Mini Metro
Akhil Arora Email Akhil Akhil Arora covers entertainment for Gadgets 360, interviewing stars such as Christian Bale and Anurag Kashyap, covering series premieres, product and service launches across the globe, and looking at American blockbusters and Indian dramas from a global socio-political and feminist perspective. As a Rotten Tomatoes-certified film critic, Akhil has reviewed over 150 movies and TV shows in over half a decade at Gadgets 360. When he is not completely caught up with new film and TV releases, Akhil ...More
Google's Surprising Survey Results: Indians Most Likely to Pay for Digital Goods and Apps
Moto G4, Moto G4 Plus Android 7.0 Nougat Update Starts Rolling Out