The $50 Device That Symbolises a Shift in North Korean Society

By some estimates, up to half of all urban North Korean households have an easily concealed "notel", a small portable media player used to watch DVDs or content stored on USB sticks that can be easily smuggled into the country and passed hand to hand.

People are exchanging South Korean soaps, pop music, Hollywood films and news programmes, all of which are expressly prohibited by the Pyongyang regime, according to North Korean defectors, activists and recent visitors to the isolated country.

"The North Korean government takes their national ideology extremely seriously, so the spread of all this media that competes with their propaganda is a big and growing problem for them," said Sokeel Park of Liberty in North Korea (LiNk), an organisation that works with defectors.

"If Pyongyang fails to successfully adapt to these trends, they could threaten the long-term survival of the regime itself."

North Koreans have been spending money more openly, a sign that some forms of entrepreneurship are increasingly tolerated and that the state is easing some of its harsh controls over the economy. In recent months, consumption has become more conspicuous.

"The variety and number of places for locals to spend money has really increased," said one regular visitor to Pyongyang, declining to be identified. "People seem a lot more confident flashing the cash than they used to be. I've seen people spend $500 on a phone with no hesitation, for example."

There is no sign, however, that the regime in nuclear-capable North Korea is loosening its grip, looking to make substantial reforms or making any change in its unpredictable ways of dealing with the outside world.

But along with rising incomes, more goods are available in the impoverished country, mostly on the black market but also in some state-controlled stores.

Cheap and versatile
Notel or 'notetel' - the name is a uniquely North Korean word combining 'notebook' and 'television' - are easily found on the black market for around CNY 300 (approximately Rs. 3,000), and are also available in some state shops and markets. 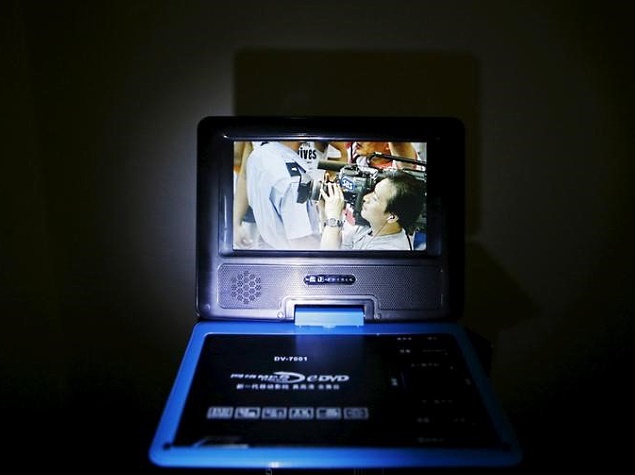 The device was legalised last year, according to defector-run news outlets in Seoul - one of many recent measures taken by the state to accommodate grassroots change.

The new rules, however, also require North Koreans to register their notel, enabling authorities to monitor who is most likely to be watching banned foreign media.

North Koreans do not have access to the internet - those who can go online are limited to a state-run intranet, while the country's 2.5 million mobile phone subscribers are not allowed to call outside the country.

The notel comes from China, either smuggled or legally imported.

Lee Seok-young, a defector from the North, said he smuggled 18,000 Chinese-made notel into the country last year. He said he ordered them directly from a factory in Guangzhou that was likely still in production solely to satisfy the demands of the North Korean market.

The devices have lost their popularity in China over the years, but still sell well in the provinces bordering North Korea, according to data on the China-based online shopping website Taobao.

When asked to quote a wholesale price for notel, one Chinese trader in the border city of Yanji said: "You want to send them to North Korea? How many do you want to send? They sell well there."

The low-voltage notel differs from the portable DVD players of the late 1990s in that they have USB and SD card ports, and a built-in TV and radio tuner. They can also be charged with a car battery - an essential piece of household equipment in electricity-scarce North Korea.

Legally-registered notel must be fixed to official state television and radio channels, according to the Daily NK, a Seoul-based news organisation run by defectors.

Lee, the defector, said the device's multi-function nature makes it easier for users to get away with watching illegal material.

"To avoid getting caught, people load a North Korean DVD while watching South Korean dramas on a USB stick, which can be pulled out," he said. "They then tell the authorities, who feel the heat from the notel to check whether or not it has been recently used, that they were watching North Korean films".

Park at the LiNK organisation added: "They are small enough to roll up in a blanket and hide in a wardrobe. They have become so popular because they are perfect for overcoming the twin barriers to foreign media consumption: surveillance and power outages.

"If you were to design the perfect device for North Koreans, it would be this."