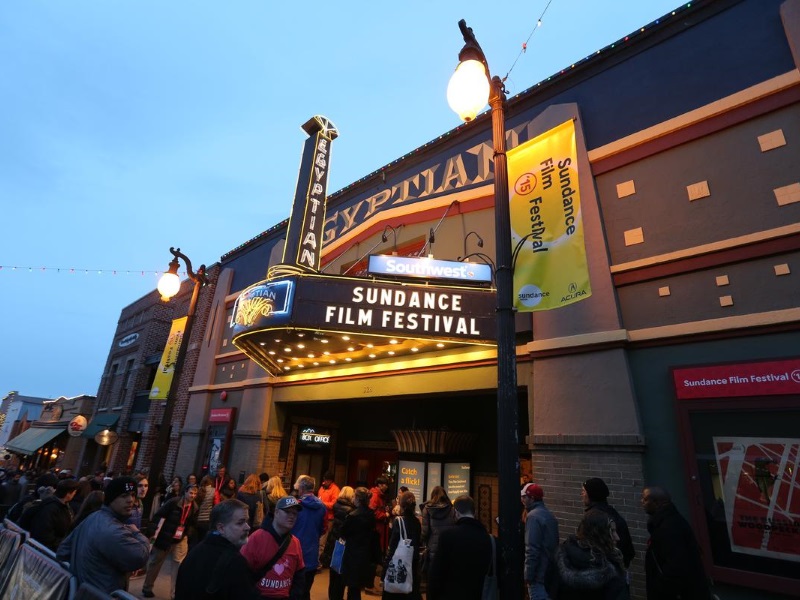 A real-life homicide, a woman who wakes up after being frozen for 30 years and a close encounter with a whale - these are some of the virtual reality films creating a buzz at this year's Sundance Film Festival.

The lineup of no less than 30 immersive experiences - showcased in the festival's New Frontier program - reflects an increasing willingness by filmmakers to experiment with technology that offers a new form of story-telling.

"We're still at a nascent stage - five minutes long, that kind of stuff - but you can really see how it's going to grow in people's imaginations.

"I can see coming home and saying I just need 10 minutes of VR before anybody talks to me."

Among the standout shorts, which run about five minutes on average, is "Defrost," which follows a woman who suffered a massive stroke and wakes up after being frozen for nearly 30 years.

The viewer, equipped with a headset, experiences the film from the woman's perspective as she reunites with her much older family.

"Waves of Grace" follows Ebola survivor Decontee Davis as she helps others in Liberia affected by the disease, while "theBlu: Encounter" offers a close encounter with a whale.

"Virtual reality immerses you into a really different experience you've never really had before," said Jake Rowell, the director of "theBlu: Encounter," which was made in three months. "It takes you back to your eight-year-old self in a lot of ways.

"Usually people leave with it being a memory, they experience it like going on a hike, or skiing."

Covering eyes and ears
One unusual virtual reality set-up at Sundance - "In the Eyes of the Animal" - allows viewers equipped with a globe-shaped headset decorated with moss and plants to experience a forest landscape through the eyes of different animals, including a frog and a dragonfly.

The visuals create the illusion of soaring high above the trees or hovering along the forest floor.

"By covering your eyes and your ears and simulating reality, you can take someone out of their body and put them in someone else's body, and see the world from a different sensory perspective," said Barnaby Steel, of the London-based design studio Marshmallow Laser Feast that created the experience.

"So what does the world look like form a bat's perspective or a different insect?" he added. "We're interested in what is reality like beyond our senses."

But while everyone agrees that virtual reality technology is gaining traction as more and more people and companies explore the medium, developers say it will take some time before it is ready for consumers or becomes part of the movie experience.

The hardware - which typically consists of goggles that can be bulky and uncomfortable to wear - will need to evolve and become more accessible, they say.

Another challenge will be to make it appealing to older audiences.

"We're all in this new ground, this new medium, trying to figure out how it works," Rowell said. "But in the long run, I think people will embrace it ... and it will grow.

"Now you have headsets but later on it will probably be just glasses."