Apple co-founder Steve Jobs became renowned for conjuring a "reality distortion field" that made people believe whatever he wanted.

If he were still around, it's easy to imagine that Jobs would be summoning all his powers of persuasion to protect a legacy that's getting muddied with each cinematic take on his fascinating life.

"Steve Jobs," which opened Friday, is the latest movie to examine a charismatic visionary who mesmerized the masses with his trendsetting gadgets while alienating his subordinates and friends with an almost-inhumane cruel streak.

It's the second movie about a Silicon Valley icon written by Aaron Sorkin, who won an Academy Award in 2011 for "The Social Network," a dramatization of the friends and enemies that Mark Zuckerberg made while building Facebook into an Internet power.

Zuckerberg, now 31, ridiculed that movie as mostly fiction and publicly lamented, "I just wished that nobody made a movie of me while I was still alive."

Jobs' supporters probably won't be happy with Sorkin's posthumous interpretation of Jobs either, even though previously released movies have drawn similar portraits depicting him as an acid-dropping hippie turned megalomaniacal genius who berated and betrayed people.

Here's a look at how the latest biopic compares with some of its predecessors:

"Steve Jobs" (2015)
This is the most provocative and best acted of the bunch, spearheaded by Michael Fassbender, who stars as Jobs. The story unfolds in a much different format, but the overriding message is the same: Jobs was a tortured soul who tortured those around him while striving to design machines that were made better than he was.

The film, based loosely on a best-selling book by Jobs' hand-picked biographer Walter Isaacson, unfolds in three acts that take place before three presentations orchestrated by Jobs: the 1984 debut of the Macintosh computer; a 1988 showcase for the NeXT computer; and the 1998 unveiling of the iMac.

None of the pre-event scenes or dialogue actually occurred, but the drama is designed to capture the relentless drive and haunting demons that made Jobs who he was. Director Danny Boyle describes the movie as a "heightened version of real life" while Sorkin calls it a "painting and not a photograph."

Wozniak (played by Seth Rogen) delivers two of the film's pivotal lines when he tells Jobs, "Your products are better than you are," and "You can be decent and gifted at the same time."

"Jobs" (2013)
Ashton Kutcher didn't get an Oscar nomination for his interpretation of Jobs like some critics are already predicting Fassbender will get, but give Kutcher credit for nailing a lot of the real man's mannerisms, including the loping way he walked.

The movie picks up on Jobs' life as a bare-foot, shaggy dropout at Reed College in Oregon and follows the path that led to him teaming up with Wozniak to start Apple in 1976, recruiting Sculley to become CEO, leaving Apple in a power struggle, and returning to engineer the greatest comeback story in corporate history.

Along the way, the movie features scenes showing Jobs ripping off Wozniak on a job for video-game maker Atari; denying stock to early Apple employees who were once his friends; and berating Apple workers. 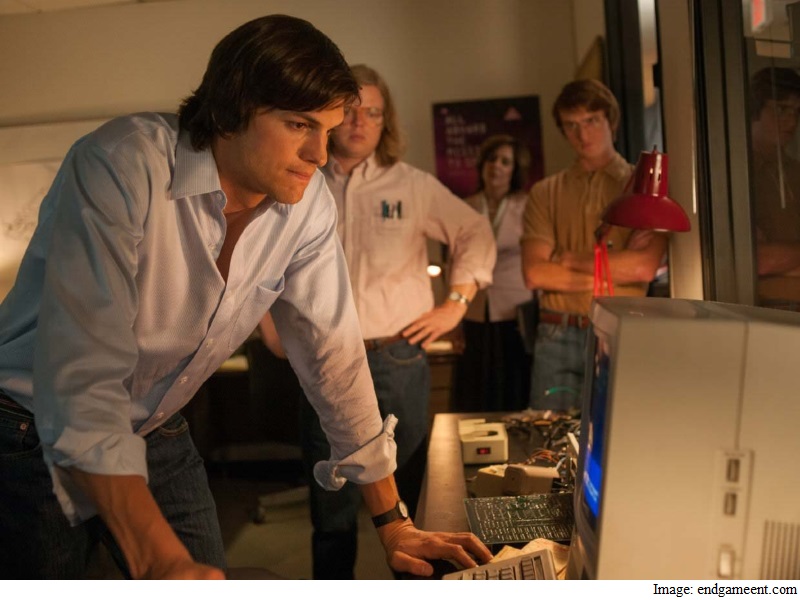 Shortly before Sculley ousts Jobs from Apple, a tearful Wozniak (played by Josh Gad) wonders what happened to the friend he knew when they were making illegal boxes to make free long-distance phone calls. "You are the beginning and end of your own world," Wozniak tells Jobs.

This movie ends on an upbeat note, with Kutcher, as Jobs, narrating "Here's To the Crazy Ones," a famous TV commercial that ran as part of Apple's "Think Different" campaign. (Although Jobs did record a version of this bit, Apple wound up airing a version narrated by actor Richard Dreyfuss.)

"Steve Jobs: Man in the machine" (2015)
This documentary from another Academy Award winner, Alex Gibney, leaves viewers with an appreciation for Jobs' achievements and a disdain for his often boorish behavior.

It's a particularly damning portrait because it's told through clips of Jobs himself and interviews with some of the people who knew him best. The list of participants includes: Brennan, Lisa's mother, and Daniel Kottke, who befriended Jobs at Reed College and became one of Apple's early employees only to be denied stock when the company went public. 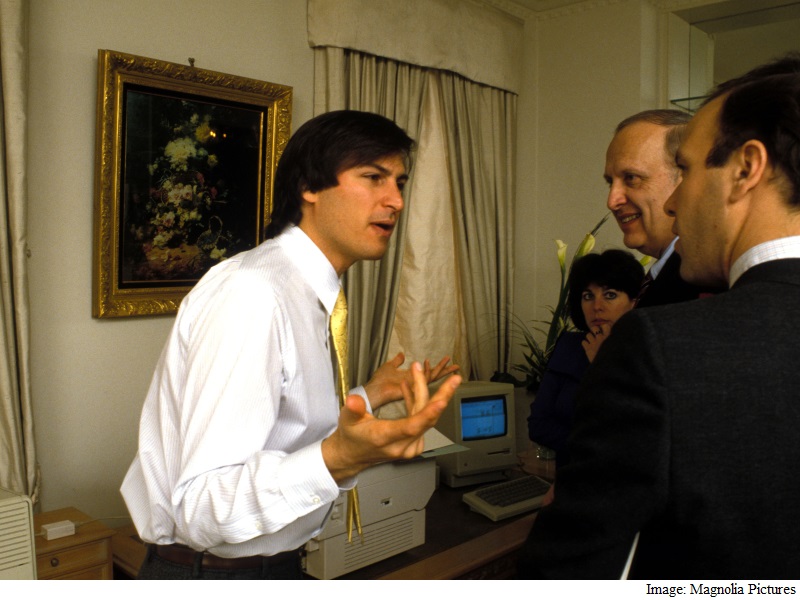 What the movie lacks is the perspective of Jobs' admirers, including Apple executives who still lionize him. Among that group is Eddy Cue, the company's senior vice president of Internet software and services, who blasted the film in a March tweet as "an inaccurate and mean-spirited view of my friend."

"Pirates of Silicon Valley" (1999)
This made-for-TV movie came out before Jobs transformed Apple and society with the release the iPod, iPhone and iPad.

Jobs, played by Noah Wyle, shares top billing with Microsoft co-founder Bill Gates in this movie, based on the book "Fire In The Valley." It covers Jobs' staunch refusal to recognize Lisa as his daughter and his caustic attitude toward people.

Although the movie depicts Jobs as the hipper of the two men, the more nerdy Gates ends up outmaneuvering his rival to get the technology that became Windows and helped turn Microsoft into the world's most valuable company at one point. The movie closes with Gates looking down at Jobs from a giant video screen during a 1997 conference announcing that Microsoft had invested $150 million (roughly Rs. 971 crores) in Apple at a time it nearly declared bankruptcy.

If that is how the story had really ended, there probably would have never been another movie made about Jobs.