Since all but exiting the smartphone market in India, Sony has increased its focus on two particularly important segments for the Japanese company in the country — home entertainment and audio. Sony remains among the most popular brands in India for televisions, with a strong brand identity, effective offline dealer network, and a reputation for making among the best TVs you can buy.

At the same time, Sony TVs continue to be priced at a premium above the competition — a basic 32-inch HD Ready Sony TV costs a bit more than a 43-inch 4K TV from Vu. Although Sony's basic 2019 lineup of 4K HDR TVs starts at just over Rs. 70,000, the attention is more on its ultra-premium lineups, such as the newly launched Bravia A9G series of OLED TVs.

“As customers are becoming more aware of the technologies and terminology in TVs, we're finding that some buyers are going into stores and specifically asking for OLED TVs,” says Sunil Nayyar, Managing Director of Sony India, in a conversation with Gadgets 360. “Most customers still ask for the size or resolution of the TV they want rather than the type of screen, but there are some that ask for OLED, and in some cases, specifically for Sony OLED TVs.”

Although LED remains the most popular type of TV in India, the premium segment is seeing the launch of newer and better technologies such as OLED and QLED. Sony has thrown its weight behind OLED screen technology, and has launched the A9G series, which is the successor to last year's A9F series.

However, while Samsung has taken things up a notch with the launch of its Rs. 10,99,900 8K QLED TV in India, the Sony A9G series is still firmly sticking to 4K.

“India isn't ready for 8K TVs yet. A 4K TV is much more practical now than it was a few years ago, and quality 4K content exists, but even that is somewhat out of reach for most buyers. Full-HD remains the most popular resolution for buyers today,” says Nayyar. On being asked by us how long he though it would take for 8K to reach the level of adoption that 4K is at today, he chose not to put a date to it. “There's no point to it until the content catches up. 8K content on an 8K TV will certainly look brilliant, but for now, an 8K TV will still only be upscaling lower-resolution content.” 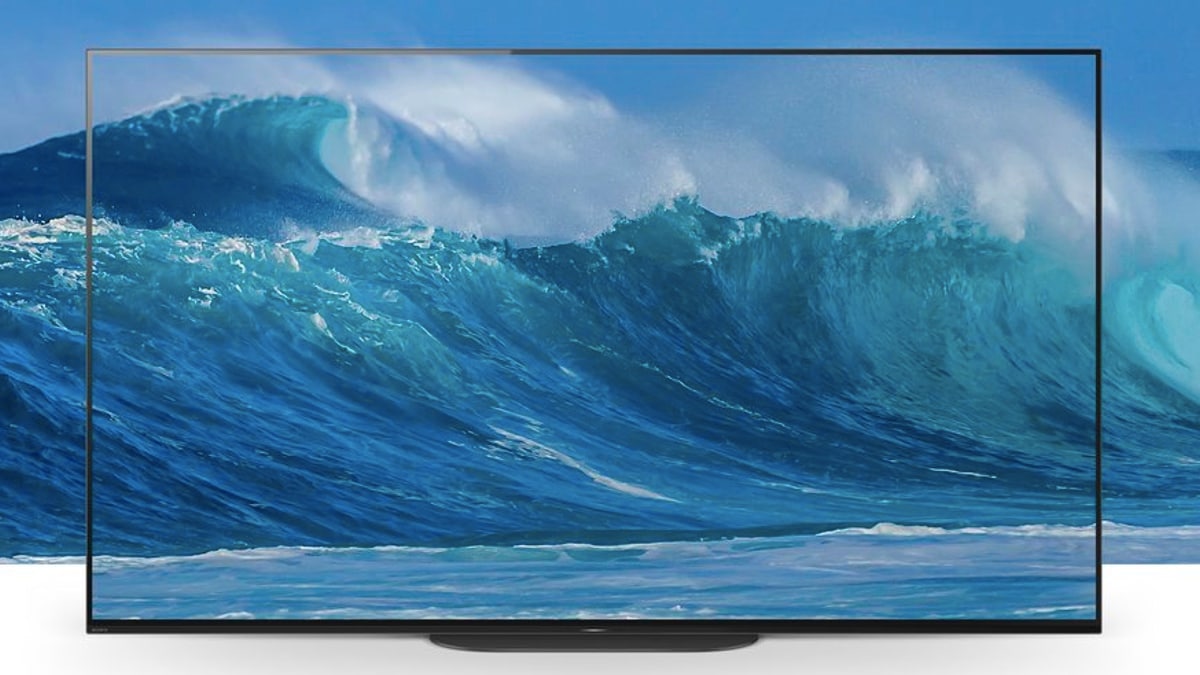 Prices of premium OLED TVs are coming down for Sony — the A9G series starts at Rs. 2,69,900 for the 55-inch model, compared to the Rs 3,99,900 starting price of the A9F series last year. However, that's still quite a high price in the larger scheme of things, particularly considering that you can buy a 55-inch 4K HDR LED Smart TV such as the TCL P8E for around Rs. 40,000 or less.

When asked if buyers were inclined to spend big bucks when similar specifications were available at a fraction of the price, Nayyar says, “The Indian TV market is like a pyramid, and Sony's new A9G TVs naturally sit somewhere near the top; the chunk of the market is competing for volumes near the bottom of this pyramid. However, there are a growing number of buyers looking for premium products, and we're encouraged by market growth in the premium segment.”

Sony has stuck to the Android TV platform for its smart TVs for some time now, even as brands such as Samsung and LG continue to develop their custom interfaces. Sunil Nayyar is a firm believer in the Android TV platform, and when asked why Sony hasn't developed its own platform yet, says, “Why reinvent the wheel? Android TV is, we feel, the best smart TV platform in the world, and just as Android can be found on most smartphones worldwide, Android TV has similar recognition and goodwill. It also made it easier for us to integrate hands-free Google Assistant into the A9G series.”

The Sony A9G, like the A9F before it, comes with hands-free Google Assistant. The voice assistant has existed on a number of TVs in the past, but triggering it involved pressing a button on the remote and speaking into the microphone on it. On Sony's newest TVs, the feature works like it would on a Google Home speaker — completely hands-free and voice activated. 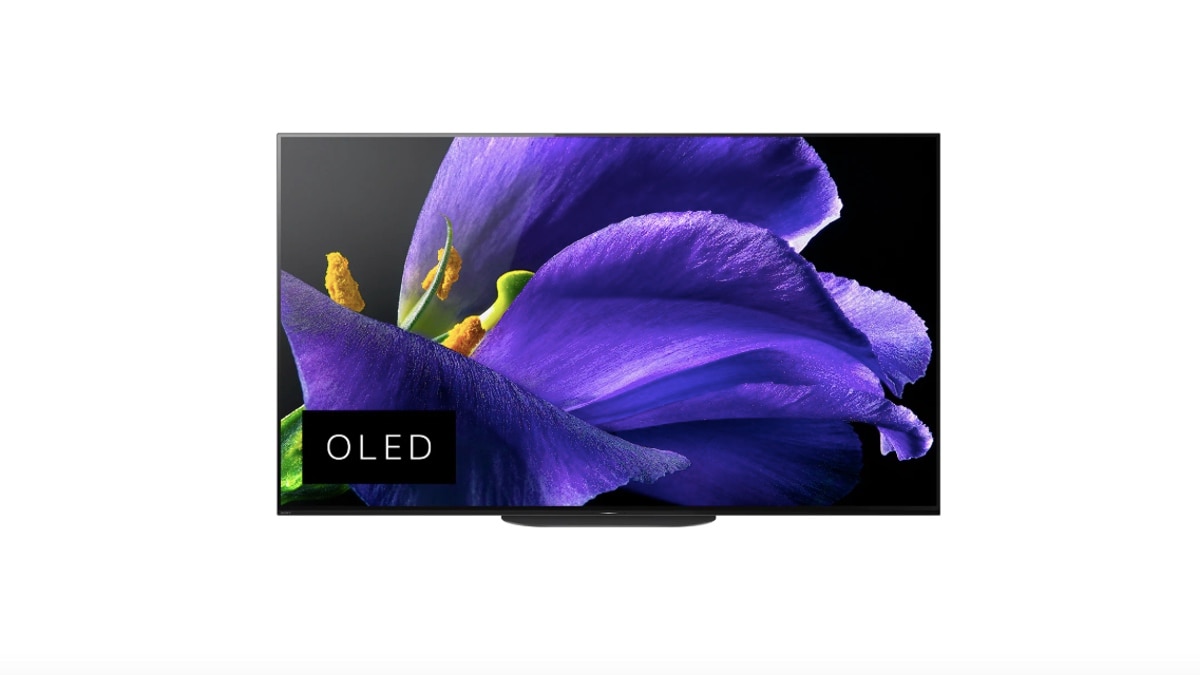 The TV has microphones built-in, is always listening for the wake keywords — ‘OK Google' or one of its variations — and can be used to control nearly anything. This includes opening apps, playing specific content, changing the source, or adjusting the volume. It works even when the TV is on standby, so you could use it to turn on the TV, and then turn it back off once you're done.

We personally feel that there is a sense of comfort to using a remote, especially when we don't know exactly what we want to watch. But for all other times, the feature seems useful and worked effectively in Sony's demonstration during the launch event. “It's a first-of-its-kind feature, and one we feel can change the way people use their TVs,” says Nayyar.

That said, the popularity of streaming devices such as the Amazon Fire TV Stick 4K is growing, with Amazon claiming to have sold over a million Fire TV Stick devices in India. With the price of such products being so low, we wonder if TVs even need to be smart. We've often hoped that manufacturers would create TVs with all the bells and whistles, but minus the smart UI and connectivity, and asked Sunil Nayyar what he thought of that idea. It seemed to baffle him why anyone would want that.

“Users are looking for ease of use, and for someone buying an expensive, feature-filled TV, it's unimaginable for it to be a non-smart TV. Users that prefer streaming devices always have the option to use them, but most people want the ease of having their online content play off the TV itself. Non-smart premium TVs just wouldn't sell,” says Nayyar. “Besides, many of the key features of the A9G series, such as the hands-free Google connectivity, the built-in Chromecast, and the Netflix Calibrated picture mode rely on being connected,” concludes Nair.

Further reading: Sony, OLED TV, Sony A9G
Ali Pardiwala Email Ali Ali Pardiwala writes about audio and video devices for Gadgets 360 out of Mumbai, and has covered the industry for a decade now. Ali is a Senior Reviewer for Gadgets 360, where he has regularly&ampnbspwritten about televisions, home entertainment, and mobile gaming as well. He is a firm believer in 4K and HDR on televisions, and believes that true wireless earphones are the future of the personal audio industry. Ali is available on Twitter as @AliusPardius and on email at alip@ndtv.com, so do ...More
Facebook Loses Facial Recognition Appeal, Must Face Privacy Class Action