Planet Earth II - Jaguars, Song of the Indri, and Life in the Jungle

Planet Earth II, a BBC documentary series that focuses on the beauty of nature, aired its third episode recently. After highlighting the wonders of nature on islands and mountains in the first two episodes, the series moved on to jungles.

Forests are home to a vast majority of the world’s flora and fauna. Food is plentiful but competition for it is also fierce. Every species has enough to feed itself here if it can compete with others vying for survival. From fungi that glow in the dark to hummingbirds that have developed beaks longer than their bodies, there were a wide variety of creatures covered in this episode.

We’ve already spoken at length about the first two episodes of Planet Earth II and here’s our discussion after watching the third episode, titled ‘Jungles’. What follows is a condensed and edited version of the same. Spoiler alert: Lots of gushing about incredible visuals and the beauty of nature ahead.

Pranay Parab: The highlight of episode three for me was the editing. You can take a whole bunch of stunning shots but if it’s not crafted into a great story, then the show will suffer. Planet Earth II has some great editing overall, but in this episode it was exceptional. My favourite example of this is the jaguar scene. The male jaguar goes and kills that huge black caiman, which is from the alligator family for those who don’t know, and straight after that scene we see a stunned capybara. I’m sure the capybara wasn’t stunned after seeing the jaguar killed the caiman but that was a great place to use that shot. You can also see this in the way they weave a narrative into otherwise normal events. Think about that jaguar scene, where one jaguar wanders into the territory of another, and then leaves. David Attenborough talks about that incident before explaining that the river bank has enough food to support many jaguars, and that is why they often enter each other’s territory. There are many such small stories throughout Planet Earth II and that is one of the defining elements of the show - all thanks to some great editing.

Akhil Arora: That shows how important it is to use every available tool of film-making. You can send out the best people in the industry to capture the animals, birds, and even insects, but that alone isn’t enough to draw viewers towards a natural history show anymore. Wildlife photography that would have blown away viewers a decade ago is now considered the base level, thanks to the proliferation of high-definition cameras.

For Planet Earth II to truly enthrall us, it must create a sense of drama and tension. That’s what editing brings to the table, by inter-cutting between unrelated footage at times, helped by Sir David Attenborough’s charming and authoritative voice, and Hans Zimmer’s capabilities as a composer. The series doesn’t just show nature at its finest but weaves a narrative through the events.

One of these moments happen during the hummingbird segment in the jungles of Ecuador. When the sword-billed hummingbird is shown cleaning its feathers in a unique fashion, the editor cuts to other hummingbirds in a way such that it seems that all of them are looking towards that single bird - sort of like your neighbours peering through the curtains to see what’s up. 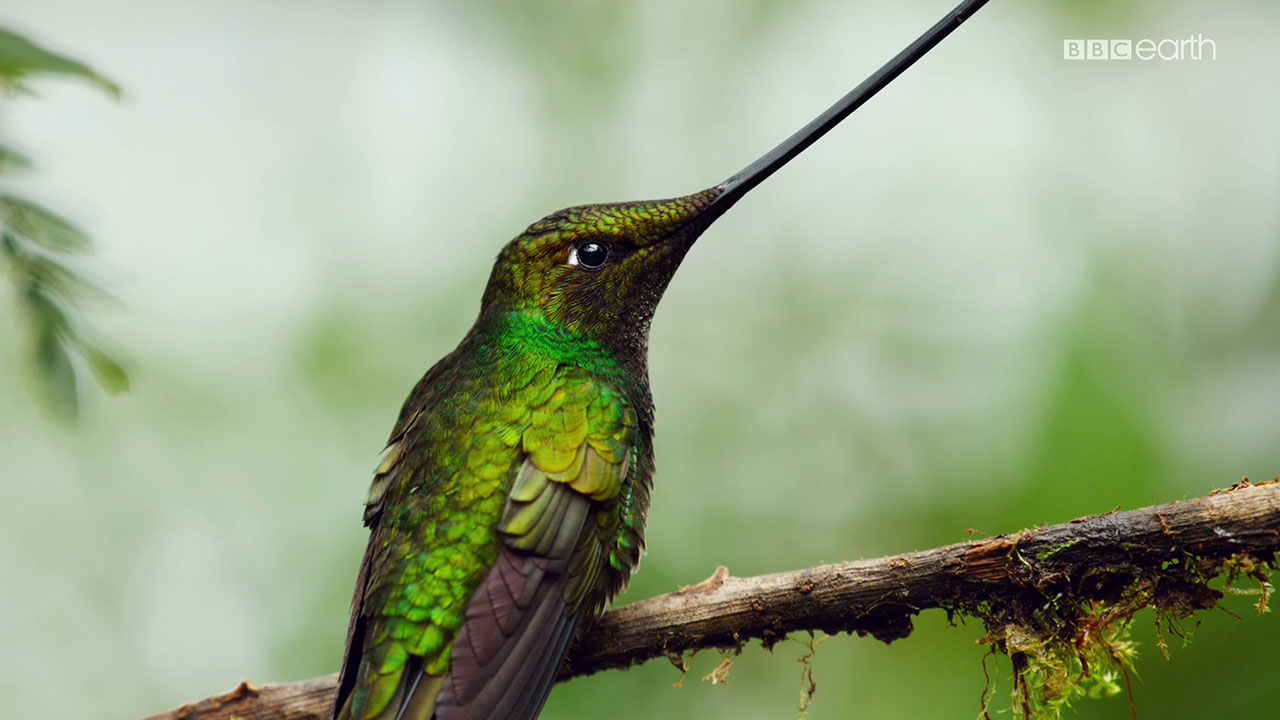 Another segment where this was done brilliantly in the third episode was with the spider monkeys. We aren’t shown just a bunch of them, but a family; a father, and two of his children - a male and a female. We then follow the last of these as she is learning the basics of tree climbing, and then gets herself in a bit of a bother. Stranded and unable to get herself to safety, Planet Earth II has all of us on the edge of our seats wondering what’s going to happen. And after a brief amount of time, the dad swoops in to save the day, just as you’d see in any superhero film.

Pranay: Planet Earth II has me chewing fingernails at times and the stranded baby spider monkey scene was one of those tense moments. Another one of those was the glass frog sequence. This tiny creature is almost defenceless and yet it has found a way to survive. Its skin is almost transparent, which means crickets can’t see it. I loved how they managed to get such crystal clear shots of such a tiny frog, which was about as big as a fingernail.

The part where the frog is guarding a whole bunch of eggs is even better. Unhatched glass frogs dropped into the pool below and managed to survive! This is because wasps attack these eggs. The eggs that are too young to survive are guarded by the frog. Now the trick here is that its skin looks similar to the cluster of eggs, which confuses the wasps. It keeps kicking the wasps away like a taekwondo master. That entire sequence was incredibly good. The lengths to which creatures have adapted is stunning. The glass frog has done this to defend against predators, while others have had to adapt to feed themselves.

Akhil: The railroad worm, which looks like a caterpillar, falls squarely into the latter category, as we saw in the episode. It's capable of two different colours of bioluminescence - yellow lights on both sides of its body and a single red light on its head. We only find out the real purpose of having two different lights when it spots a millipede, which serve as food for the female beetle’s larva form. Millipedes can't see red light, so the railroad worm switches off her yellow lights (rather convenient, I must say) and turns almost invisible to her prey.

It's absolutely fascinating how evolution works in the weirdest ways to fill every niche, and everything runs in a perfect circle. And as the episode rightly conveyed, nowhere is this truer than Earth’s jungles - which have a higher number of species, both plants and animals, than anywhere else in the world. The hummingbirds I mentioned have about a hundred different species in Ecuador itself - with the sword-billed even compromising to win the food battle - and a single tree living for 300 years in a rainforest is capable of being host to hundred other species of plants.

That's something to be admired about nature - how life is deeply connected and reliant on each other, but at the same time, something next to you can kill you in an instant. How did humans ever survive that phase?

Pranay: It’s hard to imagine honestly. Planet Earth II has made me think about all of these things. We’ve grown up taking our status in the food chain for granted.

That reminds me of the draco lizard. That creature has developed glider-like wings that let it “fly” short distances. Another one of those tiny narratives woven around a creature that make this show great. Loved that part. It’s hard not to feel sad about the Indri, a species native to Madagascar that is endangered due to deforestation. They’re so attuned to their habitat that they cannot live without it. These beautiful creatures communicate via songs and their community is so tightly knit that they even pee and poop in designated areas together, at least if Wikipedia is to be believed. 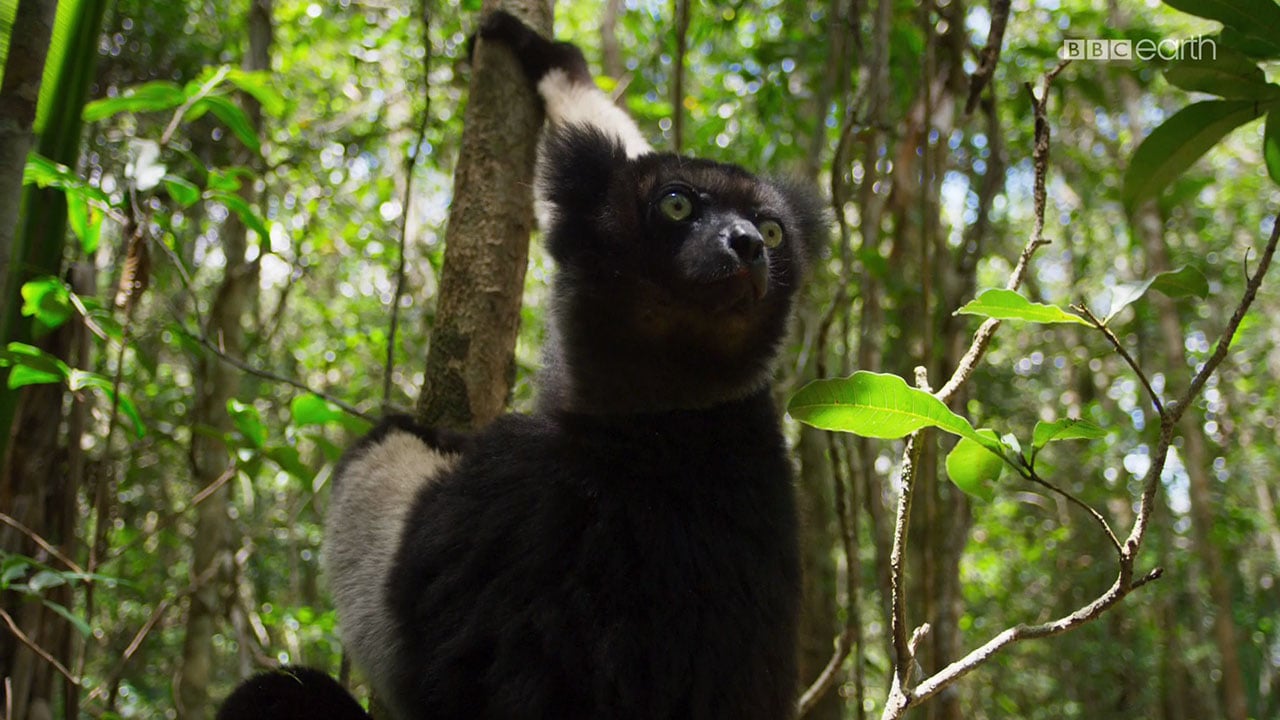 Ten thousand square kilometres of rainforests have been destroyed in Madagascar and with it, the Indri are dying. In a way I feel so bad for all these beautiful creatures that are dying due to human intervention. We really need to do better to protect our environment. Oh and before I forget, this was one place where something beat Hans Zimmer’s soundtrack. The songs of the Indri are just beautiful. What do you think?

Akhil: It was definitely a touching moment, for sure, buoyed by the Indri’s melancholic calls and the fact that half of the Indri families have disappeared in the past decade owing to clearing of the forests, was truly heart-breaking.

The entire time they were showing the Araguaia river dolphins, who have been around for a million years but discovered only in 2014, all I could think about was the Ganges river dolphin. Pollution of the river - be it household waste, used irrigation water or industrial waste, along with dam construction has impacted them badly over the years, and with population numbers down to 1,200-1,800, the species has been labelled as endangered.

They are admittedly in a better state than their Yangtze cousins, known as the baiji, who have already been driven to extinction. Hopefully the Indian government’s conservation efforts will be able to turn things around, which will also be a fitting response to the Ganges river dolphin’s moniker as our national aquatic animal - chosen to represent the health of the river.

Attenborough finished the episode, while talking about the Indri, with “something surely worth protecting”. I can’t think of anything better to end this with.

Planet Earth II - Jaguars, Song of the Indri, and Life in the Jungle
Comment