Pete Lau sees the TV evolving from an entertainment hub to a information-centric device. 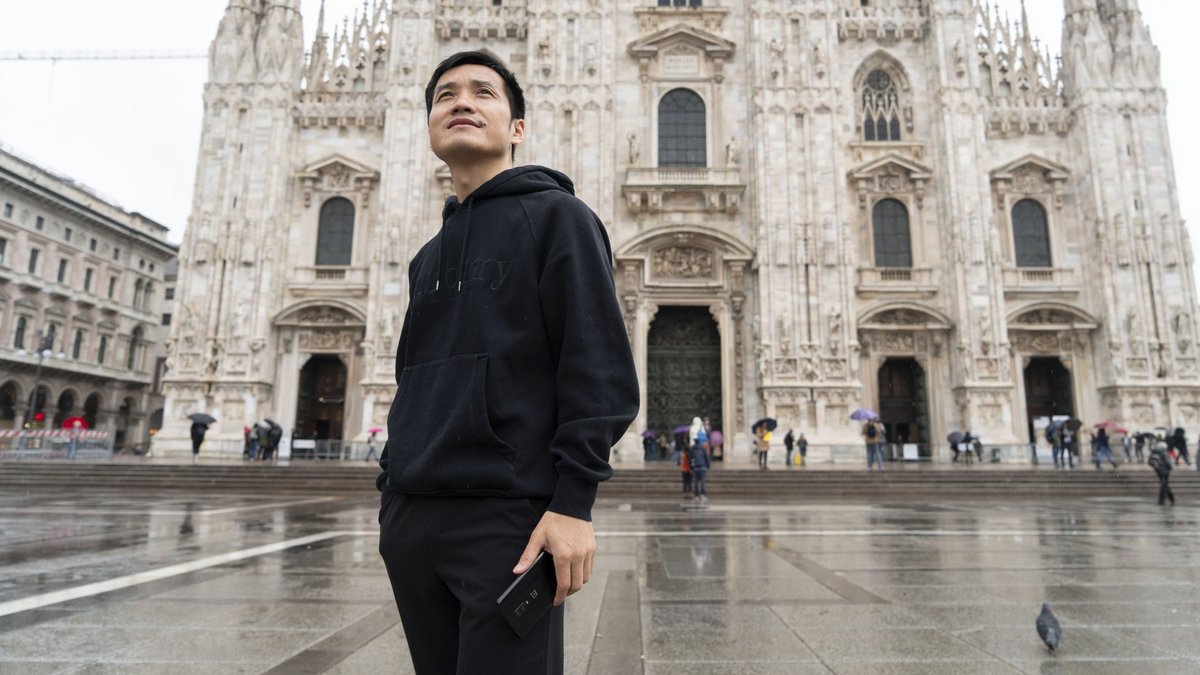 Nearly four years after disrupting the smartphone market with the original “flagship killer”, OnePlus is set to enter another product category — televisions. The company first revealed that it's working on a television set back in September last year, and we've seen a few more details emerge since then.

Earlier this week, CEO Pete Lau revealed that the OnePlus TV will launch in India before other markets. Gadgets 360 sat down with Lau in Mumbai on Thursday to understand the company's motivation behind launching a smart TV and how he sees the space evolving over the next few years. Speaking via a translator, Lau outlines his vision for the future of televisions and it's certainly a different take than what most existing television manufacturers would probably offer.

"If you think about what's going to happen in five to ten years, I believe the TV is no longer the TV, it will be a smart display,” Lau says. “It will have all the information that you have, including your note, your reminder, and maybe when you wake up, the TV will automatically tell you that this is your whole day's schedule, and it will actively give you everything that you need, versus being passive [and] show what you want to see.”

“I think in the future, AI is going to play a big role in the whole process."

So in OnePlus' vision for the future, does the humble TV go from being an entertainment hub to an Internet-connected, information-centric device like a bigger, better version of the likes of Google Nest Hub and Lenovo Smart Display?

“Yes,” says Lau. “I think in the future, at a person's house he or she is no longer going to have one or two displays, they may have multiple displays in several rooms and each room may display different things — but all the displays are connected to each other."

"Which is the reason why we want to do a TV — I don't have any interest in doing a traditional TV like others."

Lau clarifies that this is the company's vision for the next five to ten years and not all of these experiences will be available in the OnePlus TV that's set to launch next month.

"The first step for is that we want to make a great TV — and I don't see a lot of great TVs available in the market right now. Similar to the reason we started making phones six years ago,” he says.

“I've talked to so many TV users and talking about what they expect from a smart TV — they are still thinking about image quality and sound quality as the first and most important feature. So for us, we want to benchmark the image and sound quality against the most premium quality products currently available in the market and then we are going to provide a very great user experience.”

Lau confirms that the upcoming OnePlus TV will use a QLED panel, which means it won't slug it out with the likes of Mi LED TV 4C Pro 32 that costs just Rs. 12,499. He reiterates that the TV will offer a premium experience and those expecting a OnePlus One-like disruption of the TV market in terms of price are likely to be disappointed.

“In terms of pricing, we want to benchmark against the most premium products available in the market, which means we are benchmarking against Samsung and Sony,” he says. “Because of the strategic partnership with Amazon, our price may be slightly cheaper than their [Sony and Samsung] products, but it won't be half the price.”

So, what will help OnePlus differentiate its offerings in a market that's become pretty crowded, especially since Xiaomi announced the launch of its Mi TV range in India last year?

“One more key selling point that I want to highlight is that we are really optimising the Android TV system which I don't see a lot of brands in Indian market [doing]. Because of our great partnership with Google, not only do we use their Android TV system but we also optimise it very deeply.”

Lau confirms that the upcoming OnePlus TV will run a custom, “improved” UI on top of Android TV. He adds that the company has also given a lot of thought to how to give enhanced experiences to existing OnePlus smartphone users.

"We really want to take advantage of the current strong user base of OnePlus smartphones and to really improve what the current TV doesn't have, which is good interactions and user experience specially connecting with your smartphone and we want to improve that, and I believe that's going to be our advantage,” Lau says.

Entering text on the OnePlus TV using a OnePlus phone, for example, would be "much more smooth and more seamless" as compared to using the Android TV Remote Control app, Lau claims.

Given that India is now the biggest market for OnePlus, it's no surprise then that the company is launching its television in India first, as a large number of users will be able to benefit from these customisations. “A lot of families are OnePlus users, which gives us a strong fanbase and foundation to really push this OnePlus TV,” Lau says.

Another reason for putting India first, he reveals, is the fact that OnePlus already has deals in place with content providers in the region. This part of the story has becoming increasingly important in a market where dozens of smart TV players are vying for the consumers' attention. Without delving into the details, Lau says he's “very confident that we did very good job on the content integration with content providers.”

So, what makes Lau confident that OnePlus can disrupt the TV market? He believes being a smartphone maker gives the company an advantage over traditional television makers.

“We've been thinking about making a TV for about two years and one of the reasons behind making a TV is we want to focus the key scenarios for a person's daily life, and TV is one of the most important ones,” Lau explains. “There are four key scenarios — mobile, home, car, and office. I think in the future, the Internet experience for the users in terms of the four scenarios will get more and more seamless.”

“As for the home Internet experience, I think in the past over ten years, there hasn't been a significant change to this specific scenario. So, in the future how are we going to merge home Internet and mobile Internet will be the major trend. Who can be the ring leader to make the change — I think it's a smartphone company.”