Mumbai Comic Con Tickets, Dates, and What to Expect 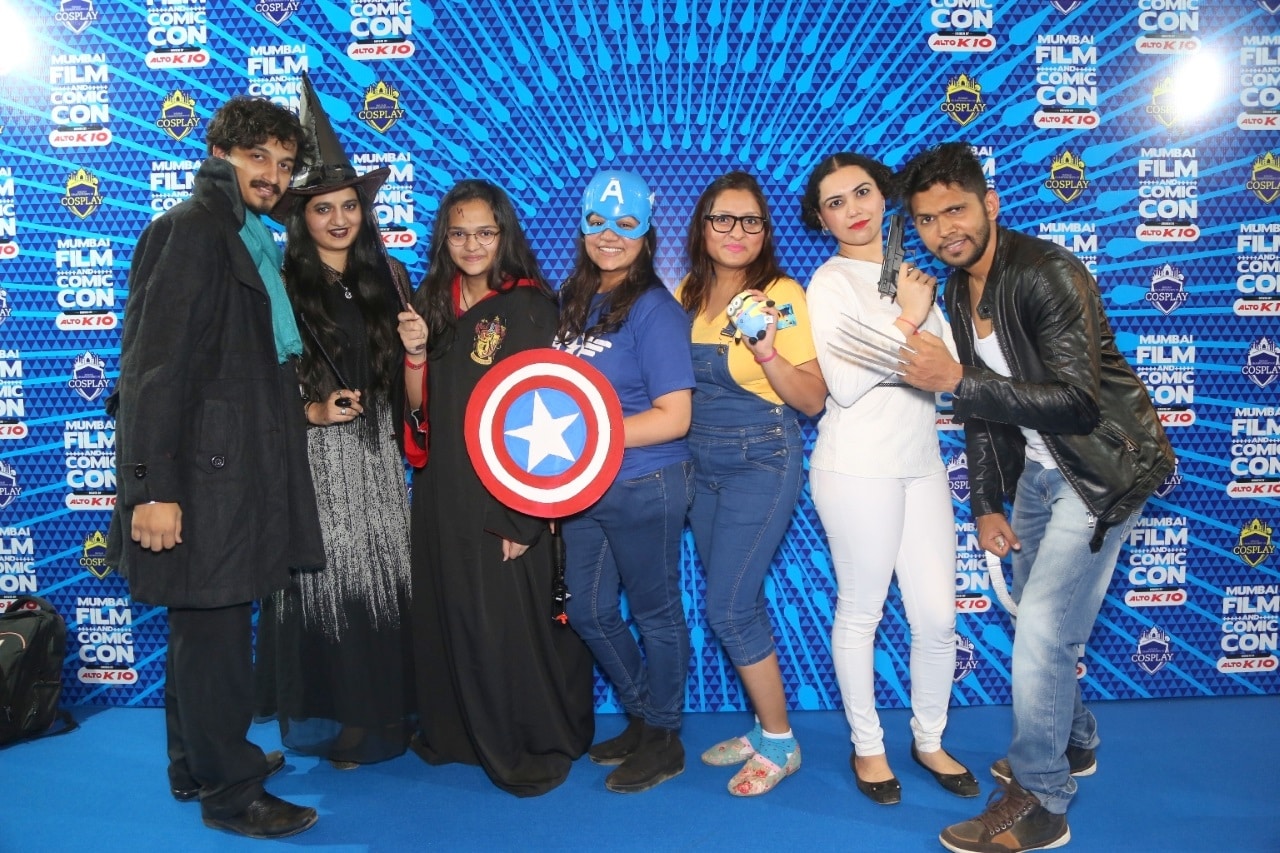 If there’s one annual fixture pop culture fans in Mumbai look forward to, it’s the Mumbai Comic Con. In the newly rearranged setup, Mumbai Comic Con 2016 is now the second event in the year in India, after last month’s Hyderabad Comic Con, to be followed by Bengaluru in November and Delhi in December. The Mumbai show has grown in visitor numbers and prominence year on year, and if you’re thinking of attending this time around, here’s what you can expect at the show.

Mumbai Comic Con tickets
Tickets have been available for a while, and some are already sold out. There are two kinds of tickets remaining for Mumbai Comic Con 2016. A single-day option costs Rs. 375 and can be bought either for Saturday, October 22 and Sunday, October 23. If you’re planning on being there for both days, you should go for the two-day pass which costs Rs. 575. Single-day and two-day tickets can be bought online, with the former also available at the venue directly.

Who can I expect to see at Mumbai Comic Con?
American actor Jim Beaver, best known for his role as Bobby Singer in the long-running series Supernatural, will be there. Also on the guest-list are Canadian comic writer Cameron Stewart – who has won an Eisner and Shuster for his work on Sin Titulo; American Brazil-based writer Dan Goldman – who lent his pen to Priya’s Shakti, which launched at Mumbai Comic Con 2014 and returns this year with the second chapter titled Priya’s Mirror, after premiering at the New York Film Festival earlier this month; and illustrator Edwin Huang.

Priya’s Mirror is one of ten new comics launching at the Mumbai Comic Con 2016, with Indian film actor Ajay Devgan also making an appearance to launch a companion comic book for his upcoming film, Shivaay.

I love cosplay. Is there a competition?
Yes, of course. Cosplay has become a big part of comic conventions in general, and awards will be handed out at the event under a total of five categories: comic books, animated series, manga/ anime, sci-fi/ fantasy, and video gaming. On the two days of the event, one out of these five winners will be drawn at random for a Rs. 50,000 cash award, and to take part in the Indian Championships of Cosplay.

(Also see: The Cosplayers at the Heart of India's Booming Fandom)

And if you’re lucky (and talented) enough to win that, you get to go to C2E2 Chicago, for the Annual Crown Championships of Cosplay.

With the release of Doctor Strange just weeks away now, Marvel is bringing a model of Sanctum Santorum – Doctor Strange’s house in the London suburbs – to the event. You will also be able to click photos looking like the superhero. That’s not the only Marvel thing coming to MCC 2016 though, with an augmented reality experience called “Become Iron Man” also planned. Here’s what it involves:

“Now it’s time to step into his suit and become Iron Man yourself, literally. Marvel is bringing the sensational interactive experience. Once in position, players are then instructed to calibrate their suit and test the Repulsor systems by shooting airborne targets.”

It sounds like the augmented reality experience Disney had taken on tour in the US to promote Iron Man 3, so if you’re an Iron Man fan attending the convention, it’s likely worth the wait in the queue.

For Warner Bros, the Harry Potter franchise is coming back in November with the first of five spin-off films, Fantastic Beasts and Where to Find Them. The experience is known as the Wand Master Training Booth, where you can learn “to create official spells” with a wand – and enjoy a video proof of it later.

And then there’s WWE, which is setting up a ramp like the one your favourite wrestlers use to make their way to the ring. For the full effect, you also get a LED wall behind you and the entrance music you prefer.

There are some other options as well: AXN is bringing some of its TV properties – Sherlock, Breaking Bad, and Dexter – to life; Maruti Suzuki is banking on Indian mythology and celebrity acts for its Alto K10 experience zone; and Nodwin has a few gaming activities as well.

Are you going to be attending Mumbai Comic Con 2016? Do you have any questions? Let us know via the comments below, or tweet to us @Gadgets360 with #MCC2016.