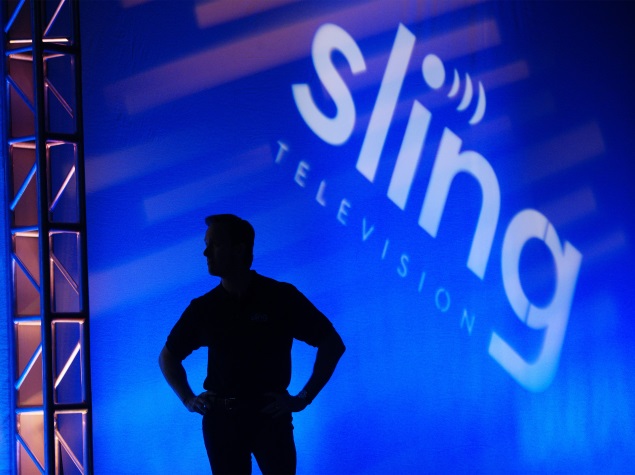 Media companies that are starting to allow their programs onto Internet-delivered TV and mobile devices are putting limits on digital rights as a safety hatch if problems arise with the new distribution systems, executives say.

The debate over digital rights that determine how and when content is consumed is adding a new layer of complexity to negotiations between media companies and distributors, leading to drawn-out wrangling and programming blackouts in some cases.

Such disputes are not new, but the need to hammer out a variety of digital rights is making talks more complicated.

Media companies are considering joining streaming-only services, or launching their own like HBO and CBS, to attract young people who do not subscribe to traditional pay TV packages. But programmers also fear the packages could become so popular that they undercut current, more profitable deals with cable companies.

The unveiling of Dish Network's video streaming service, Sling TV, at the Consumer Electronics Show (CES) this week marks a turning point as Walt Disney Co offered its sports juggernaut ESPN in a package that does not require a traditional TV subscription.

One catch is that ESPN has a clause that lets it get out of Sling TV if the service signs up a certain number of subscribers, technology news website Re/code reported, citing anonymous sources. ESPN declined to comment on the specifics of the agreement.

Some content providers that are considering joining video streaming services are mulling caps that would trigger new negotiations if viewership reaches certain levels, said two media executives who asked not to be named because of the sensitivity of the issue.

Executives at various media companies said they have a new check list of questions for digital rights to Web-only television, mobile apps or on-demand programming. Distributors want more rights to air shows over a variety of services but there is also more pressure to monetize programming.

Now programmers are asking: Is the content viewed in the home or outside the home? Is there video on demand? Do payment terms change if the number of subscribers skyrocket?

CBS Corp, which was involved in a contract dispute with Dish late last year, granted Dish Showtime video-on-demand content but only within the home.

Satellite and cable providers say they want to satisfy consumers' demands. "We want our customers to have the ability to watch content on the screen of their choice and the location of their choice," said Cox Communications CEO Patrick Esser. "All of that is a negotiation."

Dish CEO Joe Clayton said his company had no choice but to embrace new technology.

For Sling TV, Clayton said "we don't have a cap on what we are going to sell," but he declined to offer specific details on agreements with programmers.

Dish has been involved in numerous contract disputes in recent months with media companies ranging from CBS to Time Warner Inc's Turner Broadcasting, to Twenty-First Century Fox, whose news and business cable networks have been blacked out to Dish's 14 million customers since late December.

Clayton said his company's role as "disruptors and pioneers, especially in technology" has led to disputes with programmers.

The digital rights battle comes as profit margins are thinning for many cable and satellite companies, which are trying to keep subscribers as programming costs rise. Rights for sporting events, in particular, have soared.

The average cost for a cable company to carry a network has risen from 25 cents a month per subscriber in 2010 to 30 cents in 2014, SNL Kagan estimated.

"When programmers and broadcasters ask for 200 or 300 percent increases, somebody's got to say 'whoa,'" said Clayton.

At the same time, the growth in pay TV subscriptions - once tied to a robust housing market - is at a near standstill. MoffettNathanson Research estimates quarterly subscriber losses of about 0.1 percent over the past two years.

"People love television. They want it all and it's getting expensive," Charter Communications CEO Tom Rutledge said.