Jessica Jones is a neo-noir television series from the house of Marvel involving characters whose powers range from jumping really high, to controlling your mind. But at its heart, showrunner Melissa Rosenberg has created a show that deals with themes common to all of us. From voyeurism, helplessness, the guilt attached to failure, and a need to impose control, Marvel's latest collaboration with Netflix handles the dark clouds over us in a delicate manner.

From the get-go, the dynamic range of its titular character - Krysten Ritter as Jessica Jones - powers the dark humour and darker tone of the show with aplomb. After a failed stint as a superhero, her new life as a private investigator is all about "paying rent and getting the next client". But Jones' PTSD episodes reveal a mysterious villain figure known as Kilgrave, who is easily one of the best Marvel villains we've seen.

Even though he has the ability to simply tell people what to do, he is spared from the usual grand visions of world domination. For him, the world is a plaything - he toys with others as he chooses - and is blissfully remorseless. This becomes evident when he has to once correct himself after he calls Jessica a "thing" instead of "person". And David Tennant - best known as the Tenth Doctor from popular Doctor Who - can play the part with great panache. 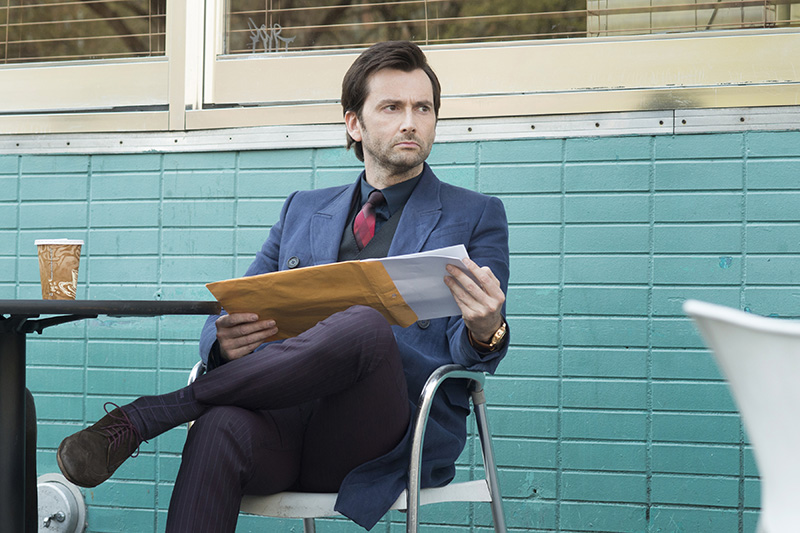 Jessica Jones deftly deals with themes of abuse, rape and female sexuality without using them as titillation for the show's audience. That's something that many people have complained other shows do too much of - particularly HBO's Game of Thrones.

Speaking to the LA Times, Rosenberg narrates how she saw Jones: "What I love about this character is she's so unapologetically who she is. She's unapologetic about her sexuality, about her powers, about her drinking, about just about anything. She's just kind of who she is."

The show also has plenty of strong female characters to round out the cast, which helps further develop its tone. Trish Walker, played by Rachael Taylor, is Jones' best friend and a former child star with a history of abuse. Carrie-Anne Moss of The Matrix fame portrays Jeri Hogarth, a high-profile lawyer who provides Jones with tricky cases.

Hogarth doesn't get as much screen time as the others, but it's commendable how Rosenberg and her team of writers treat her sexual orientation as a part of the character, and not the lens we view her through. Even in multiple side-plots with couples, the women come off as stronger in the relationship.

Possibly the most underdeveloped character - and this is to Marvel's fault - is Mike Colter's Luke Cage, a bartender with a mysterious past who meets Jones during an investigation. That could be because Cage is about to get his own Netflix series sometime next year, and so a lot about him remains under wraps. 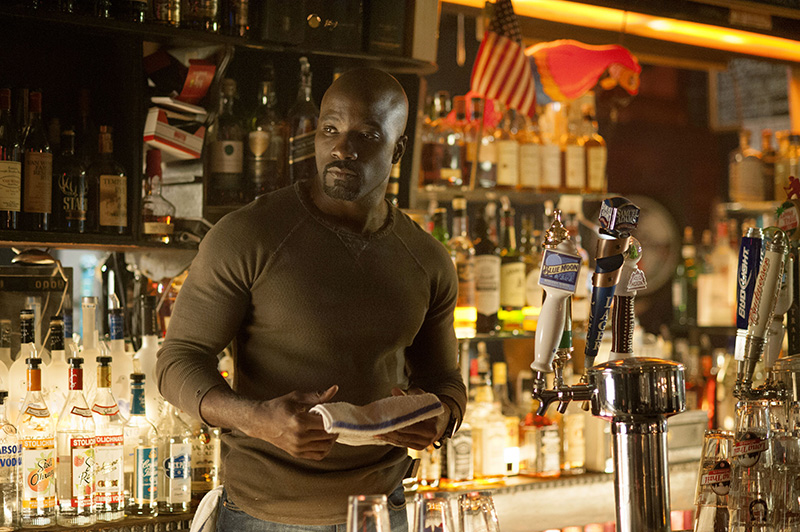 Locking away characters like this has become a growing issue for the Marvel Cinematic Universe (MCU). Guardians of the Galaxy was guilty of it to an extent, but Avengers: Age of Ultron was an extreme case, as a 141-minute package of fight scenes and titbits of "Next time, in the MCU".

Despite Cage's half-baked presence, Marvel's new small-screen venture manages to stand on its own two feet and create a series that is enjoyable as a self-contained entity. For Marvel, Jessica Jones is a dual victory. It manages to explore a morally complex multi-layered character of the female sex without turning her into a trope.

In addition to that is Kilgrave's presence: once more a Marvel television series has provided us with a villain who isn't evil for the sake of evil or doesn't harbour an agenda to rule the planet. While Jessica Jones may falter with its pacing and sometimes adhere too strictly to its serialised nature, it still provides a shift in tone and writing for Marvel. Halfway through the series, we feel that the studio's movie writers could well take a cue on how to create a story that eschews the fate of the world, for an exploration of the human psyche.

Marvel's Jessica Jones released recently on Netflix. Although the service is not officially available in India, there are plenty of ways to subscribe to it using tools such as UnoDNS.