Is VR the Future of Content? Here's What Netflix and Dolby Have to Say 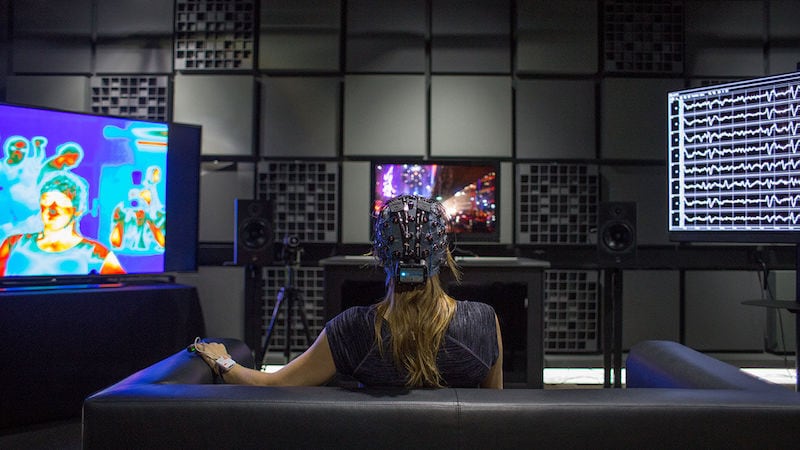 "VR is a very differentiated thing, and there are areas where VR has a very strong impact, like gaming for example," says Mathias Bendull, Head of Consumer Audio Playback, Broadcast at Dolby. We're talking at the sidelines of a Netflix event taking place in Singapore, and although we started talking about Dolby Vision, it's clear that VR is something that Dolby has been thinking about.

"Some content formats just lend themselves to VR, but others do not," he continues. "And for Dolby the question is to see how we can enhance the experience and make it more compelling."

To this end, Dolby is carrying out VR trials and building tools, though all of this remains far from the consumer for now, Bendull says. "If you think about how we experience VR, there is one which is about higher resolution, and you will benefit from the HDR experience, and as you will want to display movement and keep the sound sources stable, the idea of object based audio, which is the core of Dolby Atmos, is very vital," he explains. "So is there place for Dolby in VR, absolutely. Is this ready for mass market deployment, absolutely not."

"On the Netflix side, as technologists we are quite interested in it," says Richard Smith, Senior Product Manager at Netflix. "As entertainment providers it's a little less clear."

"We're not really doing 3D immersive content, but long-form cinematic style," he adds. "The way VR-AR will evolve, that's not quite the sweet spot. We are participating, and will try and stay close to it, but as a platform it needs to grow."

"There was a project put together by Google Spotlight Stories, a short film called Pearl," he adds. "The filmmaker said he had no idea how to anchor your eyes in this complete sphere, so they used this car as a false canvas. It was a really brilliant and creative way to embrace the technology."

"I also got a demo of a bit of a counter-example," he continues. "It was about the US Civil War, about two brothers fighting on the opposite sides, and at one point there was not a lot happening and I was looking around and staring at a tree, when all of a sudden the shooting goes crazy behind me. It's a lively and fascinating storytelling avenue, but it still has some way to mature."

While the two companies are bearish about VR, Netflix has integrated Dolby Vision (Dolby's version of HDR, or high dynamic range) and Dolby Atmos into its streams. The Dolby executives talk about how the company measures things like heart rate and skin temperature to test how effective its new technology is, but there's one issue that's not being talked about here - that the technology is still restricted only to high-end televisions and remains unaffordable to most, particularly in India.

With resolution, there's the concept of oversampling, where the image can be rendered in 4K and then shrunk down to HD, for some visual improvements compared to a normal HD feed. With HDR (and Dolby Vision), the extra lighting information is sent as metadata, and therefore, Bendull confirms, a HDR stream on a regular television would have no benefits.

"We can't speak for the manufacturers, but we think that they will start reaching a lower price range soon, and as more content gets created, it will be a must-have feature," says Bendull.

So far though, HDR has been limited almost exclusively to 4K TVs, and therefore to large display sizes, above 50-inches. At smaller sizes, the benefits of 4K are very limited; on the other hand, the benefits of HDR are clearly visible at practically all screen sizes.

"It's not a technological restriction," says Bendull, "It's a business decision from the manufacturers, and if it makes sense to them then I'm sure they will implement this [Dolby Vision] at lower price points. Sony already has a couple of full-HD TVs with HDR."

Mobile is another area where Bendull sees a lot of potential for growth. "Only a few manufacturers are using Dolby Atmos and Dolby Vision on mobile so far, and there's plenty of room to grow," he says, adding, "one thing that's important is that the mobile watching behaviour is different, and there isn't mobile-first content for this technology yet, but we think that will change." He adds that pricing will also follow in the same way, but that comes down to how individual manufacturers want to position the feature.

Disclosure: Netflix sponsored the correspondent's flights and hotel for the event in Singapore.