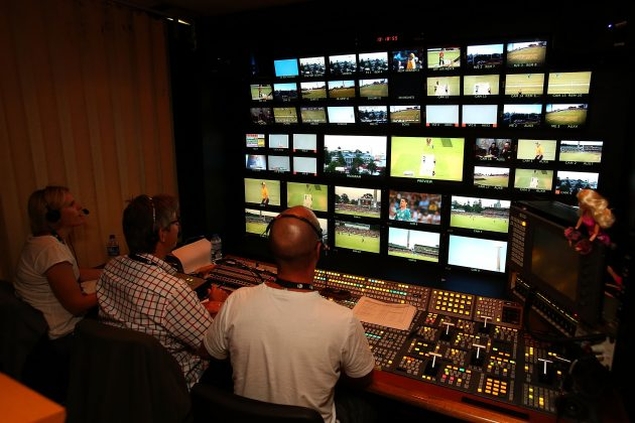 The ICC Cricket World Cup 2015 is kicking off now and it is possibly the biggest event on the cricket fanatic's calendar. The number of people who are going to watch the matches is amazing - according to Star Sports, which has the television and digital broadcast rights in many parts of the world including India, 2.5 billion people across the world have access to the live pictures, covering more than 200 territories. If you happen to be living in a country that does not broadcast the matches live on television, you can still follow the action along on the Internet.

The actual process of getting the action from the World Cup venues to your house is pretty cool too. This year, Star Sports confirmed that there are some special enhancements that have not been seen before which will add to the fun of watching the action at home.

Every match at the Cricket World Cup will be covered by at least 29 cameras. These include a wide variety of cameras - high-end cameras are placed beyond the boundary, with camera crews that are ready to zoom in and pick out the most exciting moments. There are also fixed cameras to watch the stumps, the pitch, and at some other locations in the stadium.

Some of the cameras trained at the cricketers are Ultramotion cameras. These are essentially high-speed cameras that allow you to shoot a slow-motion clip of objects moving very quickly without losing focus or clarity. If you're a fan of sporting events, you're no doubt familiar with the effect of watching these cameras, but in case you're watching the cricket just to keep your friends and family happy, here's a reference that you might understand. The Ultramotion camera is essentially the same type of camera that the Discovery Channel uses to show you the effect of hitting a tomato with a sniper rifle, and other similar high-speed photography. 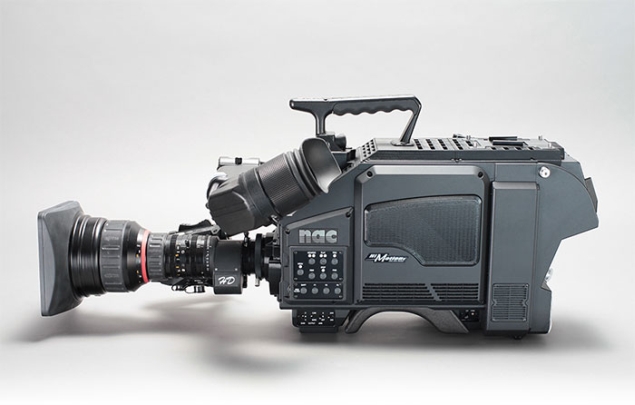 Aside from this, 13 matches will also use the Spidercam. This is an extremely interesting piece of equipment that has essentially replaced the more familiar sky-cam. Like the sky-cam, a Spidercam is placed above the action, and can give you a birds-eye view of the proceedings on the pitch. The difference is that a Spidercam is mounted using a web of wires that crisscross over the playing area, allowing it to be moved in three dimensions with great speed and accuracy. This means that the camera can be at the right place at the right time, to catch the right frames.

The use of the Spidercam is not completely without controversy. There have been a couple of incidents, including one recently where Australia captain Steve Smith complained that the Spidercam used by Channel Nine caused him to drop a straightforward catch.

Another first will be the use of drone cameras in all the knockout matches. These free flying cameras will be used to capture a unique perspective of the game, including aerial perspective of the majestic Cricket World Cup 2015 stadiums. Cameras mounted on sunglasses and wickets will be used during practice sessions to showcase what the players see while batting and bowling. 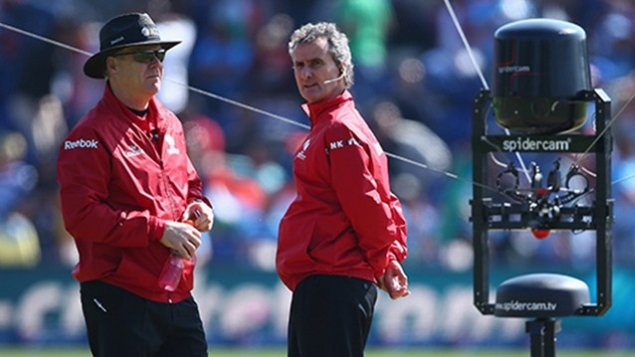 Aside from that, there is some other interesting technology on the pitch as well. For one thing, there are the LED stumps, seen recently in other tournaments as well. These stumps light up when disturbed, making it easier to judge close run out and stumping decisions. Another new technology in use is called real-time Snicko - cricket fanatics would already know the details, but for the rest of us, Snicko is an audio-based technology that can be used to accurately detected if a batsman edged a ball. This can help the third umpire to make tough calls. 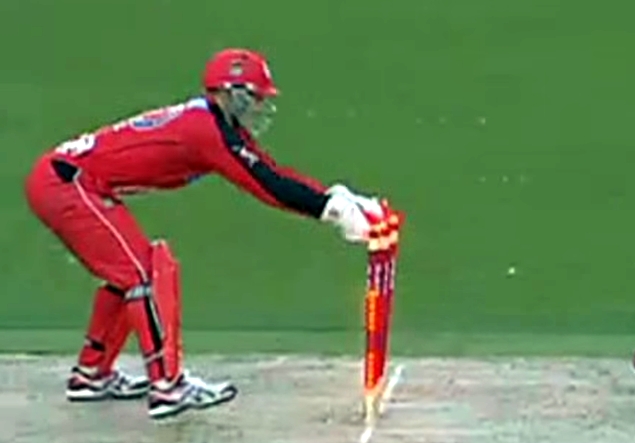 The way it works is pretty simple - it measures the sounds being made and it can detect the sound of the ball edged the bat. This is important, because the other edge detection technology that is used - called Hotspot - has its own flaws and real-time Snicko complements its capabilities.

Hotspot relies on friction to create an appreciable difference in heat, and is therefore very accurate in catching edges against spin bowlers. But for pacers, the value is limited, as the ball can graze off too quickly to make a difference.

Snicko technology was introduced earlier to pick up the audio cues but there was too much delay in syncing it with the visual information, and it wasn't useful in making decisions. Real Time Snicko improves the system and solves the delay problem. It is a good fit with the hotspot system, because it is more effective for fast bowlers. With spinners, the wicket keeper stands closer to the stumps, and his movements can hamper the Real Time Snicko accuracy. Together, the two systems help deliver accurate results no matter who is bowling.

From stadium to home

According to the Star Sports representative, the scale of the broadcast in the Cricket World Cup 2015 will be unprecedented. To cover the action of the 49 different games taking place in 14 venues in Australia and New Zealand, four different production teams have been formed by the television channel, with seven different technology kits that will be used to control every aspect of the broadcast.

The actual broadcast itself is a simple matter. The production teams will have access to all the camera feeds along with the different graphics created using player analytics and data from 4,000 hours of match footage. The team will then select and combine the camera feeds and graphics that are most suitable for any juncture of the match.

This information is then uplinked to the satellite, and from there bounces back to your cable provider or DTH dish, and gets decoded by your set top box and plays on your TV. The last stage of the process is possibly the simplest in that there are no decisions to make or scenes to pick. It works just like any other television broadcast - but before it reaches that stage, each match involves a huge number of people and gadgets, over and above the men playing on the field.