We're on the twelfth floor of a skyscraper in midtown New York on a late summer afternoon. Netflix has called us to showcase what it believes to be the next frontier in video quality technology – high dynamic range, or HDR for short. We're with Netflix Chief Product Officer Neil Hunt, who says people have told him that it almost looks 3D.

It’s funny that Hunt mentions 3D because even after a significant push, consumers never really took to the technology. It never picked up for home use, where content creators and broadcasters have instead kept pushing for an increase in image resolution. We’ve gone from standard-definition, to high-definition, to ultra-high-definition, in the past decade, and it’s all been about one thing – more pixels.

That’s not the case with HDR, explains Manuel Billeter, the director of photography for many of Netflix-Marvel shows, including Jessica Jones, Luke Cage, and the upcoming Iron Fist. He’s been involved in the camera department in one way or another for the last two decades, so he knows a thing or two. With HDR, he says, “what we’re trying to do is not more pixels, but better pixels”.

HDR deals with the difference in the brightest and darkest parts of the image. That not only allows HDR screens to showcase brighter whites and deeper blacks, but also a wider gamut of colours. In simple terms, it contributes to richer looking videos. But HDR doesn’t originate within camera, unlike full-HD or 4K images; it has to be done on a post-production level. 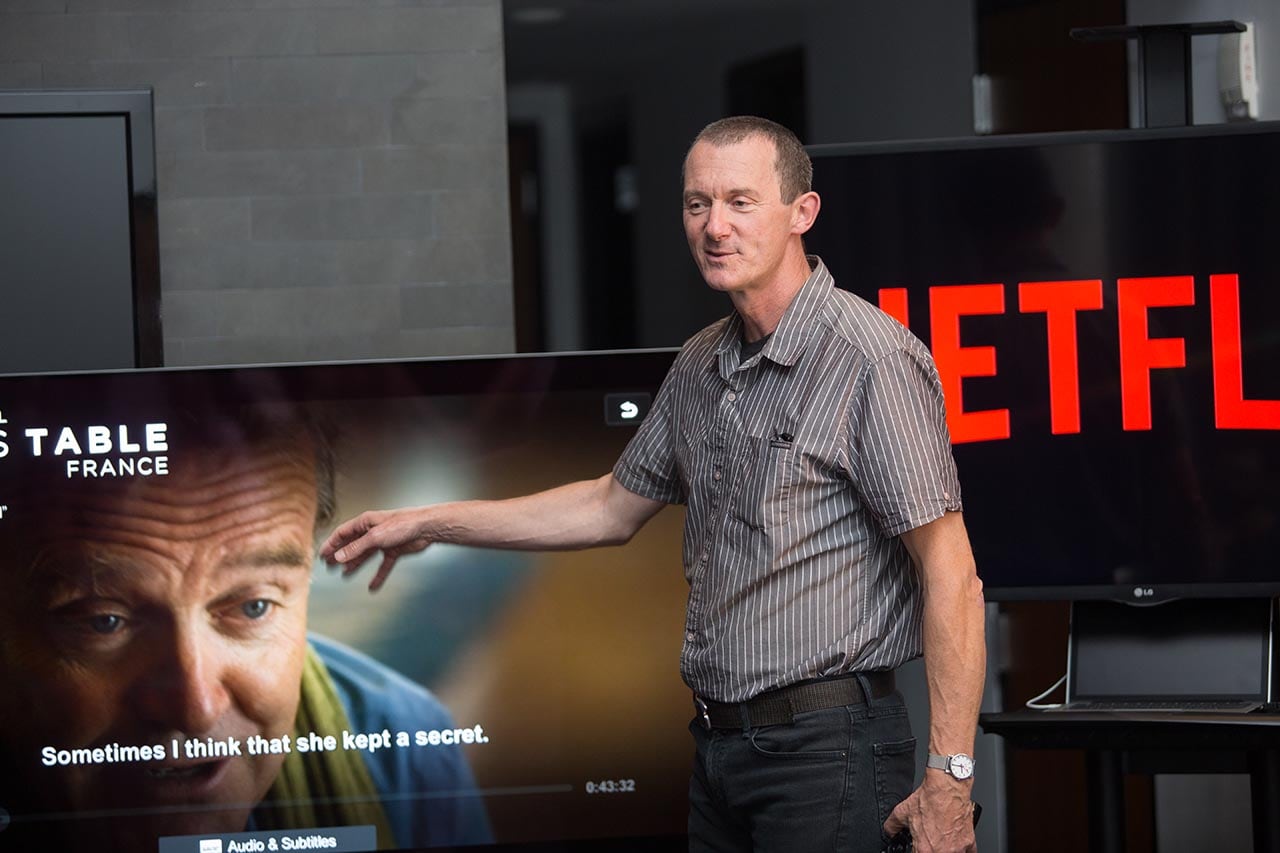 So how do we quantify the impact it brings? When photographers talk about light, they commonly refer to it in stops, a unit that quantifies the ratios of light. A one-stop increment isn’t a linear progression, but doubles the amount of light coming into the lens. Most screens today are capable of a standard dynamic range (SDR) of 6 stops. HDR screens are capable of a lot more, offering between 12-14 stops by some estimates.

To put this into perspective, there is a 75 per cent increase in the number of pixels between full-HD and 4K. When you go from SDR to HDR, you’re looking at a 600-800 per cent increase in the range of light that can be displayed. And that’s why Billeter believes the move towards HDR is going to be bigger and more significant than it was from HD to 4K. To really tell the difference between the two resolutions, at a normal distance of about 10 feet, you’d need a TV that’s bigger than 120 inches. “But with HDR, it’s undeniable,” he adds. It doesn’t matter how far you’re sitting from the TV either, as it’s all about light and colours.

“In the best case scenario, [HDR] gives it like almost a three-dimensional quality without being 3D,” Billeter says. And he’s got an example to back it up. For Iron Fist, his team constructed a set that’s supposed to be a high-rise floor. Naturally then, “we have a photographic back-drop,” he adds. “It’s obviously a bit of problem because it’s two-dimensional.” But when Billeter went back and saw the footage on a HDR monitor, he was blown away. “One thing I must say is extraordinary is the way the backdrop looks in HDR,” he remarks. “It actually looks like there is a real city out there. It looks three-dimensional, which helps us tremendously in achieving this illusion that it’s a real world.” 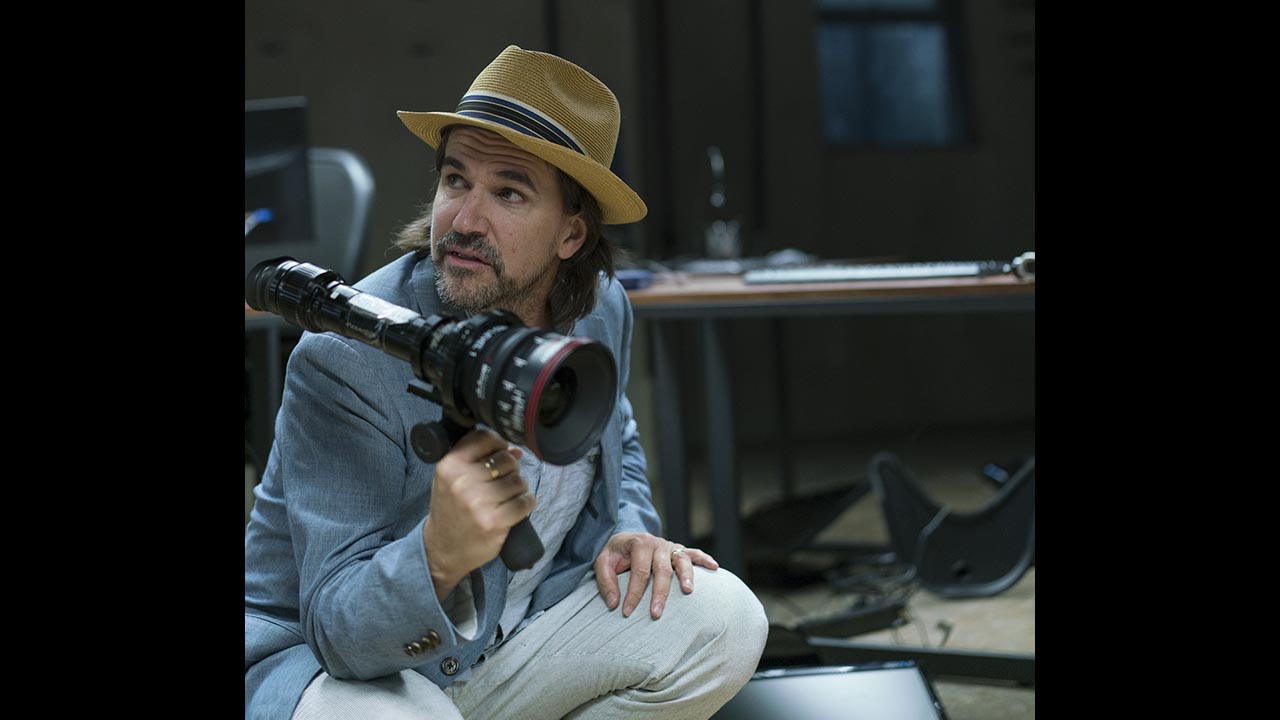 Billeter admits that he’s still coming to grips working with HDR. While Daredevil, Jessica Jones and Luke Cage are only now being regraded for HDR screens, the post-production on Iron Fist has been completely with the new technology. “It’s been a learning curve,” he says about the experience. “I won’t deny that. We’ve had to look at how differently it appears in the living rooms of people that have HDR monitors – because for everyone else, nothing really changes. In post-production, it has been a very different process because the same file will be viewed in HDR and regular, so-called SDR monitors. And since we only have one file, we have to figure out to make it look the best in both worlds.”

That essentially results in a longer post-process schedule, as the colourists have to grade the content for both SDR – which is what 99 per cent of people will see – and HDR. Deluxe’s Encore, a long-time provider of post-production services, has been working with Netflix for HDR mastering of its shows. This includes the likes of Marco Polo, Chef’s Table, The Ridiculous Six, and The Do-Over in addition to the all four Marvel shows – from Daredevil to the unreleased Iron Fist. For Tony D’Amore, senior colourist at Encore, HDR isn’t about pushing the highlights, but using it to “bring out details that may have been clipped in the SDR pass”. He cites Daredevil as an example, wherein HDR allows viewers to see more detail on things in the background, even though the show is shot in dark locations.

For Billeter, it’s an added tool, and a way to manipulate things that would take too much time on set. “We work on a tight schedule,” he notes, “so we try to get as close to perfection as possible on set, and then flag the scenes for the colourist that couldn’t be done properly.” Billeter says he can do a lot on the set with camera angles, lenses and lights – but having Encore’s team is like an ace in the hole. He calls it cheating, as they create in post what he couldn’t achieve on set. 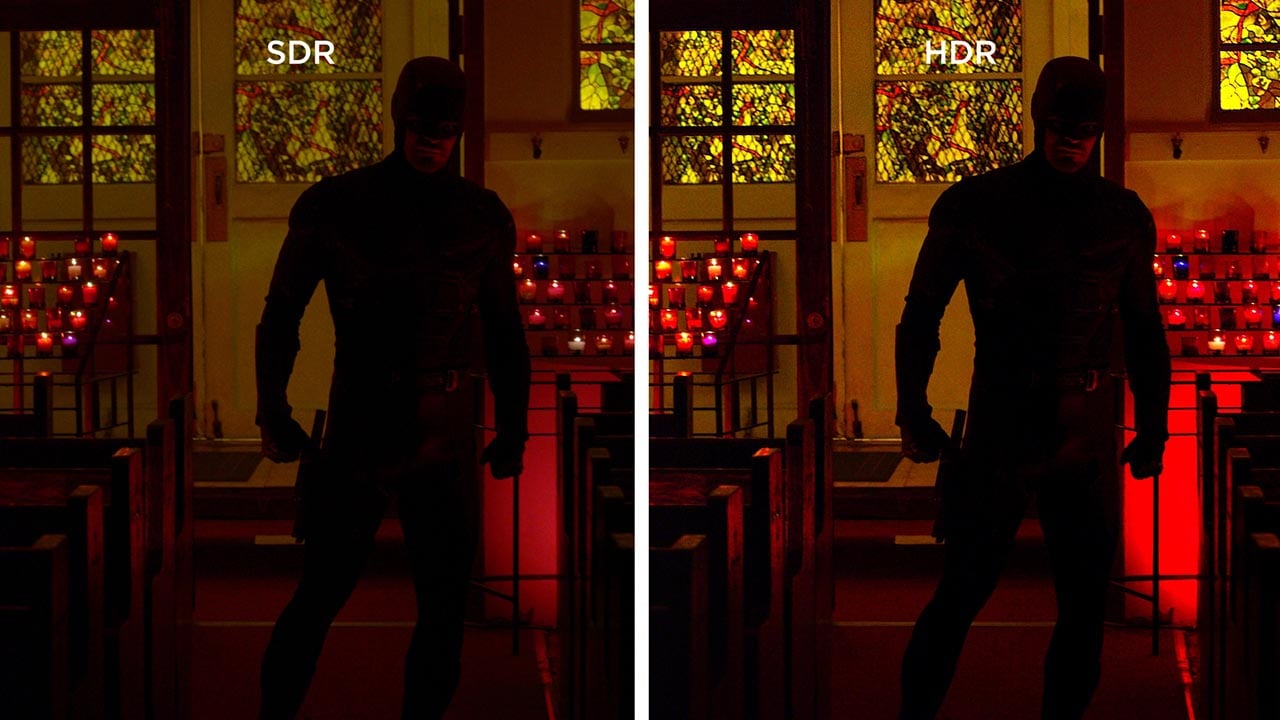 But everyone involved in the HDR process offer a word of caution, too. Since HDR can display much brighter things than before, sometimes “it needs to be toned down because it becomes just too bright”, Billeter says. With HDR, watching a car’s headlights can feel like there is a car in your living room. “It’s that bright,” he adds. “The highlights are so much more nuanced now, so much brighter and so much vivid. Yes, they are more lifelike but still you don’t want to be assaulted.”

As an image standard, HDR allows for much more brightness levels than creators are using currently. “Just because you can, doesn’t mean you should,” says Jay Tilin, VP for editorial services at Deluxe. Both Billeter and Tilin agree that HDR can be blinding – as in the case of headlights – and so the effect needs to be used with a degree of care.

Having too much brightness is a very valid concern, says D’Amore. Every director and DoP he has worked with has a reaction along these lines on first viewing: “I don’t like it, it’s too bright. It’s blinding me.” But the more you watch it, your eyes adjust to it, he adds. “And then you realise it’s becoming true to life,” D’Amore concludes.

“The point is that you’re using these images to tell a story,” Martin Zeichner, senior colourist at Deluxe, says. And with HDR, “we’re offering an enhanced palette of colours and brightness that can be brought to bear to tell that story. How you choose to use it will be up to the DoP and colourist,” working in conjunction. Zeichner adds that he often compares the advancements in video imaging with HDR to when colour became common in the late 1960s, as opposed to the accepted black-and-white standard. 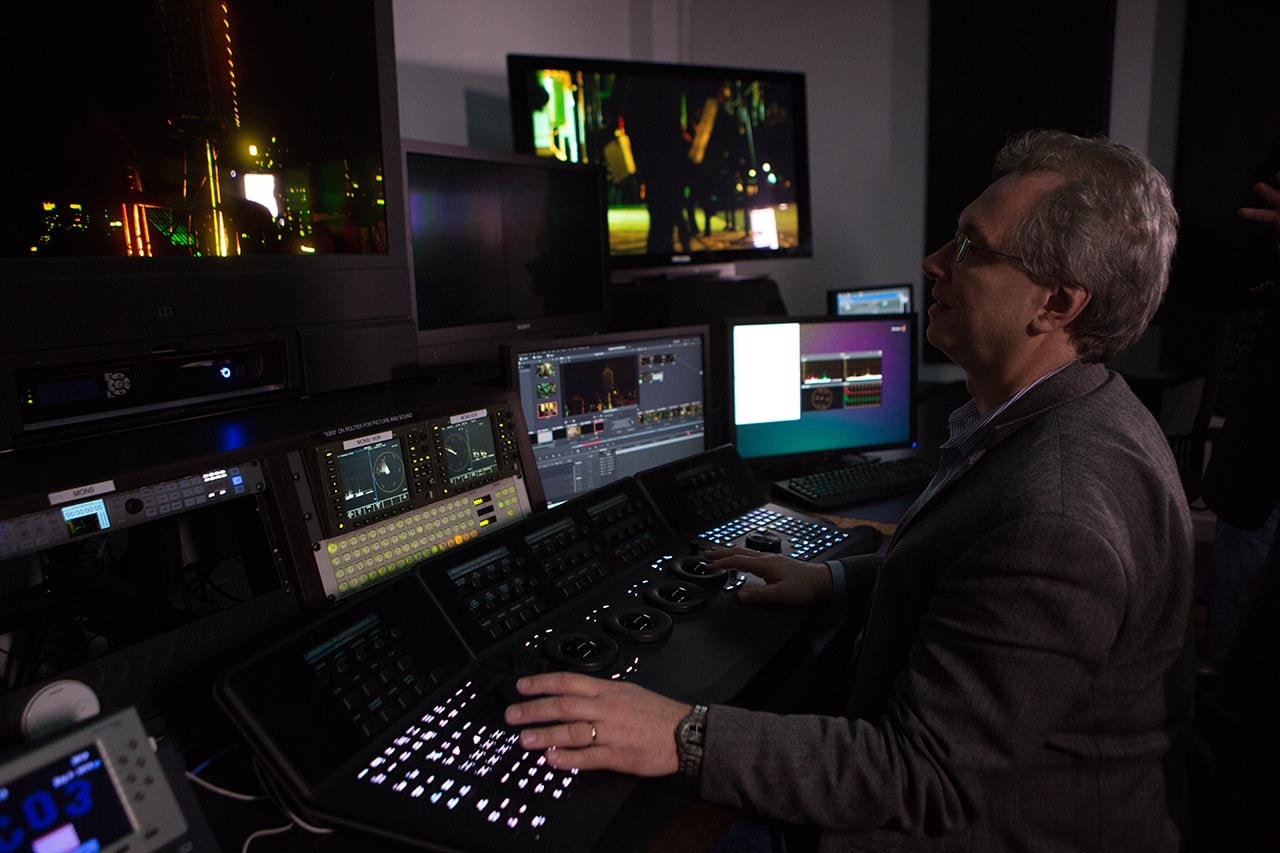 He recalls the TV series, The Addams Family, which aired for two seasons between 1964-66. Since it was aired in black-and-white, it was imagined and visualised by the showrunners according to that requirement. This meant objects, props, and costumes were chosen in a way they looked best on camera, not in real life. So when a recent photo revealed the true colours of the items, people were quite shocked. Everyone will have to rethink with HDR, Zeichner notes, from production designers, cinematographers, to directors.

That includes the streaming service giant. “It is a push for Netflix with HDR,” Allie Goss, VP for Netflix’s original series, informs us. “Few years ago, we had a similarly push for 4K. We like this idea that we can create this rich incredible stories and we want to present them in the best quality possible. And that might mean being on the cutting-edge of technology and first mover in some of these situations.”

While that may not be completely true – both Amazon Video and Vudu brought HDR technology to their platforms before Netflix – the latter is fighting it out. Netflix sends both Dolby Vision and HDR-10 – the two formats possibly locked in TV’s next format war – in one stream, which allows HDR adopters to buy their TV from any manufacturer. Plus, it’s got a dedicated section on its website for members to look at all available HDR content.

If you’re concerned about Internet speeds, Netflix wants you to know that it’s an insignificant rise. That’s because unlike the jump from HD to 4K that necessitates a lot more data – Netflix recommends 5Mbps for the former, and 25Mbps for the latter – HDR only carries an extra amount of metadata. Once the app identifies you’ve an HDR-compatible display, it applies that information to the pixels on your screen. 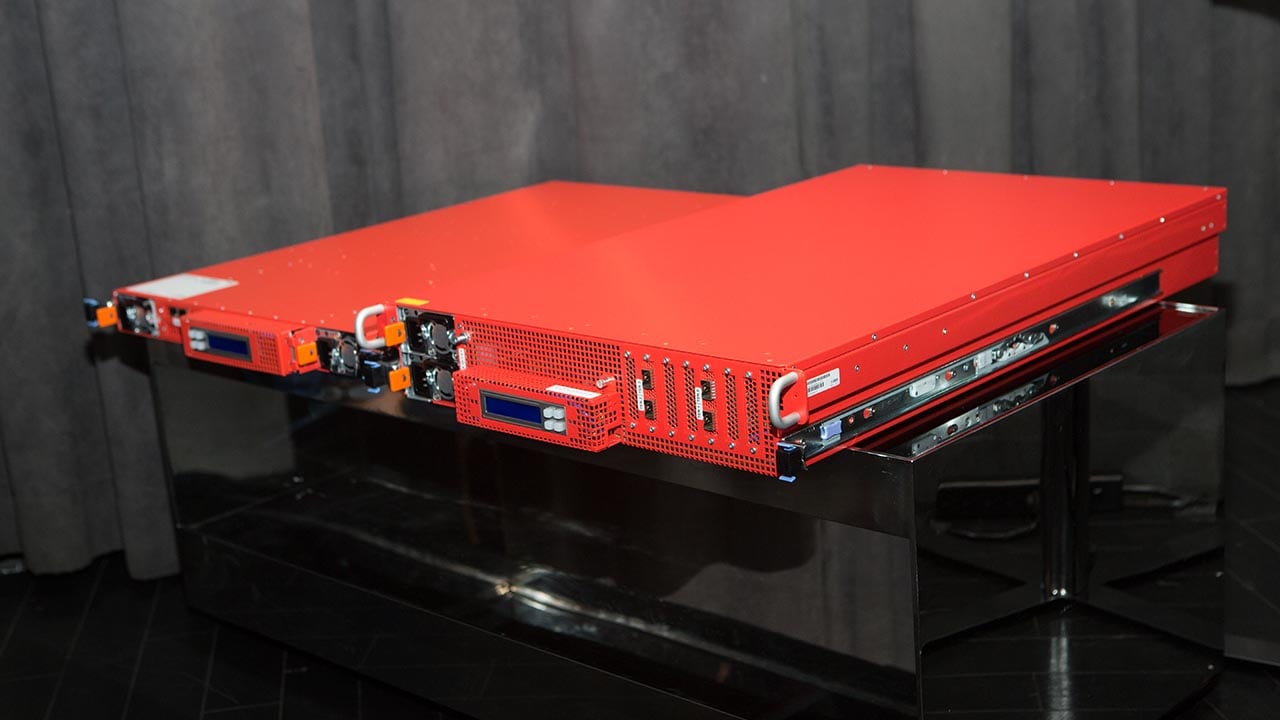 One server of this size can serve 10,000 Netflix customers, and store all of Netflix’s content
Photo Credit: Netflix / Serena Xu-Ning Carr

Netflix's Hunt says they have worked a lot over the ears to provide the best possible quality for all kinds of users, be it optimising encoding on a per-title basis, continually improving their encoding “recipes” i.e. the settings used, deploying Open Connect boxes all around the world, and smoothing the experience with the help of adaptive streaming.

The last of those is particularly helpful with HDR, as it means Netflix can deliver HDR to those who might have a HDR display but lack the necessary bandwidth. Hunt notes that a 5-10Mbps connection can deliver 720p HDR which looks better than 4K at 15Mbps. The only downside is that most manufacturers are bundling the two together so you'll have to spend a fair bit to experience HDR. Hopefully, that will change in the near future.

Netflix’s current tagline is “see what’s next”. For now, HDR is just that.

Disclosure: Netflix sponsored the correspondent’s travel and dining for the duration of the visit.

Further reading: Netflix, HDR, 4K, Marvel, Deluxe
Akhil Arora Email Akhil Akhil Arora covers entertainment for Gadgets 360, interviewing stars such as Christian Bale and Anurag Kashyap, covering series premieres, product and service launches across the globe, and looking at American blockbusters and Indian dramas from a global socio-political and feminist perspective. As a Rotten Tomatoes-certified film critic, Akhil has reviewed over 150 movies and TV shows in over half a decade at Gadgets 360. When he is not completely caught up with new film and TV releases, Akhil ...More
Nintendo Switch Possibly Underclocked; Dock to Improve Performance: Report
'Danny Rand Is No White Saviour,' Says Marvel's Iron Fist Showrunner

How Netflix Is Learning to Plan for HDR
Comment