Everything You Need To Know Before Captain America: Civil War

Captain America: Civil War, the third film in the Captain America series and the thirteenth film overall in the shared Marvel Cinematic Universe (MCU), is set to release this week. What you will witness at the theatre is set a year after the events you saw happen in Sokovia at the end of Avengers: Age of Ultron last year. And as you might have already grasped from the couple of trailers that dropped in the past few months, those events will play a part in dividing our favourite superheroes and causing them to fight one another, akin to a civil war.

As is usually the case, the influence for the storyline comes from the comic books. In this case, that is a seven-issue comic series called Civil War, which crossed into a hundred odd other issues during 2006-07. The Civil War arc was an important event in the comics, not just because what led to it and its eventual repercussions but because it forced every superhero to pick one side and pitted them against their own friends. Hence, to give it the attention it deserves, director duo and brothers Anthony and Joe Russo along with screenwriters Christopher Markus and Stephen McFeely have tapped almost every character that has appeared onscreen in the eight-year-old MCU and more, with new additions in Spider-Man and Black Panther.

The only omissions are Thor and the Hulk, one of whom has returned to his home in a different realm, while the other's absence might be addressed in the film itself. With this level of involvement, Captain America: Civil War is more like Avengers: Civil War. And if you're wondering what to expect at the end of this week, we have got you covered. 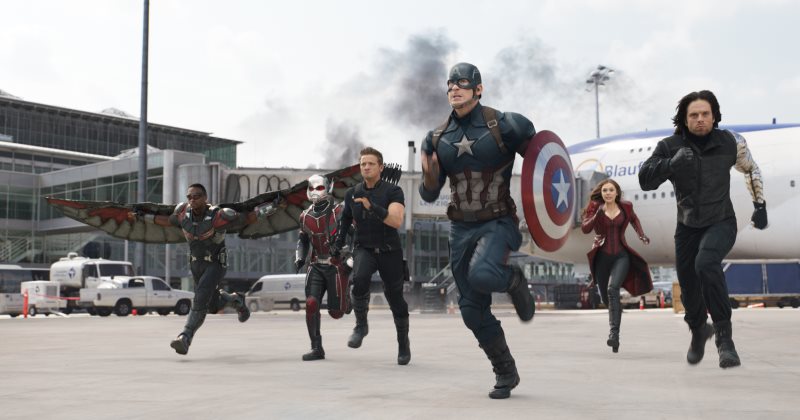 (Also see: Become One With the Avengers With This VR Experience)

So what's the deal then? Why are they fighting?
In the comics, public sentiment against the autonomy of superheroes had been building up for a while. And it hit a crescendo when four young heroes, untrained in the art of planning and eager for ratings for their reality TV show, are the catalyst for a huge explosion in the city of Stamford, Connecticut in the US that results in the death of hundreds of children in a nearby school. The government, behind closed doors, was in the process of drafting a Superhuman Registration Act and with the citizens now calling for action, and with the help of roughly half the superhuman world, push to pass the act as soon as possible.

The Marvel film world is clearly different, with Markus and McFeely adapting the comic book events of Civil War to suit their narrative and keep things close to the heroes we already know. The amount of destruction left in the wake of the three battles of New York, Washington D.C., and Sokovia has convinced the American politicians that oversight is required and the vigilantes need to be reined in.

The Superhuman Registration Act mandated that all heroes register with the US government and operate under its rules and regulations. From the material we have seen so far - off Blu-ray box sets, trailers and a mention in Ant-Man - it seems the films are taking things onto a global level by including United Nations into the process. Called the "Sokovia Accords", these provide the framework for superhuman force deployment at the behest of signatories on their land.

Naturally, this doesn't go down well with the other half of the superhuman world, who are ready to fight for their freedom. The ones supporting the Act are tasked with bringing them down. 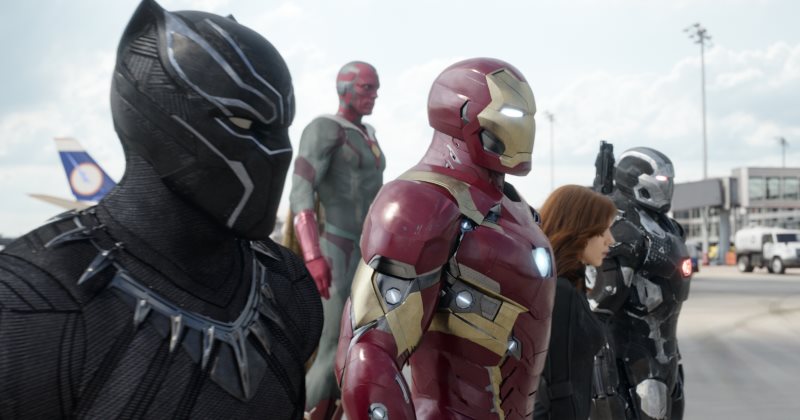 Okay hold on, this is getting confusing. Who's fighting whom?
As with any conflict, there are two opposing factions. Here, one of them is pro-registration and the other anti-registration. Technically there is a third - the ones who are sitting out the entire thing - but the limited scope of the MCU prevents a realistic depiction of neutral ground. While the expanded Civil War comic run allowed for the inclusion of the X-Men, Fantastic Four, Inhumans, Atlantis and Doctor Strange into the fold, a combination of licensing issues - the first two are with Fox - and film development - Doctor Strange arrives in November, and Inhumans is in limbo - has limited the size of the squad at war.

In the comics, all of Daredevil, The Punisher, Jessica Jones and Luke Cage were also involved in one way or another. Two of the four have already appeared in Marvel-produced television series for online streaming service Netflix. Marvel's Daredevil debuted back in April 2015 with Marvel's Jessica Jones following in November the same year, and seasons for the other two are on the way. And even though Marvel has used the ABC show Agents of S.H.I.E.L.D. to set up events in the film world, it seems reluctant to transfer its Netflix heroes onto the big screen, despite all of them sharing one common universe. It could be the case that the Russo brothers and Marvel president Kevin Feige weren't happy in translating half-baked storylines, and are instead waiting it out to bring everyone on board for the two-part Avengers: Infinity War movie in 2018-19.

It's easy to digress when talking about the comics or the MCU in general, so let's come back to the film in focus - Captain America: Civil War. Here is the complete (known) list of superheroes you can look forward to:

If you've seen the two Avengers films and 2015's Ant-Man, you've heard of all but two characters in the list above. T'Challa is the prince of a highly advanced African nation of Wakanda, who has been included to bring "fresh eyes" to the burning question, Feige said in an interview last year. Tom Holland's Spider-Man is a new and young take on the web-slinger, which effectively puts him in high school.

That's a much different Spider-Man than the one who was part of the Civil War arc in comics, wherein he's clearly into his late twenties or early thirties. And while Spidey played a big role in the comics from start to finish, it's unlikely to be the case in the film world, what with him being on the fringes of the MCU. 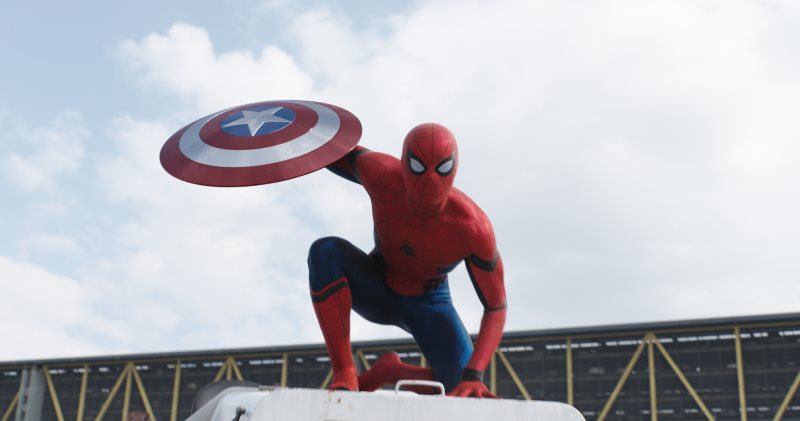 (Also see: It's All Connected: How DC's Already Built a Better Connected Universe Than Marvel)

Okay, I know who's involved. How about a spoiler-free introduction to what should be expected in the film?
After the horror show of creating Ultron and the visions he saw under the influence of Scarlet Witch, Tony Stark is at a point where "he [is] willing to submit to an authority", Anthony Russo explained in an interview. Add to that his interaction with Miriam Sharpe, the mother of an American who died in Sokovia, and Iron Man is convinced the Act is the best way forward.

Captain America, meanwhile, after seeing S.H.I.E.L.D. crumble from the inside as it was slowly infiltrated by Hydra in Captain America: The Winter Soldier, has lost his trust in government institutions. Speaking about his arc in the film, Russo said it goes from "him from the most ra-ra company man" to someone who is "a somewhat willing propagandist, and by the end of the third film he's an insurgent."

Tony Stark and Peter Parker are very close in the comics, with Stark almost serving as a father figure to him. And though Marisa Tomei has been cast as May Parker, Peter's aunt, the extent of her and Spidey's involvement is not known. Also in the comics, Parker, as Spider-Man and himself, is integral to the start of the pro-registration following and continues to serve as the moral compass for the reader. But with a standalone film - Spider-Man Homecoming in July next year - on the way, expect the web-slinger to have a more diminished role in Russo brothers' adaptation. For what it's worth, Joe Russo said in an interview recently that Homecoming will continue the development of Stark-Parker's relationship that begins in Captain America: Civil War, which will definitely be exciting for comic fans.

Which brings us to Black Panther. The African prince, T'Challa, is at a UN meeting when an explosion occurs in the second trailer, which ought to reinforce his pro-registration stand on the issue being tabled under Sokovia Accords. Or, it could be that he was anti-registration before the incident and the close to death experience compels him to join Iron Man.

One of the comic series' biggest events - without spoiling it for potential comic readers - is the switch in allegiance by an important character, midway through the War. Whether the film writers have integrated this, or have a similar thing planned for viewers, it is not known (and thankfully so). 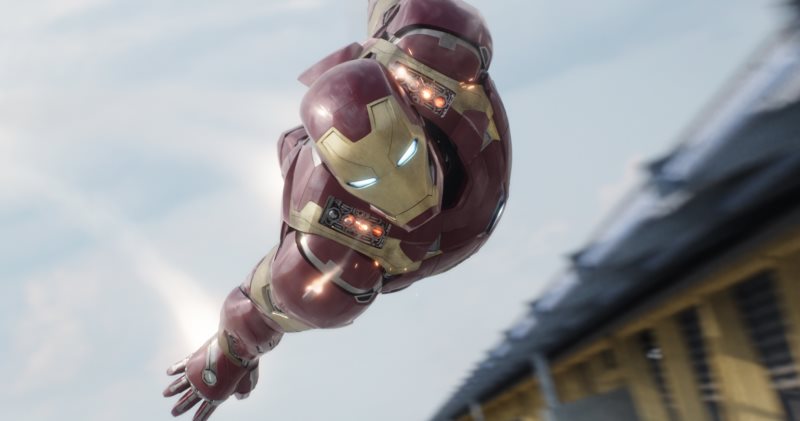 I'm a potential comic reader, but a hundred odd issues scare me. Where do I start?
The comics have a much richer history for sure, and they have the ability to tackle dozens of more characters. That's down to the relative ease of running multiple series at the same time without having to worry about scheduling conflicts of the actors involved. With that said, the 2006-07 Civil War arc remains one of the most well-worked and cohesive storytelling in the world of comics, and definitely something you should try out.

The amount of time you wish to invest all depends on the level of your commitment. For your convenience, we have prepared two guides: Starter Kit and MCU Kit.

Marvel Cinematic Universe Kit
A collection of all the comics in the Civil War arc following heroes you already know. The storylines don't bear any resemblance to what you've seen on screen, if you didn't already know that.

Everything in Starter Kit +

And once you have completed all of the above, pick up Captain America #25 if you're looking for a conclusion. You will know what we mean once you finish Civil War #7.

What are you most looking forward to in Captain America: Civil War? Have you read the comics or do you plan to? Let us know in the comments below.