Marvel’s Iron Fist, the fourth standalone series leading up to The Defenders, will arrive on Netflix in March next year. Beyond a teaser trailer released two months ago, we know very little about the character’s adaptation from the comic pages, or the people who are making it. Netflix invited Gadgets 360 for a chat with Iron Fist showrunner Scott Buck and VP original series Allie Goss a while ago, and we can now (thankfully) reveal the conversation’s contents. Here’s what we learned.

How does working with a streaming service in Netflix as opposed to a cable network change your creative process?
Buck: It changes a little bit because you can approach it in a slightly more organic way because you’re not trying to initially create a pilot that we have to get rated, and if it doesn’t get rated we are gone. So when you’re in that sort of circumstance [a pilot], you tend to throw everything at the screen right away, and you’re not necessarily thinking what is best for the show, what is the story.

Netflix doesn’t provide ratings for its shows, be it to the creators or viewers. On network television, there is a big focus on that. Does that have any impact?
Buck: It’s a stress factor because it’s not just you that’s waiting for the ratings, but everyone at the network, and everyone at the studio. They are judging you by that, and they are judging the show by that – so the show lives and dies by that. With Netflix that’s just not the situation so it also creates a more relaxed atmosphere where you know everyone is on the same team. 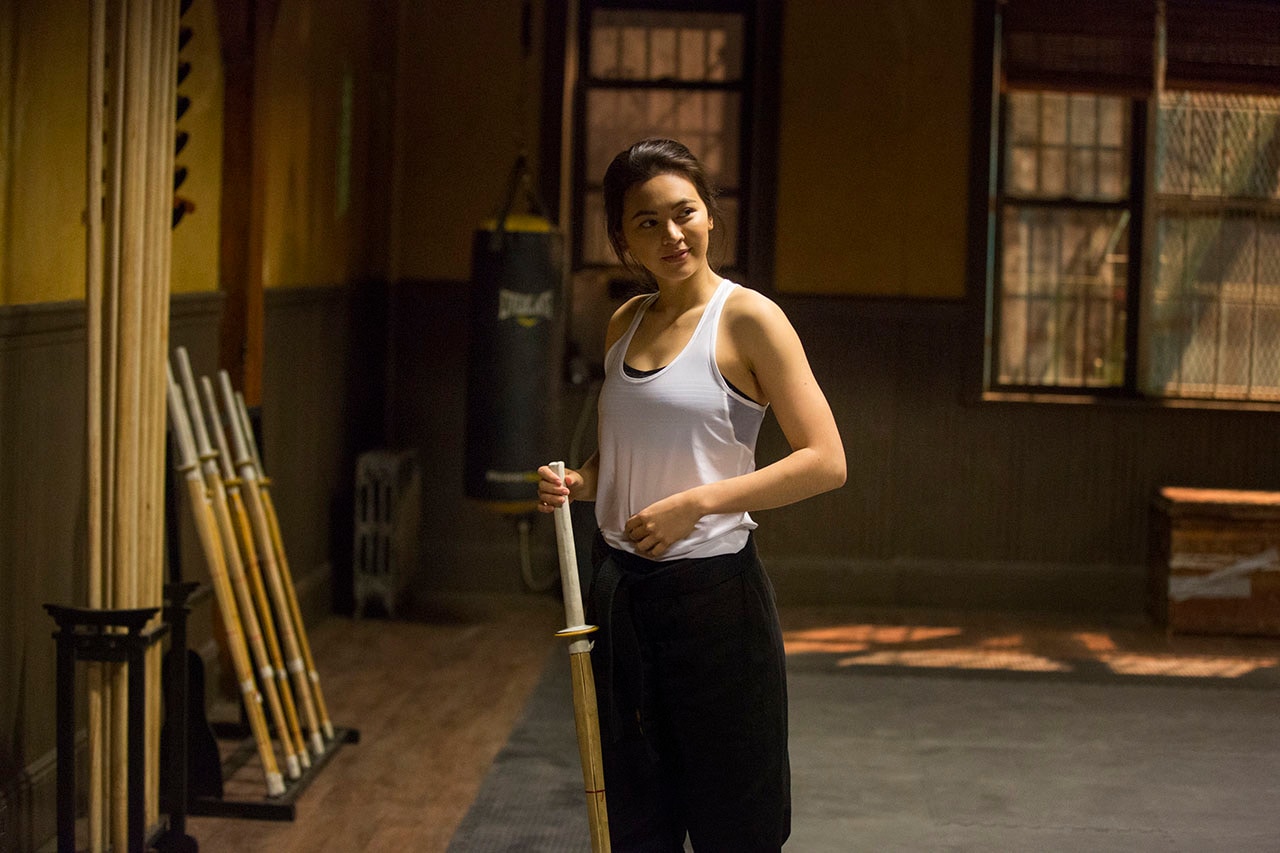 With the subscription service available globally in 190 countries, Iron Fist will be go out to everyone around the world on day 1. Does that affect storytelling?
Buck: Absolutely it does, and I think that’s why these shows work so well. Because we are not thinking what is the greatest stunt Danny can do this week, we are thinking where is this character going, what is this character’s journey. We are more interested in telling real, genuine stories of someone who has that superpower and doesn’t even necessarily know what to do with the superpower, that I think people will more identify with. You can watch explosions and fights all day long but they can be tiring. What pulls people in, what makes people interested is a good character who’s telling a good story.

Can you talk a bit about the preparation process, shooting and visual aesthetic of Iron Fist?
Buck: The prep starts very early, since it involves finding locations and building sets. It’s a collaborative process; things change as script is written and everything gets handed down. It’s a lot for production [team] to go through.

There is a lot of going back and forth, awful lot of Skype-ing. Between all of us, there is a constant email barrage, going back and forth, and the editing itself is done back in Los Angeles. I can watch everything from here if I want to, but I’ll go back to LA because the director will be there. And he’ll put out the first cut, and changes continue, continue, continue until we get the final product we are looking for.

Until now, all other Marvel shows have had grounded heroes. How are you balancing the mythological aspects with Iron Fist?
Buck: To me when I first encountered the character, it seemed these were like not the greatest superpowers. All he can do is punch really hard. That’s sort of what appealed to me about it – he has this one gift, you can use it in some ways but in rest of his life, it’s not really all that significant. His greatest gift is his martial arts skills, and that’s something he suffered and worked for. 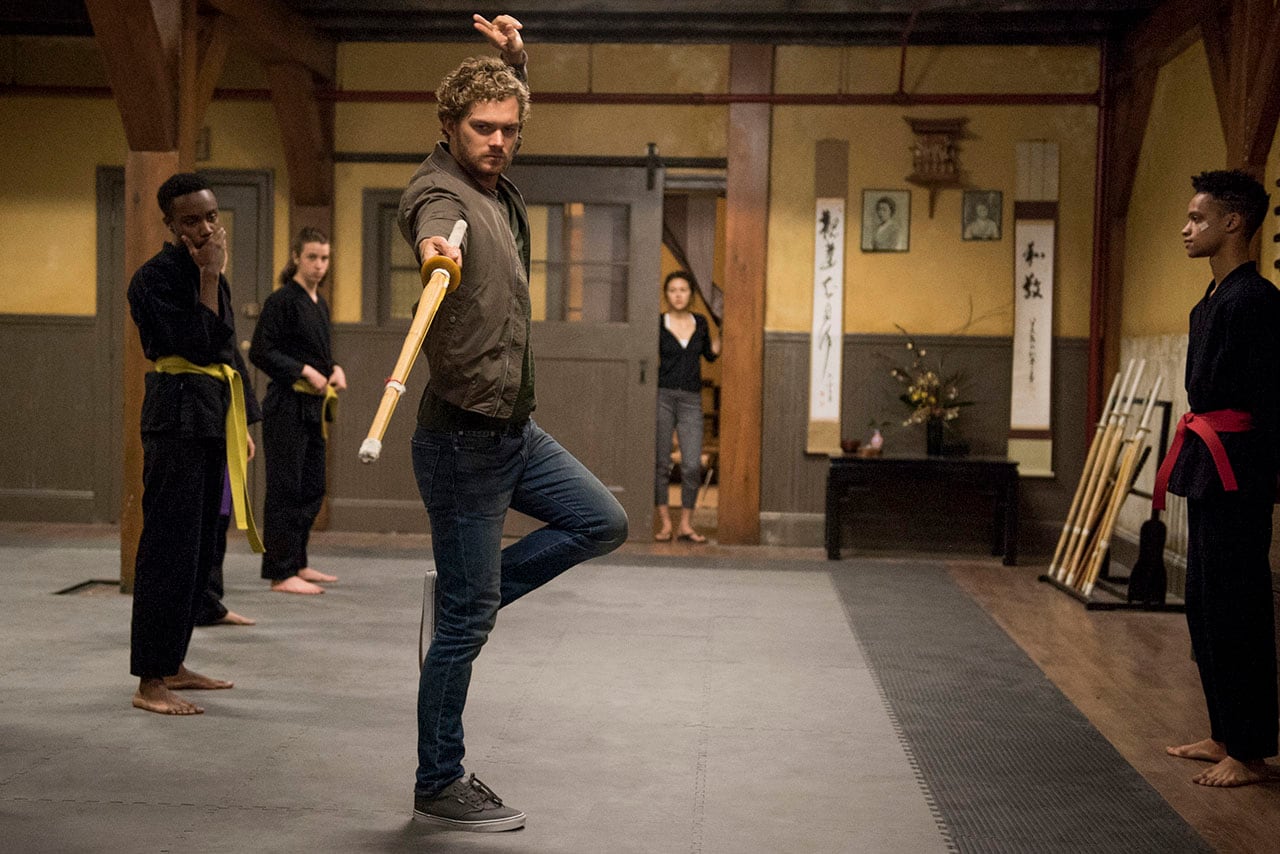 Goss: Through all Marvel shows, it’s about a great character-story first, and a superhero-story second. We don’t want to downplay powers or abilities, or the fact these characters are derived from comics and graphic novels because that’s what’s so special about them, but we want to expose those in a way that’s little more aimed towards adults, and lets us explore these people beyond just these superhero, which feels so generic given how deep these characters have the ability to be.

How did Netflix and Marvel decide on what characters to pick for The Defenders?
Goss: Three years ago, Marvel came in and pitched a very ambitious project, The Defenders. It was four individual shows followed by a limited series that would bring them all together. When they came in, it was actually these four characters – there was Daredevil, Jessica Jones, Luke Cage, and Iron Fist. We weren’t entirely sure which order they would go in, that became part of the development and creative process. It was always going to be a discussion whether these were the right four, but as we got going on Daredevil and Jessica Jones, it started to feel like these were the exact right heroes.

They are far more grounded, and they set up The Defenders quite well. We were able to explore the character stories without getting too consumed by superpowers or heroes flying through the air, or massive visual effects. And in that way, they became the greatest street level heroes we could explore. And then from there, Jon Bernthal as The Punisher in Daredevil season two was just a standout, that it was undeniable and we had to move forward and wanted to very much. 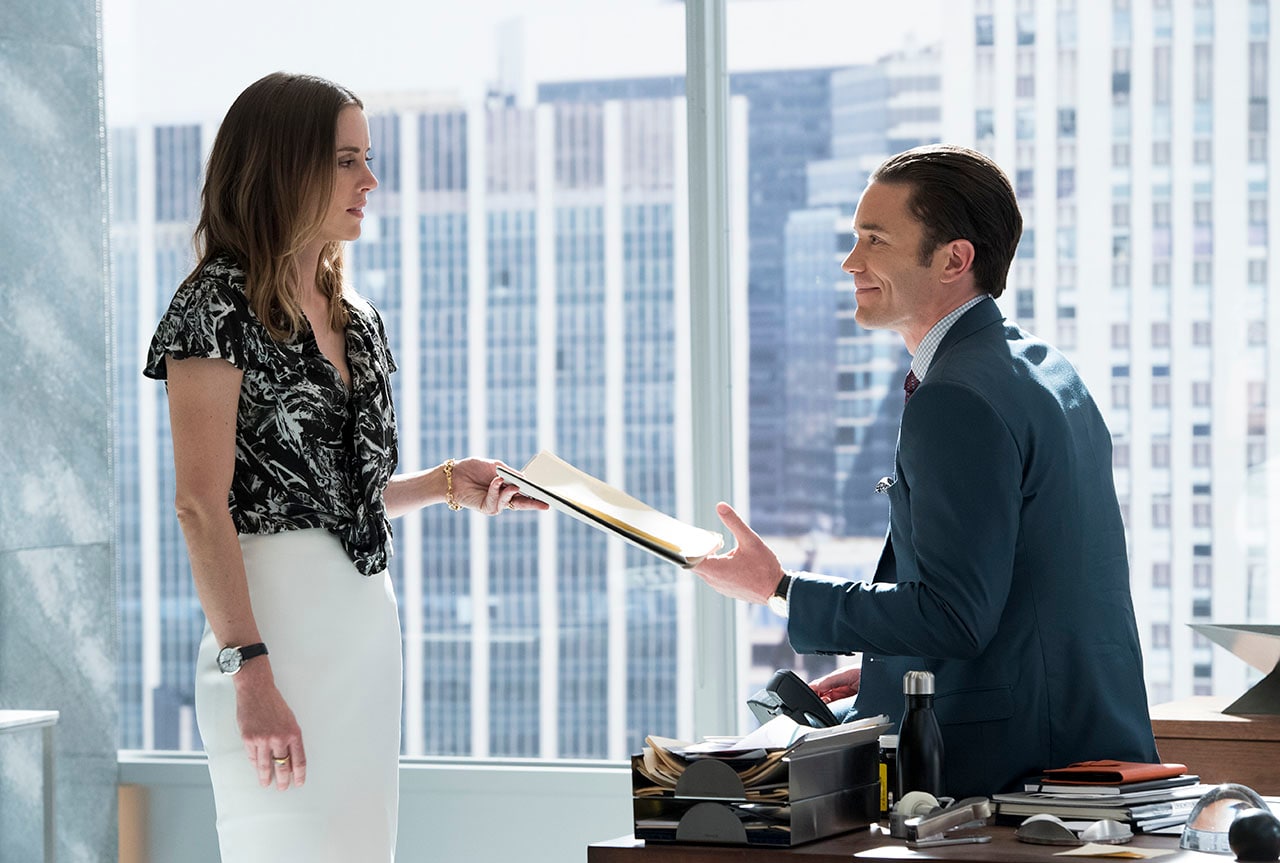 What about the villains? Were they pre-determined too?
Goss: How it works is, that Scott [Buck] or other showrunners – when they are working on the development of the project – they come in and pitch what they think is the season going to be. They’ve gone through the process with Marvel to clear characters. And then we talk about whether that’s the right setup and whether it makes sense.

In the comics, Iron Fist can come off as a white saviour. How did you approach the casting for Danny Rand, who is now played by white-guy Finn Jones?
Buck: When Marvel came to me with this idea, I’d never heard of Iron Fist or Danny Rand. I had never read the comics. What [Marvel TV head] Jeph Loeb pitched me specifically was this character Danny Rand, and that was the story that pulled me in. That intrigued me. So the other aspects I only learned about afterwards, and I can say most definitively Danny Rand is no white saviour. He’s trying to save himself, if anything.

Is there a particular incarnation of the character Marvel prescribed for Iron Fist?
Buck: One of the many things that appealed to me about Danny Rand was that even though there had been so many comic books written about him, there wasn’t this great big backlog of information and story. So it allowed us to be a little bit more creative, and to take a slightly different direction with this character. And if you do go back and read the comics, they have completely different origin stories from one series to another. It did give us that freedom to create the character we specifically wanted.

How much of continuity factors in, building up to The Defenders? How much freedom do you have?
Buck: There is a fair amount of freedom. Sometimes things are done because they are fun, and then we go, eh the next series will figure this out. (Laughter) There is a bit of that, but also I do talk to the other showrunners. Because we are leading into The Defenders, we have to leave our show in a very specific place with our character, because we do sort of plant seeds and stories that will then come to fruition in The Defenders. There does have to be a lot of cooperation between all the different groups. But other than that, we work distinctly by ourselves.

Disclosure: Netflix sponsored the correspondent’s travel and dining for the duration of the visit.

Further reading: Netflix, Marvel, Iron Fist, Scott Buck, Allie Goss, Netflix Originals
Akhil Arora Email Akhil
Akhil Arora covers entertainment for Gadgets 360, interviewing stars such as Christian Bale and Anurag Kashyap, covering series premieres, product and service launches across the globe, and looking at American blockbusters and Indian dramas from a global socio-political and feminist perspective. As a Rotten Tomatoes-certified film critic, Akhil has reviewed over 150 movies and TV shows in over half a decade at Gadgets 360. When he is not completely caught up with new film and TV releases, Akhil ...More
How Netflix Is Learning to Plan for HDR
Samsung Wins Over Apple in $399 Million Patent Appeal in US Supreme Court