As part of the campaign to give its own animated classics a live-action spin, Disney is taking on Snow White next, according to a new report. We’ve already gotten takes on Alice in Wonderland, Maleficent, Cinderella, and The Jungle Book, with versions of Beauty and The Beast, Aladdin, Mulan, and The Lion King on the way – so this was bound to happen at some point. The task for penning Snow White’s script is with The Girl on the Train screenwriter Erin Cressida Wilson.

After moving on from Deadpool 2 due to “creative differences” last week, Tim Miller has already found his new project: Sonic the Hedgehog. As per a report, the film will be a hybrid of computer-generated imagery (CGI) and live-action. Sonic has long had a troubled time with video games, so hopefully this will turn out better.

With the first of five Fantastic Beasts films set to arrive in cinemas in two weeks, we now have more news on the second: Johnny Depp will star alongside Eddie Redmayne. Depp might also have a small cameo in the first film, if a report is to be believed.

And then on Thursday, Warner Bros delivered a new trailer for Wonder Woman, the fourth film in its DC Extended Universe – the rival to Marvel Cinematic Universe. The film is set around World War I and should provide insight into Diana Price’s origins. Gal Gadot first played the character in this year’s overly-cynical dumpster-fire Batman v Superman: Dawn of Justice.

Netflix subscribers in emerging markets (read: with poor Internet access) might soon be able to breathe a sigh of relief, as the company is “looking at” an offline viewing option, CCO Ted Sarandos said in an interview.

All of that may (or may not) come to fruition. For now, welcome back to The Weekend Chill, and here are the top picks for your weekend enjoyment:

TV:
The Crown
The Crown is an ambitious show, not least of which is the creator's – Peter Morgan, writer on The Queen and Frost/Nixon – wish to chronicle the life of the living British Queen from her marriage in 1947 to the present day. More so because it plans to tell the story over the course of six seasons, without even knowing the audience's interest in the first season.

And so it's a good thing that Morgan is adept at his work. The Crown has received praise from critics for its locations, cinematography, costumes, and performances. Claire Foy (Vampire Academy, Wolf Hall) as the lead, Queen Elizabeth II, is excellent in the role, and so it's a shame she won't stick around for too much longer, as the story continues through the decades.

As is always with Netflix shows, all ten episodes of the first season are available to stream on day one – that is, on Friday itself. 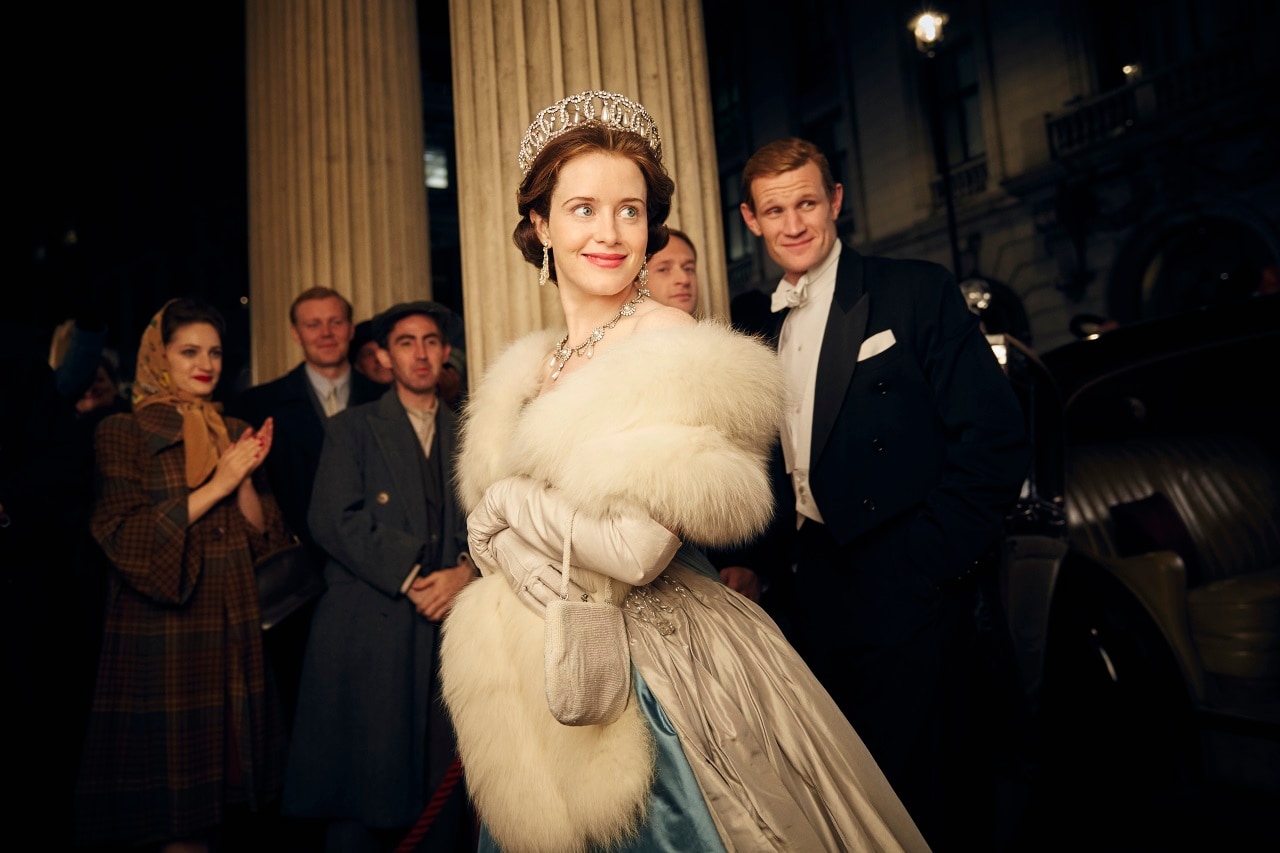 (Also see: The Ivory Game, Gilmore Girls, and More on Netflix in November)

People of Earth
Blending comedy, mystery, and science-fiction, the short way to describe TBS’ new comedy People of Earth is: a support group for alien abductees. The show has an ensemble cast, and follows a journalist Ozzie Graham (Wyatt Cenac) who starts to investigate the people in StarCrossed (the name of the support group) who believe they have been abducted. But as he hears their stories first-hand, Graham thinks he might have something to share back as well.

Graham’s scepticism for life beyond Earth clashes with the conviction of StarCrossed leader Gina Morrison (Ana Gasteyer) who tries her best to convince him that it’s really happening. David Jenkins is a first-time creator, and People of Earth is executive produced by talk show host Conan O’Brien and multiple Emmy-winner Greg Daniels, showrunner on The Office and co-creator of Parks and Recreation.

The first season of 10 episodes premiered with a double-header this week, and continues through December. How to access: TBS
Time commitment: 1 hour now, 30 minutes each week after

There he meets the Ancient One – played by a flawless Tilda Swinton – who tells him to open his eyes and learn the ways of the multiverse. As we noted in our review, Doctor Strange is a visual marvel – excuse the pun – combining magic, Inception's world-folding ideas and a whole lot of spell-casting to make for an enjoyable entry in the Marvel Cinematic Universe (MCU).

Unfortunately, its villain Kaecilius (Mads Mikkelsen) and side characters – Rachel McAdams, and Chiwetel Ejiofor – aren't too well served, and the plotline isn't very original. But for 2016, a year that’s given us Batman v Superman, Captain America: Civil War, and Suicide Squad – this is still a welcome change. 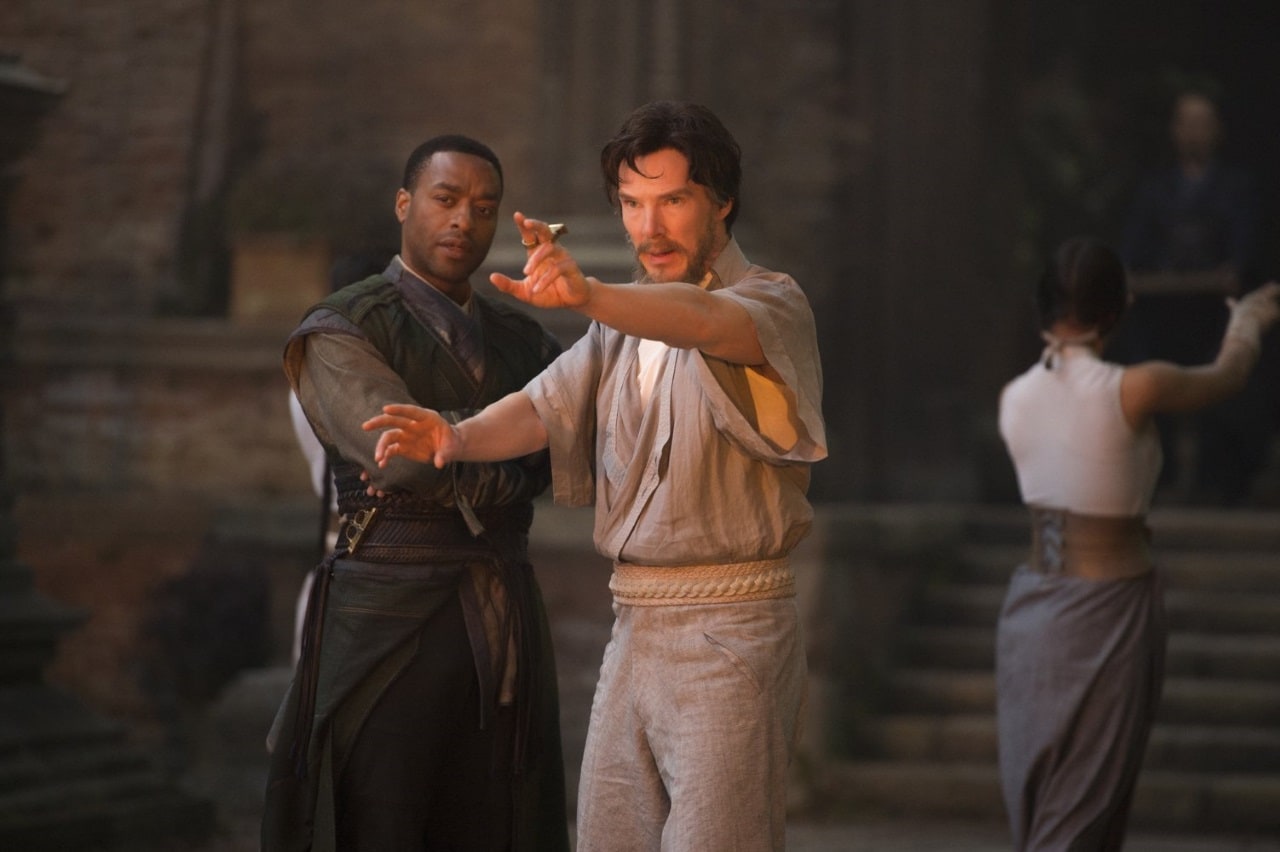 (Also see: Doctor Strange Is a Visually Dazzling Film That Adds Magic to the Marvel Universe)

How to access: Out in cinema halls
Time commitment: 1 hour and 55 minutes

The Ivory Game
The Ivory Game is not just a timely film – the world elephant population has fallen by 62 per cent in the past decade – but a brave one: for the film, co-directors Richard Ladkani and Kief Davidson spent 16 months undercover filming animal poachers, with the help of what they describe as a team of "intelligence operatives, undercover activists, passionate frontline rangers and tough-as-nails conservationists".

While ivory trade is illegal in most parts of the world, China’s stance on the matter - a legal restriction beyond five tonnes per year - continues to fuel a black market that then feeds into corruption, organised crime and empowers African warlords, who can lure disenfranchised youth and soldiers into helping their cause.

The documentary has been executive produced by Leonardo DiCaprio, who was also behind 2014’s mountain-gorilla doc Virunga and this year’s climate change doc Before the Flood. The Ivory Game says that African elephants could be extinct in just 15 years – elephants are majestic and beautiful, give this your attention.

How to access: Netflix
Time commitment: 1 hour and 52 minutes

Other mentions:
The latest Star Trek film – directed by Fast and Furious veteran Justin Lin – brought in Idris Elba and Sofia Boutella, and managed to deliver a slick two-hour version of what the original 1966 Star Trek TV series was known for. It will also be remembered for Anton Yelchin (Chekov), who passed away shortly after completing filming. Star Trek Beyond is now available on home media.

Also on Blu-ray and DVD is the second season of Outlander, which has featured before in this very column and in our monthly Netflix guides, too. Speaking of Netflix, there’s a bunch of new content up on the streaming service this week, from The Hangover, 17 Again, 300, Vikings, and more.

Video games:
Titanfall 2
The biggest addition in Respawn Entertainment’s follow-up to their 2014 first-person shooter, Titanfall, is a single-player campaign. Here’s what it’s about: “Playable offline, the single player campaign in Titanfall 2 lets fans step out onto The Frontier as a Militia rifleman with aspirations of becoming an elite Pilot. Stranded behind enemy lines and facing overwhelming odds, players must team up with a veteran Titan to uphold a mission they were never meant to carry out.”

We loved the campaign, noting the pacing, banter with your titan BT, the game’s attempt at building some lore, and the slower movement style. “Mirror’s Edge Catalyst may have improved on how parkour should work in video games, but Titanfall 2 perfects it,” we concluded.

There’s also multiplayer as before, which we didn’t enjoy very much back in its open beta days and had similar reservations in our full review. The problems exist with a retooled rodeo system, animations that detract from gameplay, and restricting titan-summoning to better skilled players. 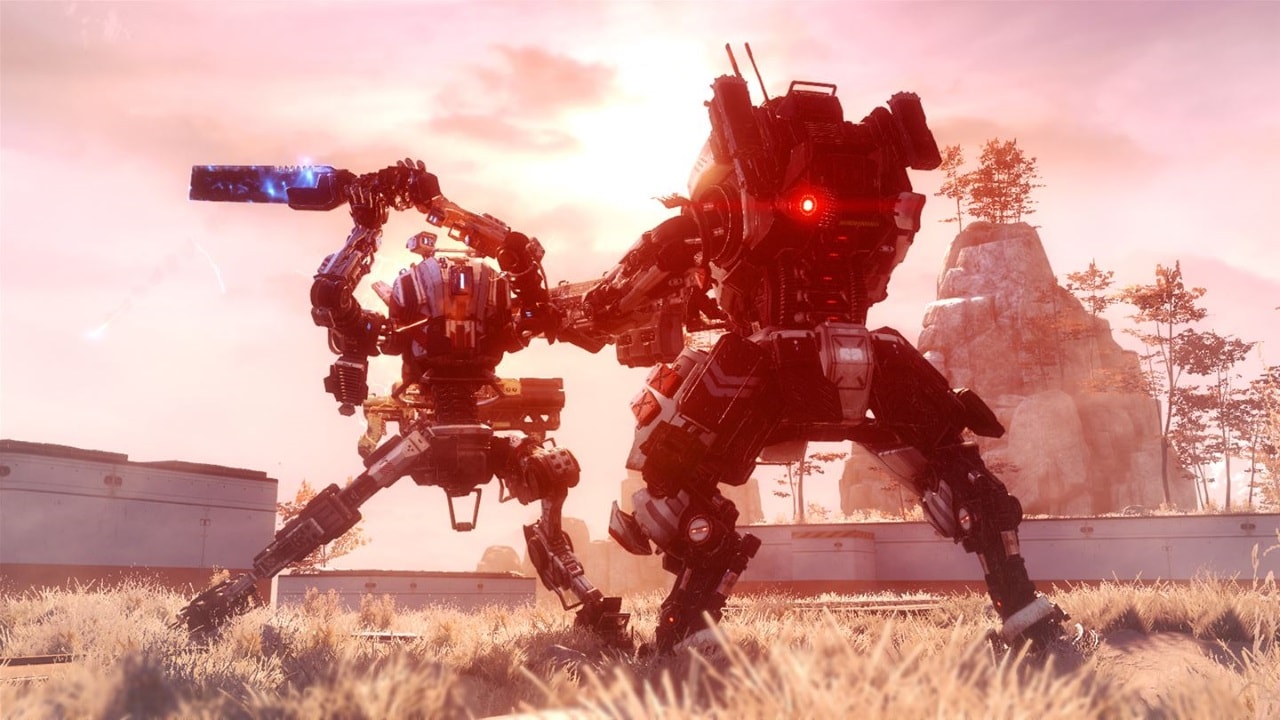 How to access: PlayStation 4, Xbox One, and Origin for Windows PCs
Time commitment: As much as you want, really

Call of Duty: Infinite Warfare
If there’s one name that’s become almost synonymous with the first-person shooter genre, it’s Activision’s Call of Duty. It’s gotten so big that the publisher has to employ three different studios – Infinity Ward, Treyarch, and Sledgehammer Games – to ensure an annual release, every year since 2005.

Infinite Warfare – the 13th addition to the Call of Duty series, and the first game in the franchise to venture beyond the reaches of Earth – comes from the house of Infinity Ward. It finds humanity living across the solar system, with the people on Earth reliant on colonies established across the Solar System for resources. When a hostile faction known as the Settlement Defense Front (SDF) declares war on the United Nations Space Alliance (UNSA), the player – UNSA lieutenant Jack Reyes – is promoted to the position of Commander.

The main antagonist is played by Kit Harrington, Game of Thrones’ Jon Snow, and Infinite Warfare also brings an original cooperative Zombies mode that has its own features, mechanics and storyline.

How to access: PlayStation 4, Xbox One, and Steam for Windows PCs
Time commitment: As much as you want, really

Other mentions:
Io Interactive’s Hitman reboot for this year has been following an episodic release, and it completed its first season this week in episode 6, Hokkaido. Being the finale, the mission called “Situs Inversus” combines all that players have been taught in both gameplay and story. It’s set on the Japanese island Hokkaido, as the episode's name suggests, and features zen gardens, sushi restaurant and (of course) a hot spring. As before, it’s playable on PS4, Xbox One and PC.

The latest edition for Sports Interactive’s football management franchise, Football Manager 2017, is out this week as well. There are 2,500 real clubs to manage and more than 500,000 real footballers and staff to sign. Improvements include a more visual depiction of heat maps, passing diagrams and on-pitch mistakes, plus better player animations, stadiums and referees using vanishing spray. Available for Windows, OS X and Linux PCs.

Further reading: The Weekend Chill, The Crown, People of Earth, Doctor Strange, The Ivory Game, Titanfall 2, Call of Duty, Call of Duty Infinite Warfare, CODIW, Snow White, Disney, Sonic the Hedgehog, Fantastic Beasts and Where To Find Them, Wonder Woman, Starship Troopers, Netflix, Star Trek Beyond, Outlander, Hitman, Football Manager
Akhil Arora Email Akhil
Akhil Arora covers entertainment for Gadgets 360, interviewing stars such as Christian Bale and Anurag Kashyap, covering series premieres, product and service launches across the globe, and looking at American blockbusters and Indian dramas from a global socio-political and feminist perspective. As a Rotten Tomatoes-certified film critic, Akhil has reviewed over 150 movies and TV shows in over half a decade at Gadgets 360. When he is not completely caught up with new film and TV releases, Akhil ...More
Google Home First Impressions
Google Play Introduces Subscription Promos to Help Developers Increase User Base