The Coolest Gadgets of 2018

In the technology space, we don't think we've ever come across a year when we haven't seen something cool or interesting, which either completely blew our minds or just made us sit up and think —‘why hasn't anyone thought of this till now?' 2018 has been no exception. Starting with CES and the incredible ‘Wall' television from Samsung in January to the jaw-dropping gaming chair from Acer called the Predator Thronos, this year has had its share of unique offerings.

It's impossible to list each and every gadget here so we've chosen a few that we think are really interesting, offer something different and of course, are pretty cool, listed in no particular order. Read on, or just hit the play button on the video below.

1. DJI Osmo Pocket
DJI is a popular name when it comes to drones and stabilisers and its latest product is easily one of its coolest yet. The Osmo Pocket is a new entrant in the handheld stabiliser series, which features a 12-megapixel camera on a 3-axis stabilised gimbal that can literally fit in your pocket. Designed for vloggers, the Osmo Pocket can shoot video up to 4K resolution at 60fps, has a touchscreen display, microSD card support of up to 256GB, and weighs just 116g. The camera also features a “universal port” which lets you connect it to any smartphone as well as a suite of DJI accessories. The Osmo Pocket is priced at $349 (roughly Rs. 24,300).

2. Razer's Project Linda
It's aways interesting to visit Razer's booth at CES. This year, the company showed off Project Linda, a 13.3-inch laptop shell that's powered by the Razer Phone. It's an interesting concept to extend the capabilities of the smartphone, something Asus has been dabbling with the PadFone for a couple of years now.

The aluminium shell itself has a built-in battery to charge the phone, 200GB of internal storage, an RGB chiclet keyboard, and a 13.3-inch QHD touch display with a 120Hz refresh rate. When docked, the phone's display can be used as a touchpad or as a secondary display for apps and games. Intrigued yet? 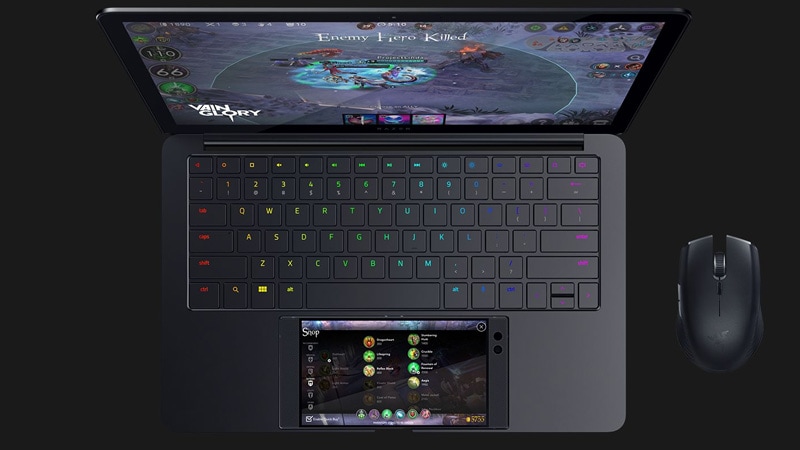 Well the sad part is that you can't actually buy it, even now, as Project Linda is still a concept and there's no telling when or even if it will ever go into production.

3. Nikon Coolpix P1000
The Nikon Coolpix P1000 is currently the only camera that can do a crazy 125x optical zoom, and still be compact enough to fit into a backpack. This gives you an effective (35mm) zoom range of up to 3000mm, which means you can zoom into objects that are literally kilometres away with ease. The Coolpix P1000 is the successor to the P900, and other than the bigger zoom range, you also get RAW and 4K video support. The downside? Image quality isn't the best due to the tiny 1/2.3-inch sensor and it's pretty expensive at Rs. 75,950.

4. DJI Mavic Air
It's hard to beat DJI when it comes to drones and this year, the company delivered yet another cool addition. The Mavic Air inherits the best of the Mavic series while being foldable and super portable. It features a 12-megapixel sensor that's capable of 4K video capture, 8GB of internal storage with microSD card support, a 3-axis mechanical gimbal, and a maximum flight time of 21 minutes. 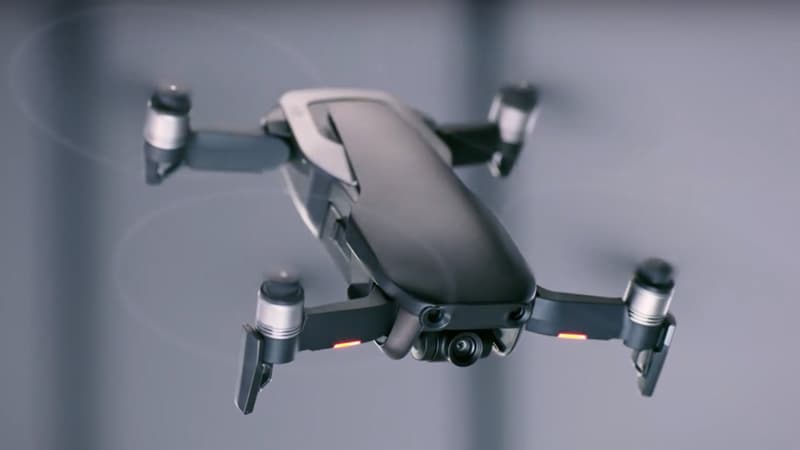 The propellers of the Mavic Air can be folded for easy storage and it also has features from its bigger siblings like obstacle detection, spherical panoramas, ActiveTrack, SmartCapture and lots more. The DJI Mavic Air is priced at $799 (roughly Rs. 55,700).

5. Amazon Echo Input
The Echo Input was announced during Amazon's special hardware event in September. What's cool about this is that it can make pretty much any speaker work with it's voice assistant, Alexa. The Echo Input connects you existing speakers in your home, either though a 3.5mm auxiliary connection or Bluetooth. After this you'll be able to stream music and issue commands to Alexa from across the room, just like you would on any Echo speaker. The Echo Input is launching on December 12 in the US for $34.99 (roughly Rs. 2,400) and is slated to launch in India early next year.

6. Dyson Pure Cool (2018)
Air purifiers are the need of the hour, especially in India. There are many available in all shapes and sizes but by far, the coolest looking one is the Dyson Pure Cool. The new 2018 model uses an improved 360-degree filter, which is split into HEPA and carbon layers. The filters are designed as per the industry standards of EN1822 and H13-A filter class. All of this costs a pretty penny too. The tower version of the Pure Cool air purifier is priced at Rs. 44,900 while the desk version will set you back Rs. 37,900. 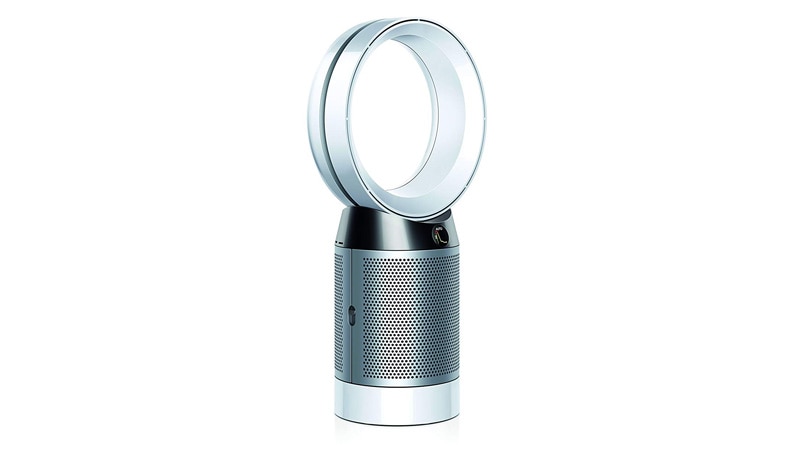 The company is investing a lot of resources in India to develop the brand and identity and it's been doing well so far. As for the air purifier itself, we've been testing it in Delhi during peak smog season, and while it's not the fastest air purifier we've come across, it's certainly up there with the most effective, as it can filter out PM10, PM2.5, and even PM0.1 particulate matter. The companion app is fully functional and well-designed.

7. Ethereal Machine's Halo
Bengaluru-based Ethereal Machines wowed everyone at CES this year with the Halo, the world's first 5-axis, additive 3D printer which also won ‘Best of Innovations: 3D Printing' award at CES 2018. According to the company, the Halo “combines both technologies of subtractive manufacturing and additive manufacturing into one bundle, with a high degree of accuracy.” The printer is is designed to occupy minimal floor space, has an advanced nozzle design for minimum clogging, and supports multiple materials.

8. Amazon Fire TV Stick 4K
If you're looking for a one-stop solution for movie streaming on your 4K TV, then Amazon's Fire TV Stick 4K is easily one of the best in the market. At Rs. 5,999 it's not that expensive and for this money, you can stream videos from a variety of local services. What's more, the new model supports a variety of HDR standards like Dolby Vision, HDR 10+, HLG, along with surround sound formats such as Dolby Atmos. You can even pair the bundled voice-activated remote to control other Alexa-powered smart-home devices in your house. Pretty neat, huh?

9. Acer Predator Thronos
The Predator Thronos was by far, the strangest and the coolest thing come out of IFA 2018. It's a steel structure that measures 1.5m tall, with dual-tone black and white or blue accents. The chair is adjustable, features vibration motors so you can feel the impact in games, has a footrest and a cabin that reclines up to 140 degrees. In the front, there are mounts for three 27-inch monitors, and space for a gaming PC. The Predator Thronos starts at a price of Rs. 11,99,999 and for this money, you get the chair along with a Predator Orion 9000 gaming PC, featuring an Intel Core-i9 CPU and a Nvidia GeForce GTX 1080Ti GPU and three 27-inch monitors. 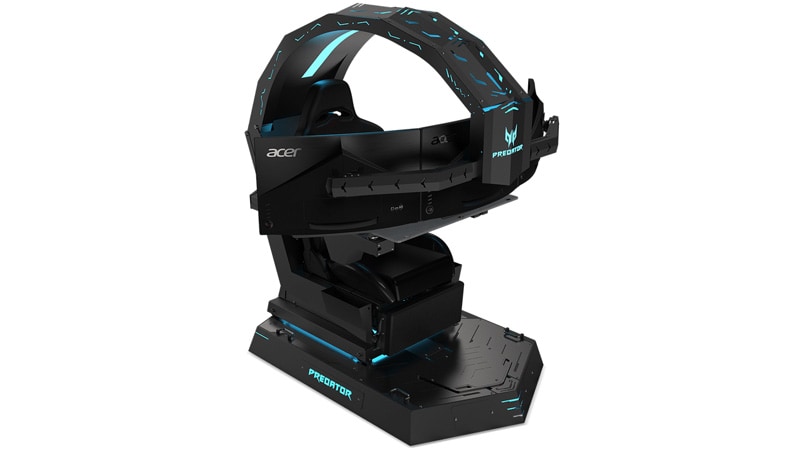 10. Emotix Miko 2 companion robot
Mumbai-based startup, Emotix, demoed the Miko — a companion robot for kids, at this year's CES. Last month, the company announced a second version dubbed the Miko 2, which is all set to go on sale in January 2019 for a price of Rs. 24,999. The Miko 2 has advanced parental controls, better microphones, a front camera, and improved “emotional intelligence”.

11 Fujifilm Instax Square SQ20
With most instant cameras, it's difficult to really get creative as you simply point, click and your picture is printed. However, hybrid instant cameras leaves more room for creativity as it also acts a regular point-and-shoot camera. Fujifilm's latest Instax Square SQ20 is a square-format camera with autofocus, in-built memory and 2.7-inch TFT LCD display for framing your shots. The new model builds on the SQ10 by adding features like digital zoom, new effects and the ability to save a frame from a video clip and print it. It's priced at roughly $200 (approximately Rs. 14,000).

12. Sony WH-1000XM3
Sony's flagship noise cancelling headphones for 2018 might not have the flashiest aesthetic, but they do sound very, very good. The WH-1000XM3 was announced during IFA 2018 and boasts of a more comfortable and lightweight design, USB Type-C for charging, and new QN1 chip which Sony claims, deliver four times the noise cancellation performance compared to the WH-1000XM2. 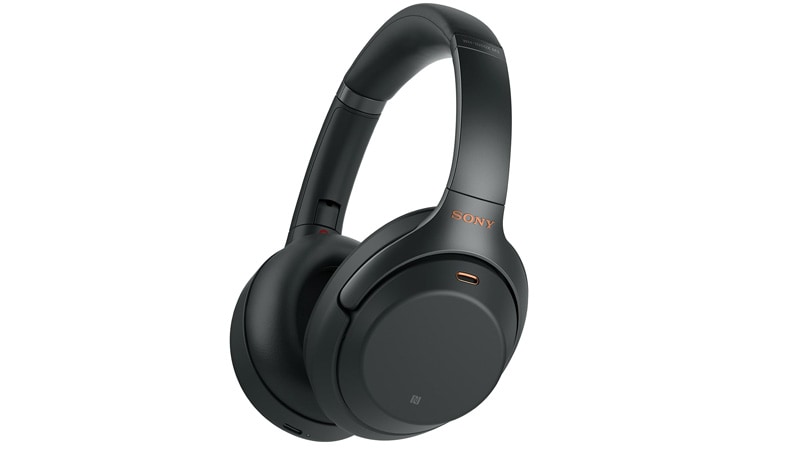 While we can't test this latter claim for sure, our experience with it has been nothing short of excellent, which you can read about here in our full review. This is priced at Rs. 29,990.

13. Apple iPad Pro (2018)
Apple's 2018 refresh of the iPad Pro is certainly a beast of a tablet, which earns it a spot in this list. You can easily empty your bank balance if you go for the fully spec'd out model and this is before we get to the accessories, some of which you'll want to make the best use of all this power. The thinner bezels all around the tablet is something that will grab your attention and Face ID on this model, works in any orientation, which is pretty awesome. Prices start at Rs. 71,900 for the Wi-Fi model and Rs. 89,900 for the Wi-Fi plus cellular model.

14. Samsung ‘The Wall' MicroLED television
‘The Wall' was the biggest crowd puller at Samsung's booth during CES 2018, and for good reason. Touted as the "world's first modular" television, this 146-inch TV uses self-emitting MicroLEDs which deliver a wide range of colours, brightness and deep black levels which are said to be as good as premium level QLED TVs. The coolest part though is that the screen is modular which means it can transform into any size of your choosing. Samsung is pitching it as the next chapter of digital signage.

15. Super Nt retro gaming console
In an era of digital downloads and streaming the Analogue Super Nt stands out for its adherence to closely mimicking retro game tech with the necessary modern touches. The plastic case houses internals designed to run Super Nintendo Entertainment System (SNES) and Super Famicom (SFC) games in their original 240p video upto a full 1080p, making it the best way to play classic SNES games if you own or have access to SNES cartridges or flash carts which it supports officially as well. 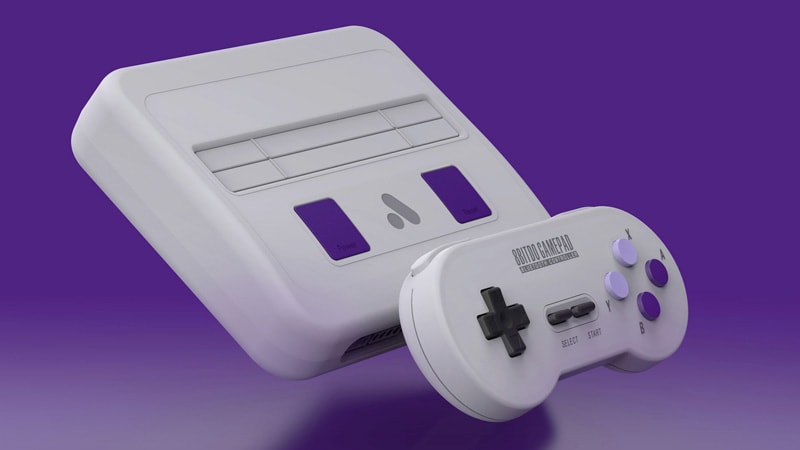 Sure, there are cheaper options like Nintendo's own SNES Mini but if you're serious about playing classics from simpler times the way they were meant to be played i.e. on modern TVs with close to pixel perfect clarity, there's no better way to do it if you're a SNES fan.

These were our top picks for the coolest gadgets of 2018. Which one is yours? Let us know your thoughts via the comments.