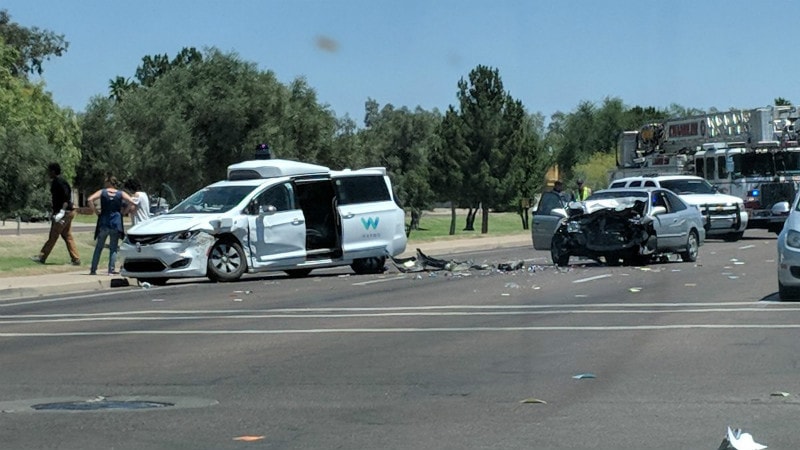 Police in a Phoenix suburb are investigating a collision involving a self-driving vehicle owned by Waymo.

Police say the vehicle was in autonomous mode, but there was an occupant in the driver's seat who suffered minor injuries.

The company says in a statement that its mission is to make roads safer. It released a video of the moments before the collision.

The safety of self-driving technology has come under recent scrutiny.

A pedestrian in the Phoenix suburb of Tempe died in March after she was struck by a self-driving Uber vehicle. It was the first death involving a fully autonomous vehicle.