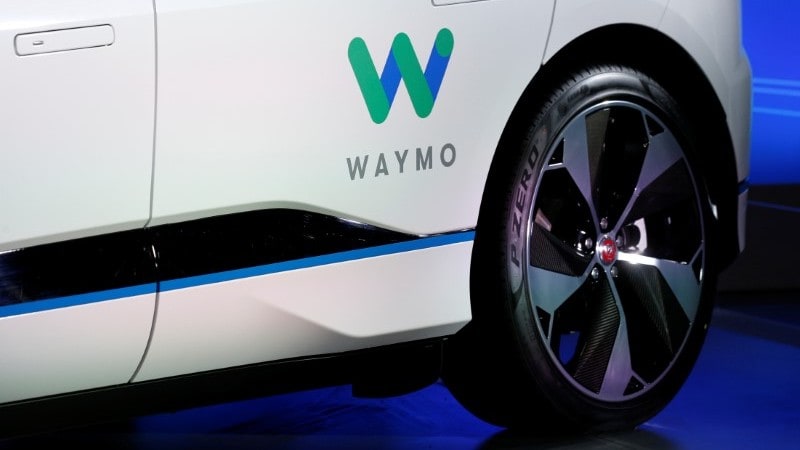 A Waymo backup driver seized control of a self-driving minivan in Mountain View last month to avoid an encroaching car, then quickly steered to the right and collided with a motorcyclist, according to a safety disclosure report required by California.

The motorcyclist was hospitalised, and Waymo said, "we're sorry that a member of the community was injured in a collision with one of our cars."

The company said in a blog post that a simulation of the circumstances of the October 19 crash found that its self-driving system, left to its own devices, would have handled the situation by slowing down and "nudging slightly in our own lane, avoiding a collision."

Waymo and other leading developers of driverless technologies argue that they must test on public roads to strengthen their systems using real-world experiences, which they say will sharply improve road safety in the long run. A self-driving Uber SUV killed a pedestrian crossing outside a crosswalk in Tempe, Arizona, in March, leading some consumer advocates to call for a ban on testing on public roads until capabilities improve and safety standards are in place.

California requires that collision reports be submitted to the state's Department of Motor Vehicles, which makes them available to the public. There is no such nationwide reporting requirement, and the circumstances of collisions in many other states with such testing remain unknown.

In the October crash, Waymo said its minivan was travelling in self-driving mode on El Camino Real, a broad thoroughfare, when a passenger vehicle to its left tried to avoid a box truck blocking two lanes up ahead. The passenger car began cutting into the minivan's lane, according to the collision report.

The safety driver took the wheel of the Waymo minivan, and quickly drove the vehicle into the right lane, according to the company.

"Unfortunately, our driver did not see that a motorcyclist had just moved from behind our vehicle into the right lane to pass us," Waymo said.

The disclosure report said the Waymo minivan had been travelling autonomously at 21 miles per hour before its driver took control. The motorcyclist was travelling at 28 miles per hour, according to the report.

The right rear and side of the minivan sustained minor damage, Waymo said. The extent of the driver's injuries is unknown. A police spokesman did not immediately provide additional details.

"People are often called upon to make split-second decisions with insufficient context. In this case, our test driver reacted quickly to avoid what he thought would be a collision, but his response contributed to another," Waymo said.

The company said its backup drivers receive rigorous training on defencive driving and how to handle fast-moving scenarios. But its technology sees "360 degrees in every direction, at all times," and that such "vigilant monitoring" of the surroundings informs "driving decisions and can lead to safer outcomes."

It is not known how a person might have reacted differently if they had actually been driving the minivan the entire time, rather than grabbing control at a moment of impending danger when reactions might be expected to be heightened.

It's also unclear how Waymo's self-driving system interpreted the potential risk of the box truck blocking lanes ahead, the obstruction that caused the driver of the passenger car to veer toward Waymo's minivan.

"While our test driver's focus was on the car ahead, our self-driving system was simultaneously tracking the position, direction and speed of every object around it," Waymo said. "Crucially, our technology correctly anticipated and predicted the future behaviour of both the merging vehicle and the motorcyclist."