Volvo Shows Off Self-Driving, Electric Truck With No Cab 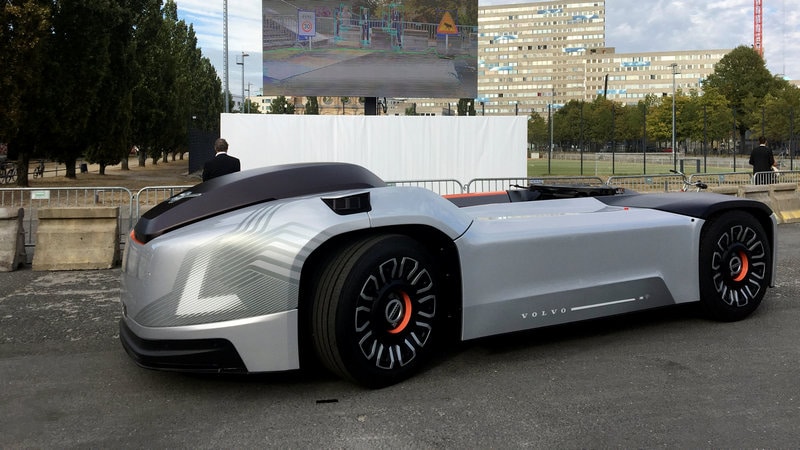 Sweden's Volvo, the world's second-biggest truck maker, presented a new self-driving electric truck on Wednesday, which it said should help respond to the boom in e-commerce and a shortage of freight drivers.

Volvo said the truck, which does not have a driver's cab, was still under development and declined to say when it would be available commercially. It expects the vehicle to be deployed first in places like ports and large logistics centres.

"We believe there will be a driver behind the steering wheel for the foreseeable future, but we will pretty soon see self-drive commercial vehicles in confined areas," Lars Stenqvist, Volvo chief technology officer, told a conference in Berlin.

Trucking is viewed by transport experts as a natural application for self-driving technology because of the relative predictability of highways compared with busy city streets.

The cabless truck - which Volvo calls Vera and can pull loads weighing up to 32 tonnes - can be attached to any standard trailer, Michael Karlsson, head of autonomous solutions at Volvo Trucks, said after the vehicle was unveiled.

"Vera means faith and we have faith in the future," Karlsson said, adding the vehicle has a lower operating speed than a normal truck for safety reasons.

Guests at the presentation were made to stand behind a barrier as the truck drove out unaided from a tent and were only allowed to approach when it came to a stop.

The 1.4-million member International Brotherhood of Teamsters union is campaigning against new U.S. rules to speed the deployment of self-driving trucks, warning they could mean the loss of hundreds of thousands of jobs and hit road safety.

However, trucking firms in many countries are finding it harder to attract and retain drivers amid tight labour markets.

Karlsson said the truck would allow places like ports that are currently dependent on daytime working hours to run round-the-clock, optimising the flows of goods and potentially cutting down on stockpiles and increasing productivity.

He expects autonomous technology to increase the need for skilled drivers, while cutting down on the need for people to perform repetitive tasks.

New technologies which have been disrupting the traditional auto industry are also affecting the truck and heavy equipment industry, as electric carmaker Tesla is expanding into electric trucks, announcing last year it planned to start producing a heavy-duty model by 2019.

However, ride hailing firm Uber said in July it would stop developing self-driving trucks, seeking to focus its autonomous-vehicle technology solely on cars.

Volvo, whose largest shareholder is China's Geely Holding, and truck industry rivals such as Germany's Daimler and Volkswagen have been benefiting from robust demand in all major commercial vehicles markets.