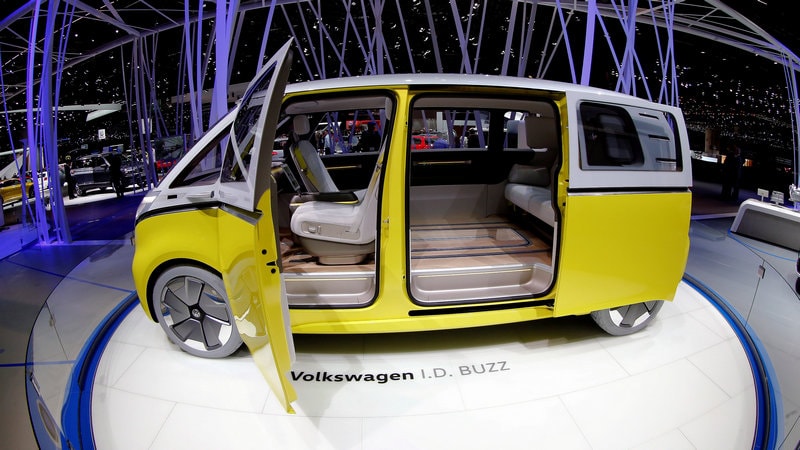 Volkswagen is looking at Apple products for guidance on how to style its new generation of electric cars, its top designer said, as the automaker aims to turn profits on battery-powered vehicles when they launch in 2020.

The US tech giant has brought about a design aesthetic with its iPhone and iPad that set it apart from rivals such as Samsung Electronics and Sony Corp and helped make it the most valuable company in the world.

For Europe's biggest automaker, adopting simplicity as the guiding principle for future styling of electric vehicles (EVs) marks a departure from the era before its 2015 "dieselgate" emissions scandal, when vehicle design conveyed the German group's engineering prowess and technological ambitions.

"We are currently redefining the Volkswagen values for the age of electrification," Klaus Bischoff, head of VW brand design, said in an interview. "What's at stake is to be as significant, purist and clear as possible and also to visualize a completely new architecture."

With regulators slashing emissions on a fast timetable, dieselgate has also energised the costly shift to EVs that is necessary to compete in China, VW's largest market, and to avoid future fines in Europe.

Previously a laggard on electrification, VW has pledged EUR 34 billion ($42.45 billion or roughly Rs. 2.71 lakh crores) of investment in EVs, self-driving technology and digital mobility businesses across the group by 2022.

The core namesake brand alone will spend EUR 6 billion on a new modular platform dubbed MEB designed to underpin over 20 purely battery-powered models such as the I.D. hatchback, I.D. Crozz crossover and the I.D. Buzz microbus.

Bischoff said VW will use the Geneva auto show on March 5-7 to give early guidance on what the post-I.D. generation of EVs might look like, but declined to elaborate.

Bischoff belongs to VW's old guard, having worked a quarter of a century in VW's design operations and the past decade as head of the core brand's design.

He became famous through a video shot at the 2011 Frankfurt auto show that has since drawn over 2 million hits on YouTube.

It showed Bischoff being yelled at by former CEO Martin Winterkorn, who was inspecting a model by South Korean rival Hyundai and had discovered something that had displeased him.

"In the past everything was very centralised, very narrow boundaries were set on the road of success," Bischoff said. "Today is the most exciting time of my career because I'm allowed to do things that didn't use to exist that way.