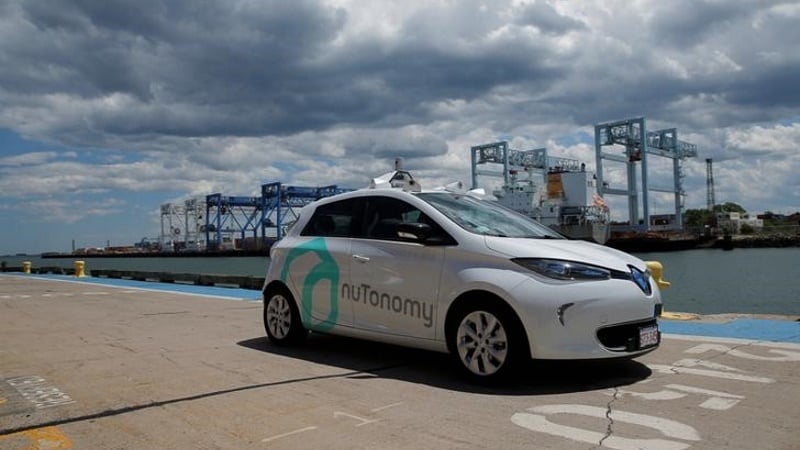 The US House on Wednesday unanimously approved a sweeping proposal to speed the deployment of self-driving cars without human controls by putting federal regulators in the driver's seat and barring states from blocking autonomous vehicles.

The House measure, the first significant federal legislation aimed at speeding self-driving cars to market, would allow automakers to obtain exemptions to deploy up to 25,000 vehicles without meeting existing auto safety standards in the first year. The cap would rise over three years to 100,000 vehicles annually.

Representative Doris Matsui said the bill "puts us on a path towards innovation which, up until recently, seemed unimaginable."

Automakers, business groups, and advocates for the blind praised the House measure. But one consumer group said the House bill did not do enough to ensure self-driving cars would be safe.

Under the bill, manufacturers seeking exemptions must demonstrate self-driving cars are at least as safe as existing vehicles. States could still set rules on registration, licensing, liability, insurance and safety inspections, but not performance standards.

Automakers would have to submit safety assessment reports to regulators, but the bill would not require pre-market approval of advanced vehicle technologies. The measure now goes to the Senate, where a bipartisan group of lawmakers has been working on similar legislation.

Automakers and technology companies, including General Motors Co and Alphabet Inc's self-driving unit Waymo, hope to begin deploying vehicles around 2020. They have been pushing for new federal rules making it easier to deploy self-driving technology, but some consumer groups have sought additional safeguards.

Current federal rules bar self-driving cars without human controls on US roads. States have issued a variety of different rules in the absence of clear federal guidance, and automakers have complained that California's rules are too restrictive.

US senators might circulate their draft legislation this week. One sticking point is how to handle commercial self-driving trucks, which are not included in the House measure. The Senate version may also soften the provisions preempting state rules.

Volkswagen AG and other automakers have been lobbying Congress to act, often bringing test vehicles to Capitol Hill so lawmakers can test out driverless cars.

Advocates hope self-driving cars can help reduce US road deaths, which rose 7.7 percent in 2015, the highest annual jump since 1966. The US National Highway Traffic Safety Administration said in a 2014 study that US traffic crashes cost society $836 billion (roughly Rs. 53,52,874 crores) a year in economic loss, with human error behind 94 percent of crashes.

"The autonomous vehicle bill just passed by the House leaves a wild west without adequate safety protections for consumers. It pre-empts any state safety standards, but there are none at the national level," the Consumer Watchdog group said in a statement.

The policy group Transportation for America said cities are worried the House "legislation will preempt local authorities from managing their own streets and fail to give local leaders the confidence that manufacturers and operators will be aware of and follow local laws and regulations."

On Tuesday, Reuters reported that US Transportation Secretary Elaine Chao will unveil revised self-driving guidelines next Tuesday in Ann Arbor, Michigan, citing sources, and the department confirmed plans to unveil the new guidelines next week. The House bill would require compliance with the guidelines.

GM said in a statement that "while more work is needed," the House measure is "good progress toward a law that will facilitate realization of the safety, mobility, and environmental benefits of self-driving vehicles."

The House bill would also require automakers to add a driver alert to check rear seating in an effort to prevent children from being left behind, and to consider performance standards for headlights.