This Startup's New Passenger Drone Is 'Like a Flight Simulator That You Can Ride In,' CEO Says 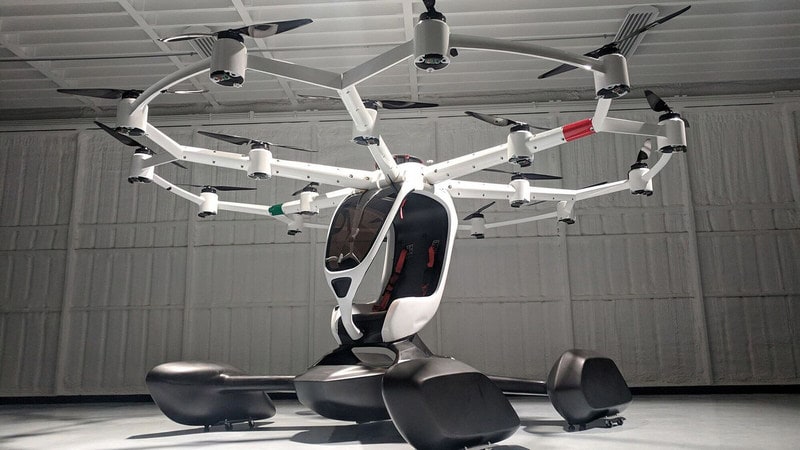 If Matt Chasen gets his way, there will be a time - in the not-so-distant future - when commuters are able to order an air taxi that whisks them across town in minutes, bypassing traffic-clogged streets below.

For now, however, the chief executive of LIFT Aircraft will have to use his start-up's electric-powered vertical-takeoff-and-landing aircraft, the Hexa, for something else: 15-minute flights across a lake outside Austin, Texas, for $249 (roughly Rs. 17,300) a pop.

Though the flights will target a recreational crowd, Chasen sees them as a steppingstone to a new form of convenient urban transportation.

"Today's regulatory environment does not allow for a transportation use of these aircraft - yet," said Chasen, a former Boeing engineer with a background in mechanical and aerospace engineering. "We'll build public trust in the technology. Once that happens, it's inevitable that people will want to use it for certain types of commuting flights."

It may take years, Chasen said, but the payoff could be immense, as the race to create autonomous flying vehicles begins, with companies such as Uber, Airbus and Volocopter already developing them.

Unlike with conventional aircraft, the Federal Aviation Administration does not require a pilot's license to operate a "powered ultralight" craft. The agency's rules require instead that ultralights operate during daylight hours in open areas and limit their use to sport and recreation.

To operate the Hexa, Chasen said, customers will undergo an orientation that includes watching safety videos and training in a virtual-reality simulator for up to an hour. A basic proficiency test will follow, then preflight checks with ground support.

The drone-like aircraft - which is controlled using a joystick in the cockpit and stabilized by a flight computer - weighs 432 pounds, seats one person, and has 18 sets of propellers, motors and batteries. Prospective pilots have to weigh less than 250 pounds. During flight, Chasen said, pilots can see safety information on an augmented-reality display inside the aircraft. In the event of an emergency, he said, flight controllers can take over the aircraft and fly it remotely like a drone. Chasen compared the flying experience to "a flight simulator that you can ride in."

The aircraft can travel just over 60 mph at top speed and includes air-cushioned floats, allowing it to land on water if necessary.

"Unlike traditional helicopters, you don't need great skill to fly the Hexa," he said. "If you completely let go of the joystick, the aircraft just hovers in GPS position hold. It's programmed so that if battery levels get down to a certain level, the aircraft will automatically return to the launch site."

LIFT hopes to begin offering flights over a popular lake outside Austin next year. The company announced last week that it is also considering 25 cities across the country for other "aircraft hubs," which would be located near tourist destinations and entertainment areas. Though the cities have yet to be named, the company is already accepting reservations.

"I could envision a Lift location right from a pier on the Seattle waterfront," Chasen told GeekWire.

Chasen said he doesn't think the FAA will certify vertical-takeoff-and-landing aircraft for commercial transportation until they're proved safe. Once that happens, he said, a new wave of alternative transportation is likely to quickly emerge.

In five to 10 years, he predicts, aircraft like the Hexa will play a very different role in urban environments, becoming an "alternative to driving" for certain types of trips.

"I think we will be one option among many if it's rush hour, and you can fly for 10 minutes as opposed to driving for 90 minutes," Chasen said. "It think it'll be a niche thing to start out, but at some point, it won't be surprising to see aircraft taking off from rooftops in cities on a regular basis."