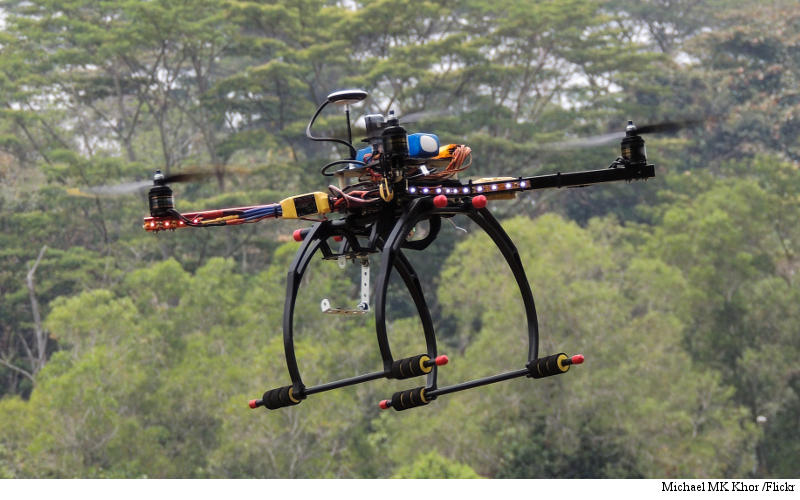 Pune-based NavStik Autonomous Systems will be launching its Flyt platform, which bundles an operating system and the electronics for commercial drone makers in December.

The Flyt platform, which consists of FlyOS and the FlytPOD, was showcased at the Nasscom Product Conclave a couple of weeks ago in Bengaluru. Nitin Gupta, the CEO of Navstik Labs, told Gadgets 360 that the FlytPOD's price has not been decided, but is going to be under $1,000 (roughly Rs. 64,000).

Navstik Labs does not build or operate drones. It provides the operating system and electronics for the platform, and helps other drone makers with their business use cases, Gupta said.

"We are planning to do a beta release where we will work with select customers who are already using our first generation platform. We'll conduct a lot of experiments with these customers and take it to a public release," he said, adding that his team had been working on the platform actively for the last ten months.

The startup envisages a future where all drones will be running their open operating system - FlytOS, much like Android in smartphones.

"Developers don't have to worry about the internal details, how it will fly, or how it will avoid collision, or send data to the cloud. All those things are built into the software stack, and they just have to write their applications on top of it," Gupta said.

The company is now launching the second generation platform, which their calling the Internet of drones, which offers a lot more capabilities to drone makers. "Much like IoT (Internet of Things) devices, we're putting drones in the same space, where you will be able to talk to your drones, get data from them, control them over the internet," Gupta said. "There could be multiple systems doing the job for you, and you can control the entire swarm through your mobile phone or tablet," he said.

Compared to commercially available solutions like the DJI Phantom, which are for individual or hobby use, or basic professional use, the FlytPOD system has long-range telemetry systems, and is more suited for business applications, and can be used to build larger drones, Gupta said. 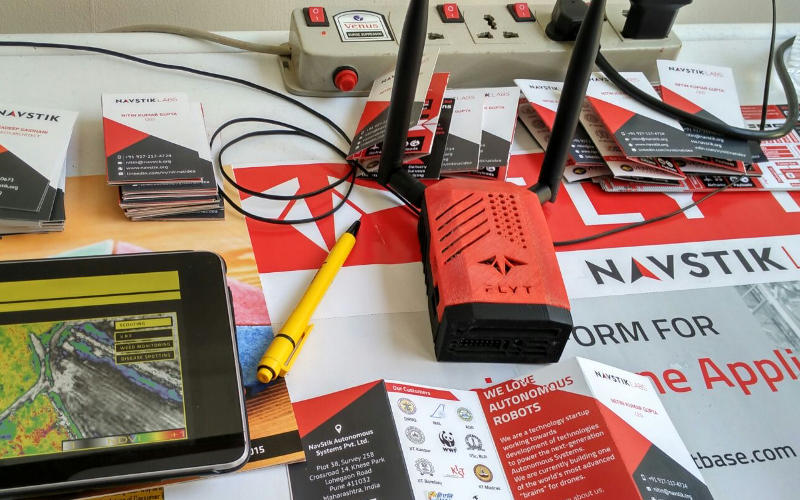 "FlytPOD has an octa-core 2GHz processor, and which is quite good for onboard image processing tasks. We are agnostic to the kind of aeroplane you are using - it could be battery operated, engine operated, a fixed wing or a quad rotor, our technology is agnostic to all that. Through software, you can configure our hardware and software for any drone," He said.

Navstik Autonomous Systems currently has defence and research labs based customers like DRDO, HAL, and NAL, and educational institutes, Gupta said, with international customers in US, Brazil, and Korea, Netherlands, who are using its platform built two years ago. The startup sees many potential applications for drone platform in agriculture, surveillance, photography, disaster management, delivery, and policing.

"The way our buildings are constructed will change in the next five years or so. Much like Helipads, there will be spots where drones can come and deliver your payloads," he said.

Founded in 2013, Navstik raised seed funding from a Pune-based incubator in January this year, and is in active talks with investors about raising a Series A, Gupta said.