The Zano Drone Might Be The Next Evolution of Selfies 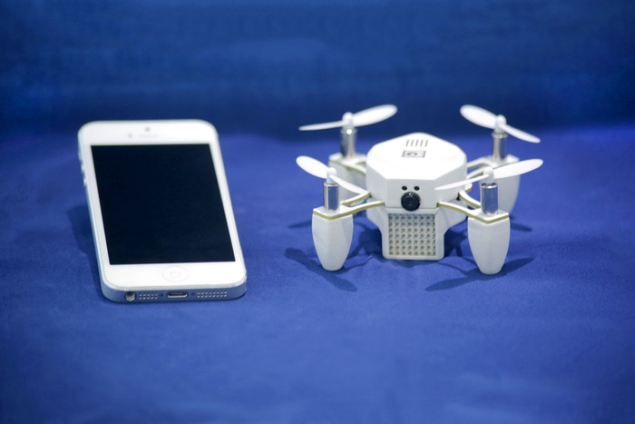 In our weekly look we try and find the best new projects from the world of crowdfunding, looking for interesting projects to back on sites like Kickstarter and Indiegogo. This is because some of the most exciting new devices, such as the Oculus Rift virtual reality headset or the Pebble smartwatch, got their start thanks to crowdfunding, instead of being made by huge corporations.

Of course, not everything worth backing needs to be a gamechanger - some can be simple, quirky fun as well. And when backing a crowdfunded project, it's important to remember that there can often be a lot of issues that can lead to delays, changes in the product, or even complete failures - there are risks involved with crowdfunding that you need to be aware of.

Last week, the Jolla tablet crowdfunding campaign on Indiegogo came in late but gained a lot of attention, but this week, there are some interesting products as well, including a connected 3D printer, a polaroid film printer for your smartphone and a connected analogue watch.

But our pick is the Zano - an autonomous drone that's small enough to fit in your hand, and is equipped with a camera for aerial photography.

The Zano connects to your smartphone using Wi-Fi and can be controlled using virtual joysticks or just by tilting your phone or tablet. You can lock it into position to take pictures, and if you tap the Follow Me button, then the Zano will try and maintain its relative position to your smart device - while also automatically trying to navigate around obstacles in its path. This will also work when you're flying the Zano, making it much easier to use than some of the quadcopters we've piloted. You can also trigger the camera from your phone - have it follow you around, and take a selfie without your hand in the frame if you like.

According to the creators, the Zano can fly for 10-15 minutes with pathfinding activated, and comes with a removable battery so you can keep multiple batteries handy and extend the flight time.

The video below fully explains how it will work:

To see more projects from the world of crowdfunding, click here.