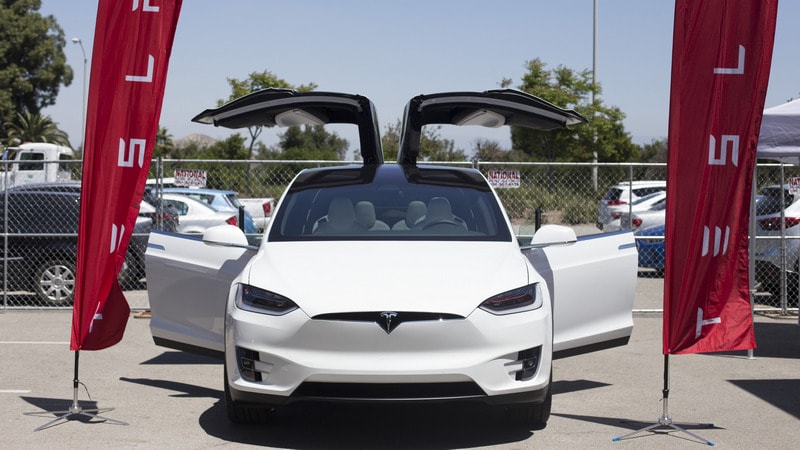 For much of the past year, Tesla's Model 3 has been the darling of auto reviewers everywhere, with some comparing the mass market sedan to the iPhone and labelling it one of the greatest tech products ever created.

This week, Tesla's string of good reviews came to a halt when Consumer Reports - a publication devoted to authoritative product testing - handed the Model 3 a crushing review.

"Our testers also found flaws - big flaws - such as long stopping distances in our emergency braking test and difficult-to-use controls," the publication said.

"These problems keep the Model 3 from earning a Consumer Reports recommendation."

The negative review arrives amid a blitz of negative Tesla headlines. Those headlines have raised questions about Chief Executive Elon Musk's behaviour during a recent earnings call and the slow pace of Model 3 production, as well as several investigations into the performance of Tesla vehicles.

The National Highway Traffic Safety Administration launched an investigation last week into a crash involving a Tesla Model S that was reportedly in autopilot mode when the accident occurred, according to the agency. That crash is the third accident in recent months that has occurred when a Tesla was in the semi-autonomous driving mode.

Consumer Reports's review doesn't mention any issues with the vehicle's semiautonomous driving technology, but it does claim the Model 3's stopping distance at 60 mph - approximately 152 feet - is "far worse" than any recent model they've tested and "about seven feet longer than the stopping distance of a Ford F-150 full-sized pickup."

To perform the test, the publication's testers slam on the vehicle's brakes when the car is travelling 60 mph and measure the distance the vehicle travels until it comes to a stop. The test is repeated multiple times with multiple cars, the publication claims, and the brakes are cooled between tests to ensure they don't overheat.

"Tesla's own testing has found braking distances with an average of 133 feet when conducting the 60-0 mph stops using the 18" Michelin all season tire and as low as 126 feet with all tires currently available," Tesla said. "Stopping distance results are affected by variables such as road surface, weather conditions, tire temperature, brake conditioning, outside temperature, and past driving behavior that may have affected the brake system."

"Unlike other vehicles, Tesla is uniquely positioned to address more corner cases over time through over-the-air software updates, and it continually does so to improve factors such as stopping distance," Tesla added.

Consumer Reports was also sharply critical of an element of the Model 3's cabin that has previously received rave reviews: its controls. Those controls are embedded in the vehicle's touch-screen, which many reviewers have lauded for its sleek design and convenience. Consumer Reports, meanwhile, argued that the screen makes it more difficult for riders to accomplish "simple tasks," such as adjusting the air conditioning and the car's mirrors.

"These types of complex interactions with a touch screen can cause driver distraction because each act forces drivers to take their eyes off the road and a hand off the steering wheel," Consumer Reports states.

The publication's review wasn't all bad, however. Consumer Reports labels the Model 3 an "impressive performance sedan" and notes that the car went from zero-to-60 mph in 5.3 seconds and offers drivers handling that is "reminiscent of a Porsche 917 Boxster."

"In fact," the publication adds, "our testers found the Model 3 thrilling to drive."