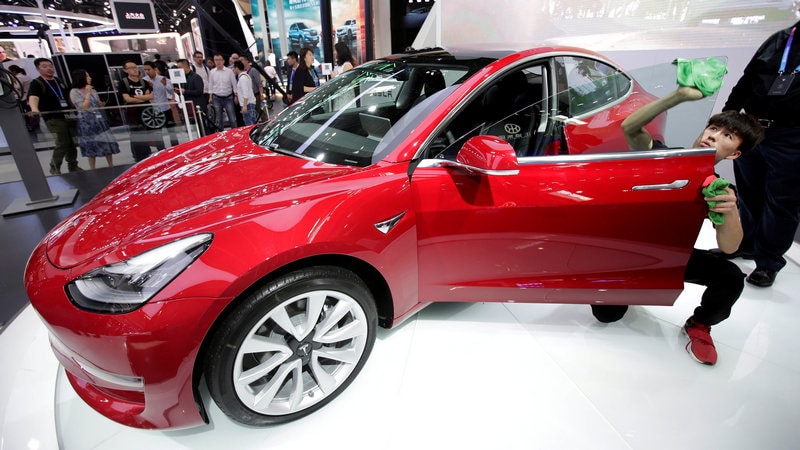 Tesla Chief Executive Officer Elon Musk said on Thursday that Model 3s ordered in the United States by the end of this month will be delivered by December 31, as the electric carmaker tries to take advantage of tax breaks.

"Tesla just acquired trucking capacity to ensure Model 3 can be delivered in US by Dec 31 if ordered by Nov 30," Musk tweeted.

"Skipping rail saves over a month for East Coast deliveries. All things considered, it's better to use trucks. Single load/unload & direct to owner location."

Tesla did not immediately respond to a request for more details about the acquisition.

"I think it's a good move. We need a little more detail to know what kind of capacity this brings, but having those trucks on the road will help with order momentum," Roth Capital Partners analyst Craig Irwin said.

Tesla had earlier said that orders placed by October 15 will be delivered by the end of the year.

The electric carmaker has until the end of the year to hand out tax credits of $7,500 (roughly Rs. 5.39 lakhs) to customers.

The credits are available for six months after an automaker hits 200,000 delivery mark, which Tesla hit in July. The incentives then reduce by 50 percent every six months until it phases out.

Tesla has promised a profit for its fourth quarter. The company said it booked $189.5 million in automotive regulatory credits in its third quarter, which contributed to nearly half of the profit.