Tesla Model S handles are supposed to pop out when key fob is detected. 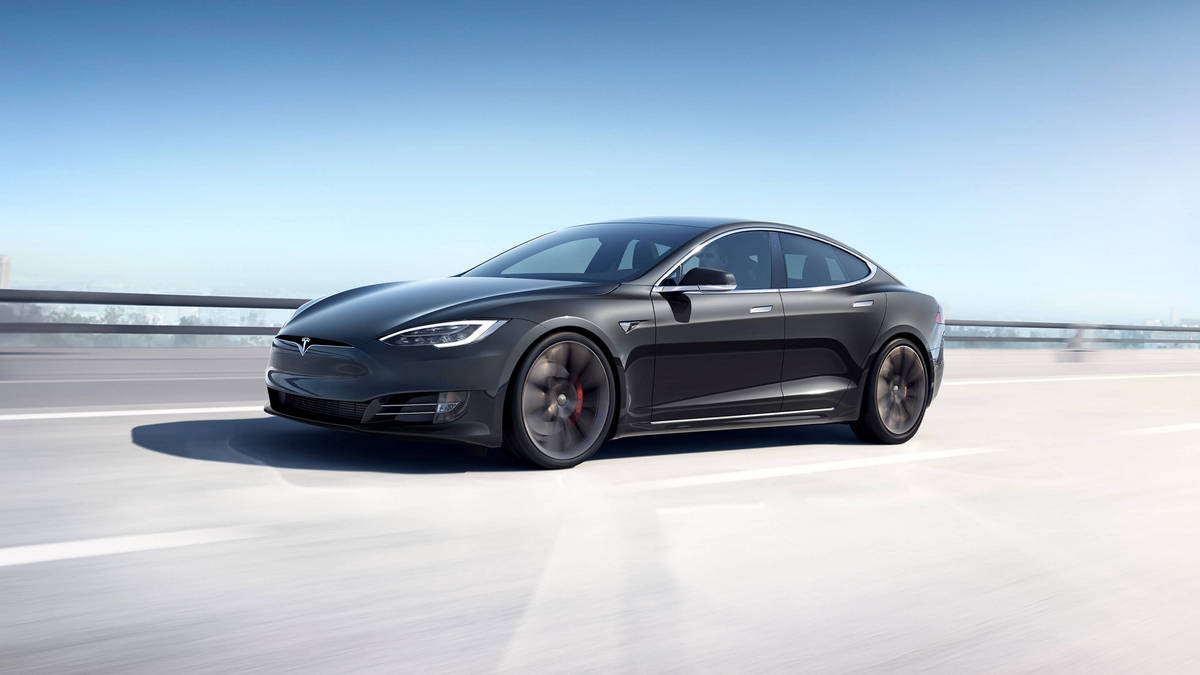 Omar Awan was driving his dream car when he lost control. The sleek, blue Model S Tesla careened across a road in South Florida and slammed into a palm tree. But it wasn't the crash that killed him, his family's lawyers said - it was the car's futuristic design features. The last moments of Awan's life were gruesome and excruciating. After the crash, the Tesla's lithium ion battery caught fire. Smoke - and then flames - filled the car, suffocating Awan and burning him from his feet up. Outside, a crowd gathered, but couldn't help.

That's because the car's retractable door handles, which are supposed to "auto-present" when they detect a key fob nearby, malfunctioned and first responders weren't able to open the doors and save Awan, alleges a wrongful-death lawsuit.

"The fire engulfed the car and burned Dr. Awan beyond recognition - all because the Model S has inaccessible door handles, no other way to open the doors, and an unreasonably dangerous fire risk," the complaint reads.

"These Model S defects and others," the suit says, "rendered it a death trap."

Tesla, maker of electric vehicles, has also claimed that the Model S once achieved "the best safety rating of any car tested." So Awan, who could have afforded a Mercedes or another luxury vehicle, went with the 2016 Tesla. And it killed him, Grossman said.

"These things, they just love to burn," he said. "The car is so overengineered. It's so techy, it makes you want to buy a Chevy pickup truck."

Tesla's public relations team did not respond to a request for comment on the lawsuit, filed in October, and the company's lawyers have yet to respond in court.

But shortly after the February crash, a Tesla spokeswoman told the Florida Sun-Sentinel that "We are deeply saddened by this accident" but that "Tesla vehicles are engineered to be the safest cars in the world and Tesla drivers have driven more than 10 billion miles to date."

Awan's death is one in a string of recent incidents that has been blamed on Tesla's innovative technology. A lawsuit stemming from a May 2018 crash that killed two teens also blamed a battery fire for at least one of the deaths (Grossman represents the car's third passenger, who survived the accident after being thrown from the vehicle).

In April, surveillance footage from a Shanghai parking garage showed smoke billowing from a Model S moments before the car burst into flames. The widely-shared video prompted Tesla to open an internal investigation.

"There are a number of these cases," Grossman said. "What the hell is going on?"

In Awan's case and in other crashes, the carmaker has argued that high-speed crashes can result in fires whether the car is powered by gasoline or batteries. But Awan survived the collision, and he could have escaped the smoke and fire, too, Grossman said - if only the police officer who arrived on scene could have opened the car's doors.

The lawsuit asserts that the features rendered the car "defective" and "dangerous" - the door handles compounding the problem of an "inherently unstable" battery.

"Tesla failed to warn users about the scope and extent of the defective and unreasonably dangerous conditions of the Model S," the complaint says.

The Broward County autopsy report, obtained by The Washington Post, lists Awan's cause of death as "inhalation of products of combustion with a contributory cause of death of thermal injuries."

The medical examiner who responded to the crash wrote that Awan "was not identifiable on scene." His clothes and hair were burned and a yellow metal ring was found on his left ring finger.

After the crash, and after firefighters extinguished the blaze, Awan's Tesla was transported to a tow yard. Once there, it reignited and burned again.