Tesla's shares recorded their worst single-day percentage drop ever and added to the broader sell-off in technology stocks. 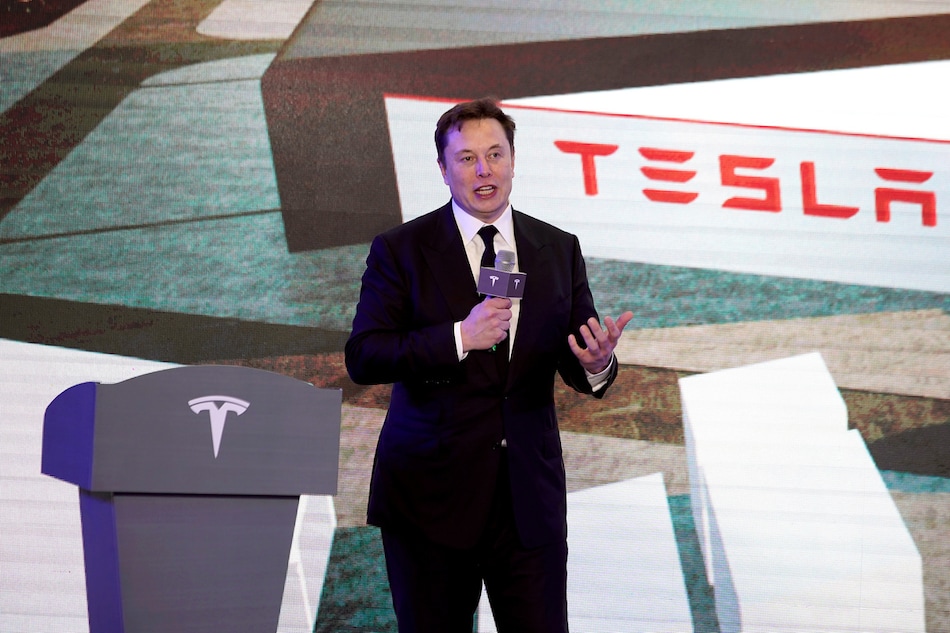 Tesla shed about $80 billion (roughly Rs. 5,88,680 crores) of its market value on Tuesday, an amount that overshadows the combined value of General Motors and Ford Motor, after its surprise exclusion from the S&P 500 index.

Tesla's shares recorded their worst single-day percentage drop ever and added to the broader sell-off in technology stocks, which have dominated Wall Street's recovery from the coronavirus-driven crash earlier this year.

The stock closed 21.06 perent lower, while fellow electric automaker Nikola Corp jumped more than 40 percent after General Motors said it was acquiring an 11 percent stake in the company.

Wall Street analysts and investors widely expected Tesla to join the S&P 500 after the company posted its fourth consecutive profitable quarter in July, clearing a major hurdle for its potential inclusion in the benchmark stock index.

"On the one hand, the slide in the share price is due to its non-inclusion in the S&P 500, but on the other hand the slide is also a normalization of the company's valuation," Frank Schwope, an analyst at NORD/LB, said.

Tesla's inclusion in the S&P 500 index would have required a lot of funds to buy its shares. Credit Suisse analyst Dan Levy said the exclusion likely reflects the challenges in adding a company of Tesla's size to the index.

Bets against Tesla's stock have also increased slightly over the last month, according to financial analytics firm S3 Partners.

Tesla's recent stock rally has been driven by its blockbuster quarterly results and on bets it would be added to the S&P 500, which would trigger massive demand for its shares from index funds that track the benchmark.