Tesla Chief Executive Elon Musk said the Cybertruck will have a starting price of $39,900 and production is expected to begin in late 2021. 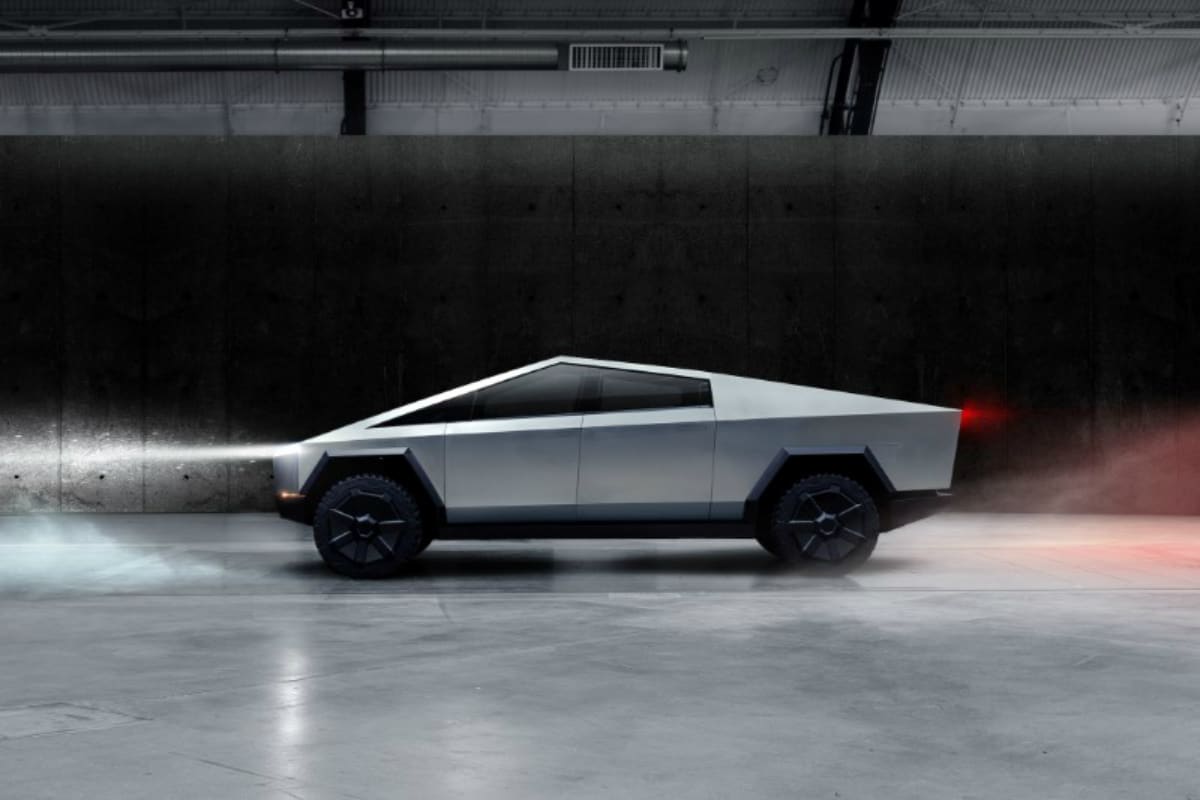 Tesla on Thursday unveiled its first electric pickup truck that looked like a futuristic angular armored vehicle in gunmetal gray, as the California company took aim at the heart of Detroit automakers' profits.

At a launch event in Los Angeles, Tesla Chief Executive Elon Musk said the Cybertruck will have a starting price of $39,900 and production is expected to begin in late 2021.

The truck, which Musk claimed "won't scratch and dent", was described as having windows made from armored glass. But the glass cracked like a spider web when hit with a metal ball during a demonstration. Musk appeared surprised but noted that the glass had not completely broken.

Reactions on Twitter ranged from love to hate of the sharply angled vehicle. "I just watched tesla release the #cybertruck and honestly? My life feels complete," wrote @aidan_tenud, while @nateallensnyde wrote "Its nice to see Elon Musk make a cardboard box car he drew in kindergarten,".

Musk earlier tweeted the design was partly influenced by the Lotus Esprit sportscar that doubled as a submarine in the 1970s 007 film "The Spy Who Loved Me".

The truck marks the first foray by Tesla, whose Model 3 sedan is the world's top-selling battery electric car, into pickup trucks, a market dominated by Ford Motor Co's F-150, along with models by General Motors Co, and Fiat Chrysler Automobiles NV.

The pickup shifts Tesla more toward trucks and SUVs. The automaker has so far sold mostly Model S and Model 3 sedans, but also offers the Model X SUV and starting next year the Model Y compact SUV.

A focus on the high-performance end of the market is only natural given the success of Ford's 450-horsepower F-150 Raptor truck, which launched in 2009 and whose sales have since risen annually, according to Ford spokesman Mike Levine.

While Ford does not disclose Raptor sales, Levine said annual demand is well above 19,000 vehicles and the No. 2 US automaker has never had to offer incentives on the model, which costs in the high $60,000 range. Ford also offers the more expensive F-150 Limited, its most powerful and luxurious pickup.

Ford and GM are also gearing up to challenge Tesla more directly with new offerings like the Ford Mustang Mach E electric SUV as well as electric pickups.

Electric pickups and SUVs could help Ford and GM generate the significant EV sales they will need to meet tougher emission standards and EV mandates in California and other states.

The Trump administration is moving to roll back those standards, but electric trucks are a hedge if California prevails.

Demand for full-size electric pickup trucks in the near term may not be huge, however.

Industry tracking firm IHS Markit estimates the electric truck segment - both full- and mid-sized models - will account for about 75,000 sales in 2026, compared with an expected 3 million light trucks overall. The Tesla truck is not part of that estimate.

Ford aims to sell an electric F-series in late 2021, sources familiar with the plans said. It also will offer the Mach E next year as part of its plan to invest $11.5 billion by 2022 to electrify its vehicles.

In April, Ford invested $500 million in startup Rivian, which plans to build its own electric pickup beginning in fall 2020.

GM plans to build a family of premium electric pickup trucks and SUVs, with the first pickup due to go on sale in the fall of 2021. It plans to invest $8 billion by 2023 to develop electric and self-driving vehicles.