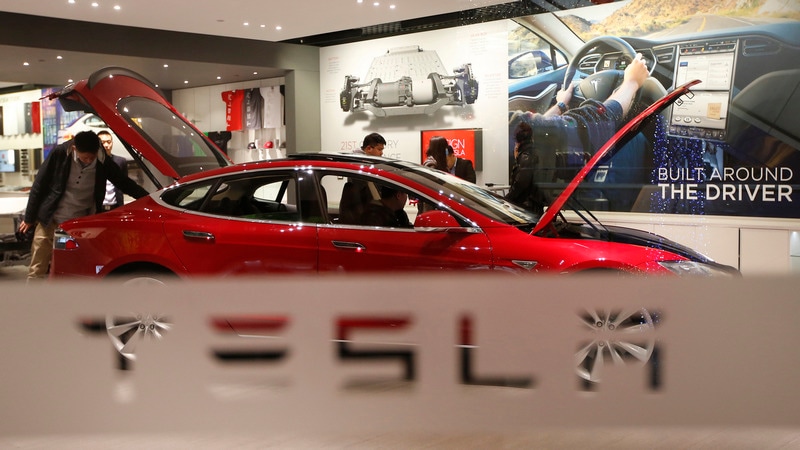 Tesla said on Tuesday that China's customs authorities have accepted the electric carmaker's plan to resolve problems with the clearance of its Model 3 sedans that centred around misprinting of labels.

Shares in Silicon Valley billionaire Elon Musk's company fell more than 5 percent in early trading after Chinese media reported Shanghai customs had suspended clearance for a batch of Tesla's cars. They were last down 1.3 percent at $281.73.

"We have already reached a resolution with Chinese customs, and we are working closely with them to resume clearance procedures on these vehicles," a Tesla spokesperson said in a statement.

"Sales of Model 3 in the country are not impacted, and we continue to deliver Model 3 vehicles that have already been processed."

Making inroads into China, the world's largest electric vehicle market, is crucial for the Tesla as it seeks to offset softening demand in the United States and convince investors of its ability to become consistently profitable.

"Selling into China has clear hurdles and this is a reminder of the pitfalls when betting on growth in the region," Wedbush Securities analyst Daniel Ives said.

Musk has played up the support Tesla is getting from Chinese authorities as the company invests in the country's first wholly foreign-owned car plant in Shanghai, due to come online later this year.

Until then, Tesla has to import US-made cars with substantial customs duties, putting it at a disadvantage against locally-made, government-subsidized electric vehicles from rivals such as Nio, Byton and XPeng Motors.

A total of 1,171 Model 3 sedans arrived at north China's Tianjin Port, after 84 such cars were imported via the port in February, China's state news agency Xinhua reported on Tuesday.

The first shipment of Model 3 cars arrived in Shanghai on Feb. 22, and deliveries started at the end of the month, according to media reports.

Tesla's Shanghai factory, made possible by raising funds from local banks at low interest rates, plans to start making Model 3s at the end of this year and eventually produce cars at a rate of 10,000 per week.

To cut costs and support its drive to generate profit, Tesla last week launched a $35,000 version of its Model 3 sedan and said its global sales would now be online-only.