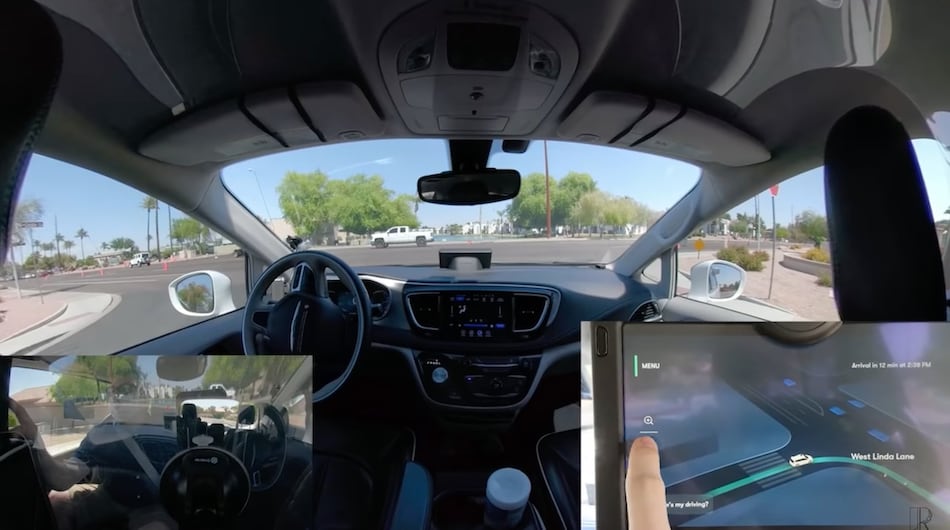 The Waymo car seemed to be confused and driving erratically

A new video has that shows a self-driving car getting stuck at an intersection in the US is going viral. Waymo, Google's self-driving car unit, sent technicians to extricate the car, but before the assistance arrived, the car decided to evade capture and takes off on its own, without a driver behind the wheel. It keeps on moving ahead erratically, as if confused, before coming to a halt a few metres ahead and blocking a three-lane road in the process.

The man inside the fully autonomous vehicle — Joel Johnson, a YouTuber who publishes videos under the handle JJRicks Studios — recorded the entire incident and posted it online. The video shows the car needing to make a right turn on a multi-lane main road, but making a blunder because the lane is closed off by a few orange safety cones. Finally, a member of the assistance crew was able to get into the vehicle and complete the ride safely.

A number of people have commented on Johnson's video, including a YouTube user, Ned Schniebly, who wrote an imaginary conversation between Johnson and Waymo assistance. The funny comment has been pinned at the top of the section by Johnson, and it suggests the car behaves weirdly because he was planning to record his travel.

“This is awesome, I've never seen a robot have an anxiety attack before,” said a person with the username “Shane of Canada”.

“I'm surprised rider support didn't tell the car to stay in place until roadside assistance got there,” wrote Uchendu Nwachuku.

Another user, lhamil64, said, “Very interesting situation. I feel like it shouldn't have tried to correct the situation once roadside assistance had been assigned. Seems silly that they can be right behind the car and it'll just decide to take off.”