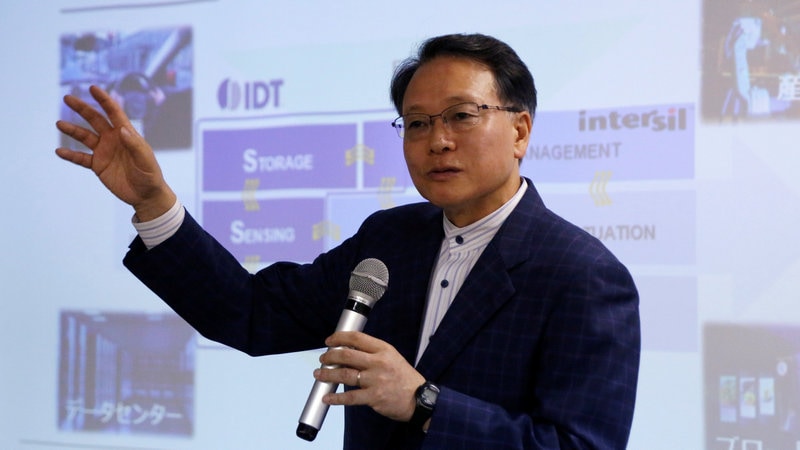 Japanese semiconductor firm Renesas on Tuesday announced a deal to buy California-based IDT in a cash deal valued at $6.7 billion.

Shares in Renesas spiked 5.54 percent on the news, before dropping back slightly in the late morning.

The deal is expected to be closed in the first half of next year, following approval by IDT shareholders and the relevant regulatory authorities, Renesas said in a statement.

Renesas said it planned to finance the deal using bank loans worth JPY 679 billion ($6.1 billion) as well as some cash reserves.

The Japanese firm said the deal with IDT, also a semiconductor manufacturer, should "strengthen its presence in the industrial and automotive segments."

Renesas Electronics, the world's biggest supplier of automotive microcontroller chips, was created through a merger of the chip units of Hitachi, Mitsubishi Electric and NEC.

The firm suffered from fierce competition from low-cost rivals and in 2013 was bailed out by a government-backed fund.

The loss-making company was forced into sweeping job cuts, including more than 1,000 in Europe but recovered after restructuring and embarked on an acquisition drive.