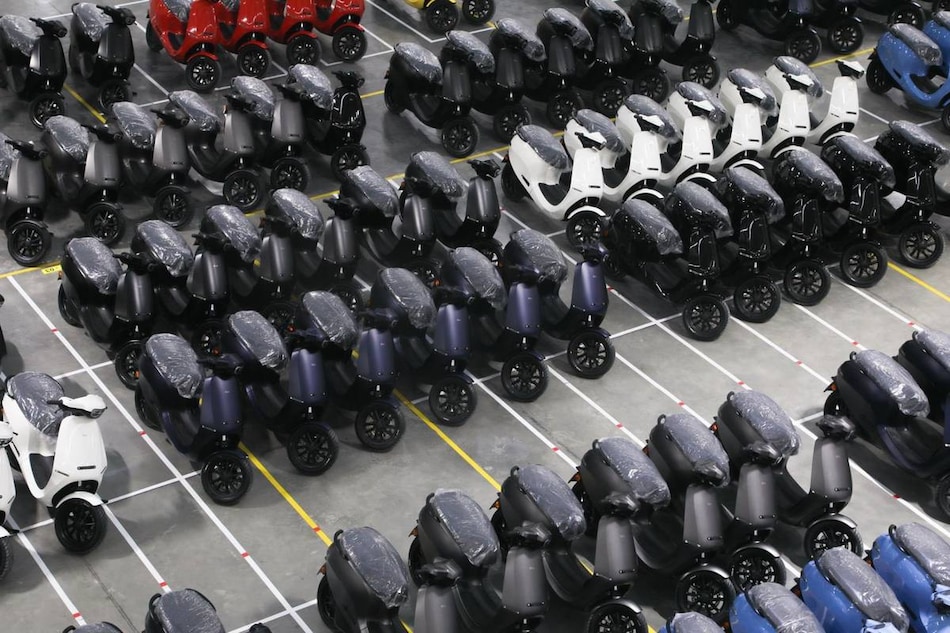 Ola S1 and Ola S1 Pro electric scooters are now set to begin deliveries from December 15, as per a tweet by CEO Bhavish Aggarwal over the weekend. The two scooters from the Indian ride aggregator service's new venture have seen multiple delays in delivery, ever since they were launched back in August with a tentative October delivery date. The vanilla Ola S1 is powered by a 2.98kWh battery while the Ola S1 Pro is powered by a 3.97kWh battery. Both electric two-wheelers from Ola make 8.5kW of peak power.

Ola CEO Bhavish Aggarwal tweeted on Saturday that the Ola S1 and Ola S1 Pro electric scooters' deliveries will begin from December 15. Aggarwal also shared a bunch of images that showed multiple Ola Electric two-wheelers parked in Ola's stock yard and ready for delivery. Ola had initially mentioned that the deliveries of the electric scooters would begin in October. Global chip shortages are said to be one of the main reasons behind the delays in deliveries.

Scooters are getting ready ???? Production ramped up and all geared to begin deliveries from 15th Dec. Thank you for your patience! pic.twitter.com/d2ydB3TXTm

Launched in August, the price for the two electric scooters from Ola start at Rs. 99,999 and Rs. 1,29,999 for the vanilla Ola S1 and Ola S1 Pro, respectively. However, these prices will differ depending on FAME II and state-wise subsidies. They went on sale from September.

The India-made electric two-wheelers from Ola are offered in two variants and both get 8.5kW of peak power. The vanilla Ola S1 gets a 2.98kWh battery with a claimed top speed of 90kmph and a range of 121km. It gets two riding modes — Normal and Sports — and is claimed to accelerate from a standstill to 40kmph 3.6 seconds.

On the other hand, the Ola S1 Pro gets a 3.97kWh battery via an "optional performance upgrade accessory" that gets a claimed top speed of 115kmph and a range of 181km. There are three riding modes — Normal, Sports, and Hyper — and can accelerate from 0-40kmph in 3 seconds.

Ola Electric doesn't get a physical key but rather uses the paired smartphone as a proximity key. Essentially, when the said phone is close by, the electric two-wheeler will automatically lock or unlock. The two wheelers also sport a 7-inch touchscreen that gets multiple microphones, AI speech recognition algorithms, and runs MoveOS — developed by Ola Electric. There are 110/70 R12 tyres on both corners with a rear mono-shock suspension and a front single fork suspension.