Nvidia and Audi had a big announcement to make at CES 2017 - their decade-long partnership would bear fruits in 2020, when they plan to put advanced AI cars on the road. Nvidia founder and CEO Jen-Hsun Huang during his keynote address on Wednesday said the cars would would have Level 4 autonomy, implying complete AI control except in the most dire conditions.

Huang also showed off the Nvidia's new supercomputer that will soon power the company's 'Drive PX' AI platform - Xavier. First unveiled in September last year, the chip will be available to automakers and suppliers in Q4 2017. The Xavier SoC is built on the Volta GPU architecture, and sports an 8-core CPU, a 512-core GPU, and a computer vision accelerator. 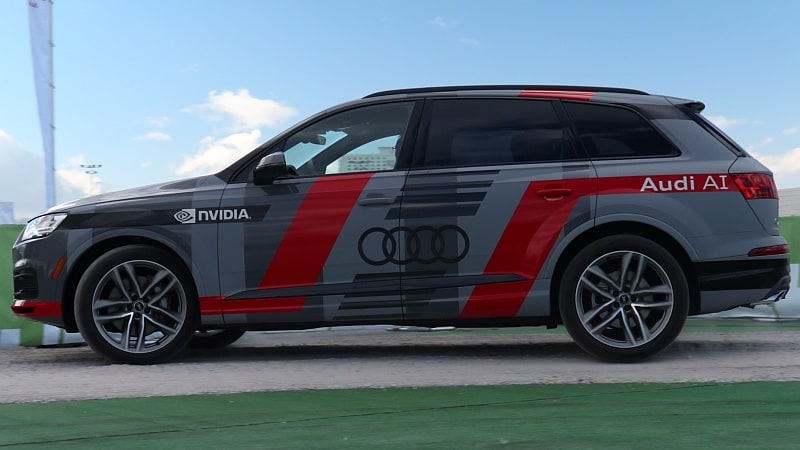 Nvidia has been working on self-driving cars for a while, and announced its Tegra-powered Drive PX platform back at CES 2015. Since then, the newer Drive PX 2 platform has been put to good use by other companies, including Tesla. At CES 2017, the company had a Audi Q7 (seen above) demo in the parking lot, showing off a piloted driving concept where attendees would be driven around in the self-driving car. It also showed off a Lincoln called BB8 on video that drove its occupant to Starbucks when asked, traversing a complex route.

The two cars are using the Drive PX 2 platform, built on Nvidia's DriveWorks software and a deep neural network called PilotNet to recognise and understand the vehicle's changing environment while driving safely. The company says the self-driving AI is also a self-learning AI, using deep learning techniques to learn how to drive by observing the human driver and on-road conditions.

Huang also revealed Nvidia's AI Co-Pilot concept, which uses the car's external cameras and radar sensors to inform you about any sudden movements occurring on the road. Internal cameras are used to monitor your facial expressions, with the AI determining moods or distractions, while also lip-reading in case it can't hear what the driver says. The Co-Pilot can even figure out tricky situations such as you having to navigate back after driving past your destination. 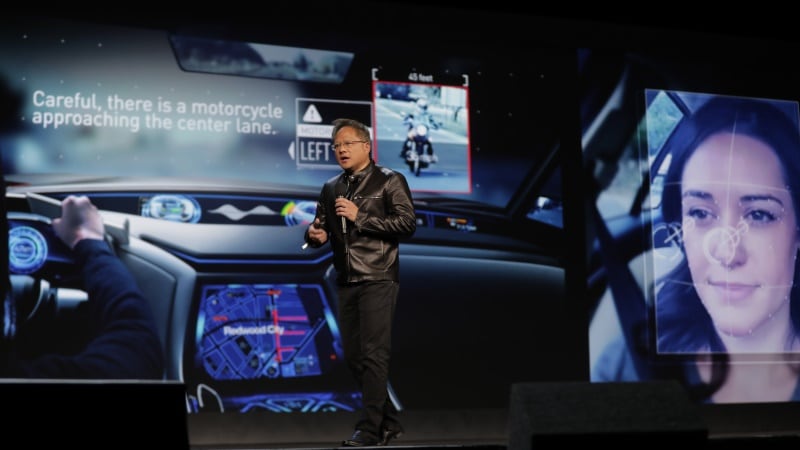 "Nvidia is pioneering the use of deep learning AI to revolutionize transportation," said Huang in the company's keynote event at CES 2017. He further added, "Audi's adoption of our Drive computing platform for AI cars will accelerate the introduction of next-generation autonomous vehicles, moving us closer to a future of higher driving safety and new mobility services."

The company is planning to hasten up the process to bring the self-driving technology to its partner car manufacturer company as soon as 2020. As we mentioned, the company is looking far to make the Audi cars 'fully autonomous' with Level 4 autonomy by the specified time, earlier than what most other manufacturers envisage - though some are a bit more ambitious.

Talking about the prospect of machine learning and AI, Audi of America President Scott Keogh said, "Audi drivers know the pinnacle of performance and technology. In our mutual pursuit for safer roads, the partnership between Audi and Nvidia will expand to deep learning and artificial intelligence to bring higher automation onto the road more quickly."