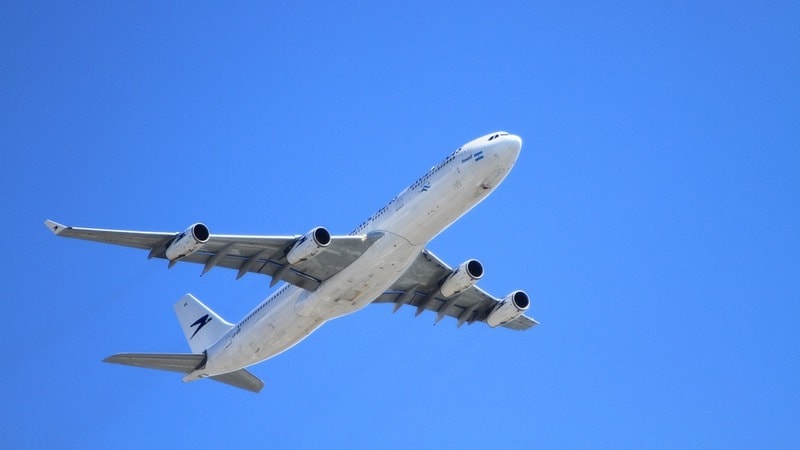 Grupo Aeromexico is investigating whether a drone slammed into a Boeing 737 jetliner as the aircraft approached its destination in Tijuana, Mexico, on the US border.

Images on local media showed considerable damage to the nose of the 737-800, which was operating Wednesday as Flight 773 from Guadalajara. In a cabin recording, crew members can be heard saying they heard a "pretty loud bang" and asking the control tower to check if the nose was damaged. The collision happened shortly before landing.

"The exact cause is still being investigated," Aeromexico said in a statement. "The aircraft landed normally and the passengers' safety was never compromised."

The potential drone strike stoked fears that the rising use of uncrewed aircraft will endanger planes filled with passengers. While most nations prohibit drones from flying in pathways reserved for airliners, the millions of small consumer devices that have been purchased around the world can't be tracked on radar, making it difficult for authorities to enforce the rules. In addition, many users don't know the rules or don't follow them.

The US Federal Aviation Administration has logged a dramatic increase in the number of safety reports involving drones in recent years and air-carrier industry groups earlier this year called on the government to tighten regulations after a video was released purporting to show a drone flying just feet away from an airliner near Las Vegas. There have been about 6,000 drone sightings by pilots - some of them by airline crews - through June, according to FAA data.

So far, the US National Transportation Safety Board has investigated one confirmed midair collision involving a drone. An Army helicopter hit the small hobbyist device near Staten Island, New York, in September 2017, causing relatively minor damage.

Canada's Transportation Safety Board concluded that a small drone struck a turboprop carrying six passengers near Quebec on Oct. 12, 2017. The drone caused a dent in one wing and the commercial flight was able to land safely, investigators said in a report.

A helicopter crash-landed in Charleston, South Carolina, in February after the pilot attempted to evade a drone, according to a police report.

In a 2017 study based on computerized models, the FAA concluded that drones would cause more damage than birds of a similar size because they contain metal parts. Significant damage to windshields, wings and tail surfaces of aircraft was possible, the study found. But the damage a small consumer drone could cause was unlikely to prove catastrophic, the study found.