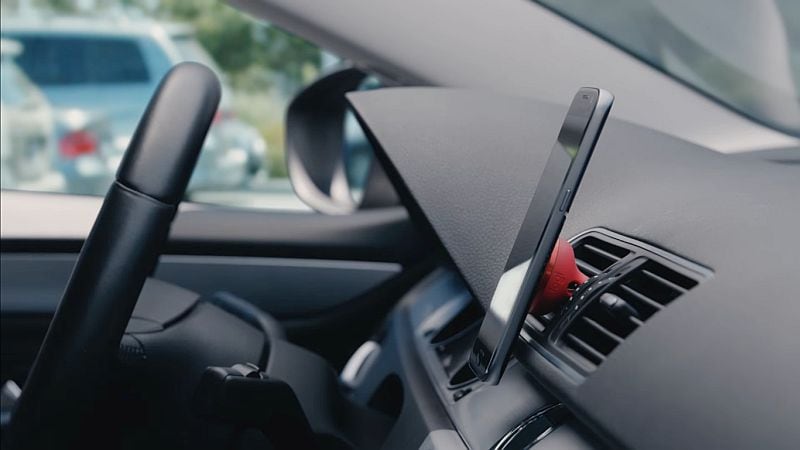 Amazon's virtual digital assistant Alexa is no longer limited to living rooms as the company integrated the assistant in LG's smart appliances showcased at the CES 2017. The company also expanded Alexa into automobiles with a partnership with Ford, Hyundai, and Volkswagen, and other automakers that allowed it to be integrated into cars. Now, Logitech's new ZeroTouch is bringing a cheaper solution for Android users to use Amazon's Alexa without upgrading to a new car. Additionally, Logitech has also launched its new Brio 4K Pro Webcam which it claims to be the top-of-the-line webcam targeted for business and home-office users.

The device is a smartphone mount for your car, and also comes with a companion app that enables you to use Alexa via smartphone. Potential uses include switching the lights on before you get home or listening to a book on Kindle via Alexa on the smartphone mounted in the car. It's automatically activated on your phone when it's placed on the magnetic mount. The new Logitech ZeroTouch can enable you to make calls on smartphones without touching the phone, and also reply to incoming messages on WhatsApp, and other apps via voice commands while you are on road.

Logitech's ZeroTouch is a car mount with voice control currently for Android only. It is available for a starting price of $60 (roughly Rs. 4,000) for basic version while $80 (roughly Rs. 5,500) model offers windshield or dash mount option. Users will have to download a companion app from Google Play.

Logitech's Brio 4K Pro Webcam works with all popular business apps like Skype for Business, and others. The company is targeting YouTubers and vloggers with its latest webcam. The Brio packs RightLight 3 with support for HDR, 4K ultra HD video quality, and 5X zoom. It also supports apps like Windows Hello and other secure infrared-based facial recognition applications.