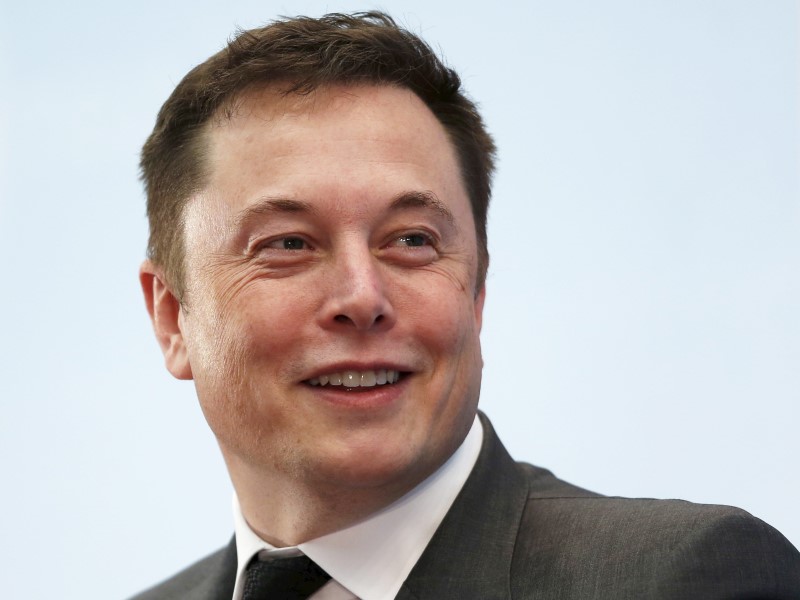 Elon Musk's vision of a Hyperloop transport system that carries passengers in pressurized tubes at near-supersonic speeds is on track to hit a milestone on Tuesday.

Musk outlined his futuristic idea in a paper released in 2013, challenging innovators to bring the dream to life.

Hyperloop Technologies, one of the startups that picked up the gauntlet thrown by Musk, is hosting a "sneak preview of the future of transportation technology" during a two-day event billed as involving a demonstration at a test site outside Las Vegas.

A series of tweets fired from the Twitter account @HyperloopTech teased "big announcements you don't want to miss" and included a video snippet of construction in the desert.

A caption in the video clip heralded a "milestone event" that would be live-tweeted from Las Vegas beginning Tuesday evening there.

The post came with word of an agreement to use an industrial park in the city of North Las Vegas to conduct a Propulsion Open Air Test of the blazingly-fast rail system.

Lloyd described it at the time as a very important step on the way to realizing the full potential of Hyperloop Tech.

"This will be over two miles of tube with a controlled environment and inside that tube we will levitate a pod and accelerate it to over 700 miles (1,125 kilometers) per hour."

He indicated in the post that a full-scale test might not take place until late this year.

Hyperloop did not reveal what components of the system would be shown in a demonstration slated to take place Wednesday at the test site.

That year, Musk unveiled a design for a super-fast transport system dubbed "Hyperloop" that could carry passengers in low-pressure tubes at near-supersonic speeds.

Iron Man
The project could connect Los Angeles and San Francisco in 35 minutes in a low-cost alternative to a high-speed rail network planned for California.

Musk has said he has no plans to build the system but offered the "open source design" to allow others to pursue a venture. He's called the system a cross between a "Concorde, a rail gun and an air hockey table."

Jon Favreau, director of "Iron Man," has referred to Musk as a modern-day "Renaissance man."

In an article for Time, Favreau said he and actor Robert Downey Jr. modeled the main character in the movie - "genius billionaire Tony Stark" -- after the Silicon Valley star.

Musk told Time that his goal was to be "involved in things that are going to make a significant difference to the future of humanity."

South Africa-born Musk has become one of America's best-known innovators, having launched a payments company, electric carmaker Tesla Motors, SpaceX and SolarCity, which makes solar panels for homes and businesses.

He also operates his own foundation focusing on education, clean energy and children's health.

Another approach
Meanwhile, another startup that has picked up the Hyperloop gauntlet announced that its design is incorporating passive magnetic levitation originally conceived by a team at Lawrence Livermore National Laboratory.

"Utilizing a passive levitation system will eliminate the need for power stations along the Hyperloop track, which makes this system the most suitable for the application and will keep construction costs low," Hyperloop Transportation Technologies chief operating officer Bibop Gresta said in a statement.

"From a safety aspect, the system has huge advantages, levitation occurs purely through movement, therefore if any type of power failure occurs, Hyperloop pods would continue to levitate and only after reaching minimal speeds touch the ground."

After Musk published a white paper describing a futuristic mode of super high-speed rail transit, Hyperloop Transportation "rose to the challenge," it said.